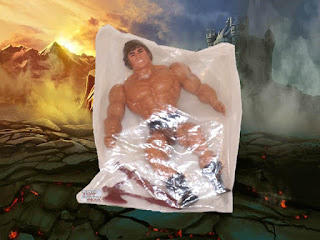 Fans of Masters of the Universe have long since been swept up in the mystery that was the Wonder Bread promotional He-Man figure, which would become known as Savage He-Man until it's official MotU Classics release, Wun-Dar.

However, as recent evidence has shown, what fans once believed to be a promotional tie in with the bread company, may have in fact been a mail away offer directly from Mattel.

The evidence, and credit of this investigation starts with the below video. I encourage you to give it a viewing prior to continuing to read.

Scott "ToyGuru" Neitlich provides the most interesting and fact filled evidence, which appears to solve the mystery once and for all.

Now before I go any further, I want to stress that the images of evidence presented by Mr. Neitlich are used for the purposes of commentary and reporting, which is in accordance with fair use.

My hope is that you watched the video as the original source for this article, and if you did, this information is pretty much going to be a rehash. Basically, the origins of Wun-Dar / Savage He-Man dates back to a promotion from Mattel in 1983, where one could purchase three figures from one of their brands, and in doing so, submit a certificate to obtain a free figure. 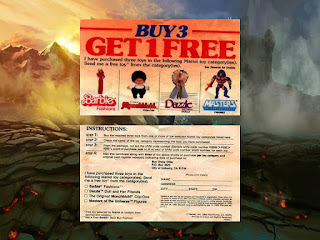 However, when said figure arrived to the home of Barb Hackenberg, she was none to thrilled with her child's response of disappointment. Where were the accessories? Why is this just a naked He-Man figure? 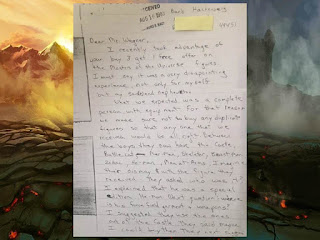 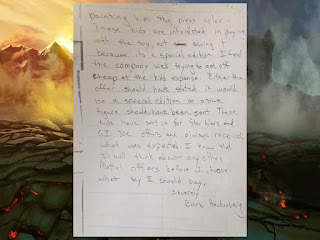 Now to really put into perspective why Barb's letter has such an impact is that you have to think back to the era. There was no internet. Most households didn't own a computer. If you wanted to let a company know how unhappy you were, you first had to do the research to determine who to send said letter to. This often meant long distance phone calls that cost a small fortune, and a lot of note taking.

With this information, you then had to grab a sheet of paper, a pencil or pen, and write that bad boy out. To add insult to injury, you had to then utilize your own store bought envelope and postage stamp. Finally, you had to still be so angry after all the days that had passed that you walked down to your mailbox and actually mailed it off.

Fortunately, this was also an era when companies still cared about their customers. 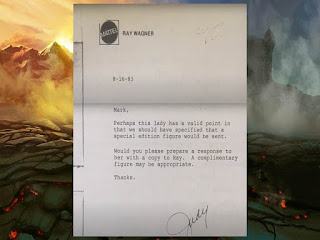 Turns out, not only was the letter received, but taken very serious by then President of Mattel, Ray Wagner. Well, his secretary Judy anyway.

Vice President of Marketing, Mark Ellis was put on the case by her. A response was drafted to Ms. Hackenberg not only apologizing to her for disappointing her and her child, but also with the inclusion of two additional action figures recently released in the Masters of the Universe line. 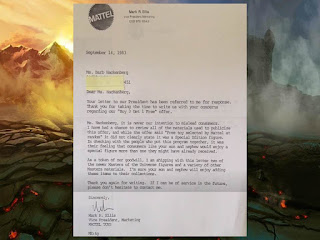 This evidence put forth by Scott seems to solve the mystery of the origins of Wonder Bread He-Man, but then what exactly was the confusion? Why do so many fans of the series remember a Wonder Bread promotion from their childhoods? Well, Scott touches on that too.

In 1986, there was indeed a promotion between Mattel and Wonder Bread. However, this wasn't for an action figure. Instead, much like prior tie ins with the bread maker, this was for a limited trading card set. 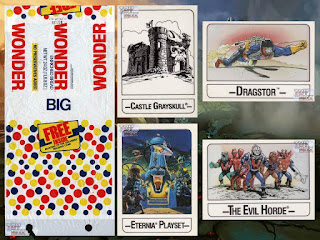 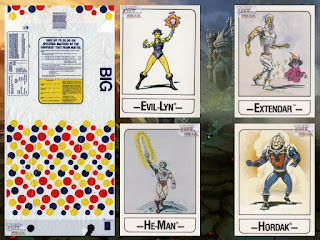 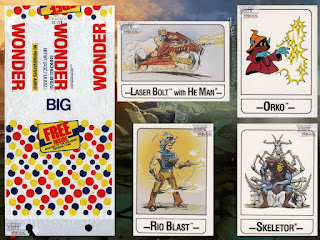 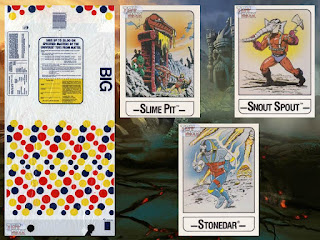 This is the only evidence of any promotions between the two companies, and again helps only to disprove the original fan theories surrounding Wun-Dar. This would also explain why, to date, nobody has been able to provide any form of Wonder Bread promotional package advertising the figure, or any figures for that matter.

Now don't misunderstand. This mystery being solved by no means make the figure any less rarer than it is, and values won't be hindered at all by this. If nothing else, it's relieving to finally have a solid origin to the figure. I would love to track down Barb Hackenberg and ask her if she was aware that she had solved one of toy's greatest mysteries over thirty years after its initial release.

I think what intrigues me the most about how long this mystery remained unsolved was that nobody at Mattel ever bothered to come forward and provide the origins of the figure. Instead, they even capitalized on it with the MotU Classic figure. I would find it hard to believe that the archives of Mattel wouldn't have some information on this, even if the original creators weren't working at the company anymore. 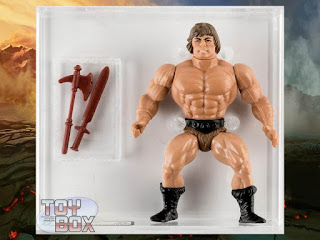 In closing, I again want to state that the source for this article is Scott "ToyGuru" Neitlich, and the photographs of evidence are used for the purpose of commentary and reporting, which is in accordance with fair use.

Posted by The Toy Box on April 28, 2021
Email ThisBlogThis!Share to TwitterShare to FacebookShare to Pinterest