Despite my breaking the film up into six posts spread across three weekends, I actually watched the film in one day. However, I took breaks in between the chapters, utilizing the time to do a few things around the house, as well as type up my posts. I found this beneficial for two reasons. First, it gave me well needed down time from each section of the film, which second, provided me with an opportunity to reflect on what I had just seen and absorb it before being swept off to the next segment. Regardless of doing this, I have to admit that the film's sheer length still caused a bit of fatigue for me overall. Three and a half hours is a long time to commit to watching a movie, even when you spread it out across an entire day.

With that said, let's dive into the final chapter and epilogue. Again, spoilers, but if you read parts one through five, you knew this already. 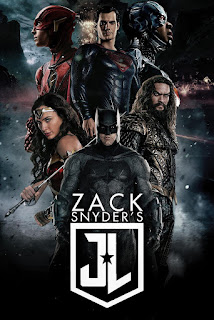 Action, action and more action make up what is the longest chapter in the entire film. Batman, Wonder Woman, Aquaman, Cyborg and The Flash take the fight straight to Steppenwolf's front door, staging an all out assault on his secret base of operations.

The plan, Batman will take out the shields, while Aquaman and Wonder Woman get Cyborg close enough to the combined mother boxes to hack into them. To do this, he'll need a charge from The Flash, who encircles the area, running as fast as he can to generate the electricity.

There's just one problem. Every best plan always fails, and that it does when one of the parademons blasts The Flash with a cannon just as he's about to engage. As Steppenwolf is about to deal a mortal blow to Cyborg, Superman appears to absorb the blow of his axe.

Ultimately, the heroes end up beating down Steppenwolf (mostly from the aid of Superman), and fulfilling their original plan. The mother boxes are destroyed, and Darkseid's plans to take over Earth are foiled.

That's really the long and short of it without taking you on a blow by blow walkthrough of the massive battle. If I had to nitpick, I don't like Superman in his black suit. Traditional red and blue for me, please. The action is only detered slightly by the very beginning of the chapter where we see Clark Kent reunited with his mother at the farm, and then at the end for the epilogue. 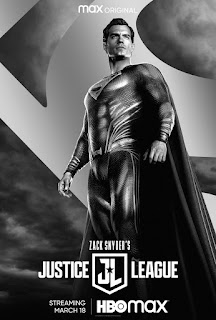 Speaking of which, the epilogue both wraps up the story arcs of the characters, while also offering us a glimpse at a dark dystopia future world. There are brief cameos by Deadshot, Lex Luthor and Joker, and because a large portion of this turns out to be a dream sequence, I honestly don't know if the part where Luthor divulges Batman's identity aboard his yacht to Deadshot is part of that or if it took place prior to the dream. The film ends with Bruce Wayne awaking from his dream and meeting Martian Manhunter.

Overall, the film was fantastic. I really enjoyed it, though I am glad I broke it up into segments. What will be interesting to see is if Warner Brothers retcons this film in place of the original theatrical release. I certainly hope so, as it leaves room for a potential sequel, and certainly establishes the franchise DC was going for to begin with. If they don't, it would honestly be a missed opportunity, and quite frankly, stupid considering the amount of money it cost to make this movie.

This film excites me to see what will come from the DC universe films, but again, only if they cement this film as part of the lore. I would certainly watch a sequel, and if you have HBOMax, I recommend you check this one out if you haven't - Even though I would you have already if you kept up with six spoiler filled posts.

Take note, Hollywood! Listen to the fans. If you give us what we want, we will support you.

Posted by The Toy Box on April 04, 2021
Email ThisBlogThis!Share to TwitterShare to FacebookShare to Pinterest
Labels: Zach Snyder's Justice League