Below is a recap of all the post we've covered in January 2009. If you missed any, or simply want to see them again, click on each "title" to be taken directly to that post. As always, thanks for reading.

Posted by The Toy Box on January 31, 2009 No comments:
Email ThisBlogThis!Share to TwitterShare to FacebookShare to Pinterest
Labels: Recap

In 1983 the popularity of G.I. Joe grew ten fold. Demand for the toys was way higher than the supply could ever keep up with. The first series was virtually impossible to find.

Though what was cool about Hasbro was that the mail away figure released with the first series would find its way to store shelves on a card back. While they did this for a little while with some of the other mail away figures, they eventually became just that, and were not offered in stores. But, this wouldn't happen for while. 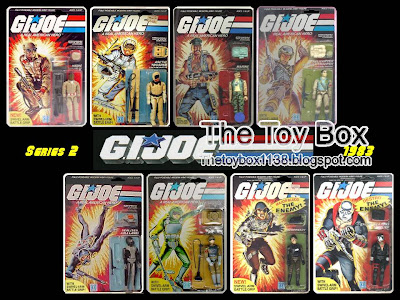 Backed by the cartoon series, kids were being introduced to new characters with each episode, so while some of the figures were virtually unknown just yet, this didn't stop children from high tailing it to the stores to swoop them all up.

New to this series was also the swivel arm battle grip. Meaning that the arms were now capable of swiveling not only up and down, but also side to side, giving the figures a more realistic “feel” to them. Kids ate this concept up, and over time, every toy making company went this way for their action figure lines. The swivel arm would be in place from now until the series end. 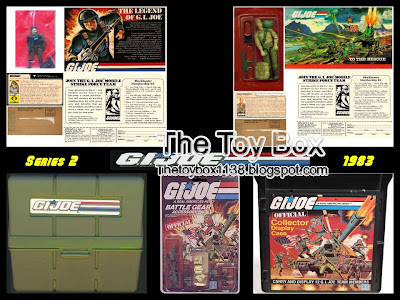 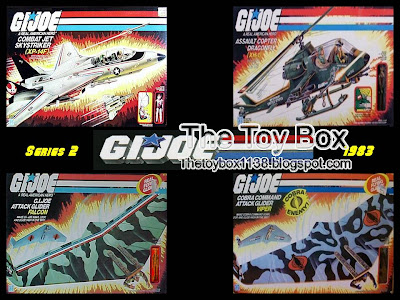 Again most were only available with the purchase of specific vehicles, but some were available carded by themselves. 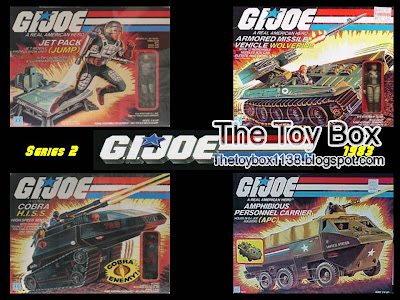 New to the mail away game was the Joe leader himself, Duke. While Duke would later be available carded, and in the more rarer JC Penny and Sears "bubble" versions, this particular release was sent in your usual mail away bag which included his stat card.
An accessories pack and figure carry case was also made available this year. But, the downside to the case was that it only held 12 figures - Far from enough space for all your toys. 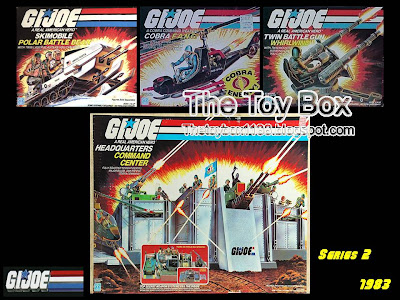 Hasbro released a wide variety of vehicles this time around. A Joe base was also produced for the second series of toys. 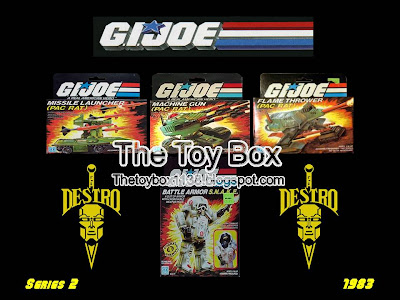 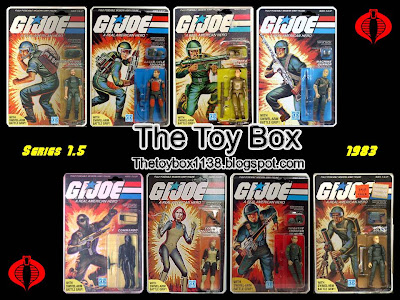 Hasbro also did something that many children loved. They re-released the entire first series, but updated them with the new swivel arm concept. Not only did this make those hard to find figures easier to obtain, but also made them fit in with rest of your Joes. Not only that, but Hasbro also included the mail away Cobra Commander on a card.

While they didn't fly off the shelves as quickly this time, supply was at least able to keep up with demand. With most action figure lines, one could always find an abundance of female characters on the shelves, but some of the cooler male looking figures were always a little tough to get a hold of. That's just how it was back then. Guys played with guy figures. 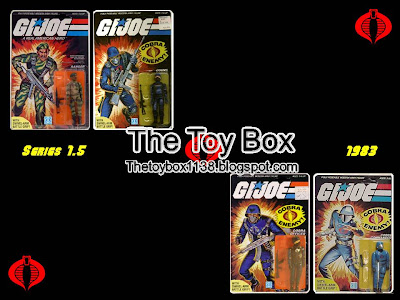 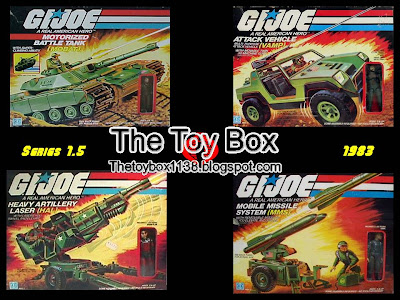 To add even more icing to the delicious Hasbro cake, Hasbro also re-released all the original vehicle drivers and vehicles.

It basically felt like while the first series came out in 1982 that the series didn't begin until 1983. All the figures were readily available, and children could pick and choose with glee. It also helped that at this time in the world, collecting action figures was still a child's joy, so kids could find what they were looking for without paying outrageous prices or more than likely, doing without.

But, now-a-days, collecting action figures has become more of an adult hobby. Toys are marketed specifically towards adults because toy companies know that they're the ones with the money...or credit cards.

For the rest of you who have moved on from plastic toys, you'll always have our memories, and that's really what counts.

Stay tuned for our look at Masters of the Universe!

Click "HERE" to go back to the home page. For more posts related to this one, please click the labels below.
Posted by OK Records 1138 on January 19, 2009 7 comments:
Email ThisBlogThis!Share to TwitterShare to FacebookShare to Pinterest
Labels: 1980's, A Real American Hero, G.I. Joe, Hasbro 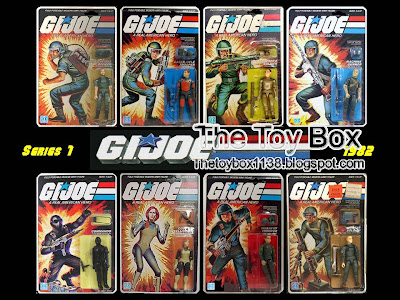 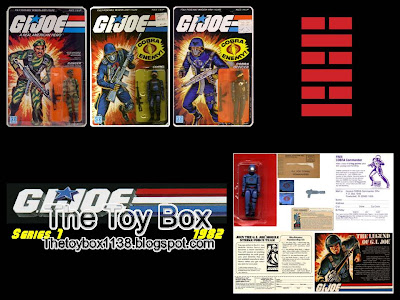 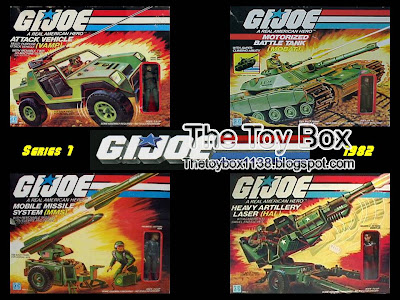 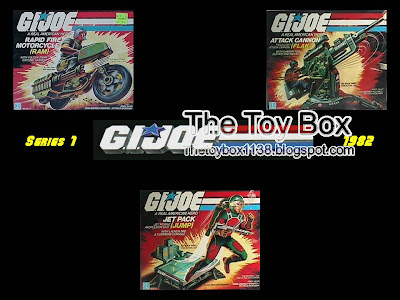 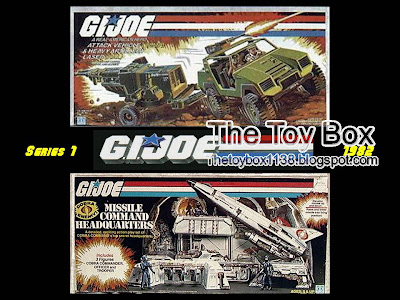 Click "HERE" to go back to the home page. For more posts related to this one, please click the labels below.
Posted by OK Records 1138 on January 05, 2009 4 comments:
Email ThisBlogThis!Share to TwitterShare to FacebookShare to Pinterest
Labels: 1980's, A Real American Hero, G.I. Joe, Hasbro
Newer Posts Home
Subscribe to: Posts (Atom)