Below is a recap of all the post we've covered in March 2009. If you missed any, or simply want to see them again, click on each "title" to be taken directly to that post. As always, thanks for reading.

Posted by The Toy Box on March 31, 2009 No comments:
Email ThisBlogThis!Share to TwitterShare to FacebookShare to Pinterest
Labels: Recap

M.A.S.K. - Mobile Armored Strike Kommand. The life of M.A.S.K. started out as a seventy-five episode syndicated television series which ran from 1985 to 1986. It featured a special task force featuring an array of characters, led by Matt Trakker, with transforming vehicles engaged in an ongoing battle against the criminal organization V.E.N.O.M. (an acronym for the Vicious Evil Network of Mayhem), with an emphasis on super-powered masks worn by the characters on the show.

Kenner produced a series of toys which ran twice as long as the actual television show (1985-1988). The series focused mainly on the vehicles, but still managed to produce several figures which were packed in with each vehicle and playset as well as on bubble cards of their own.

The two packs of figures only contained the figures and their masks. 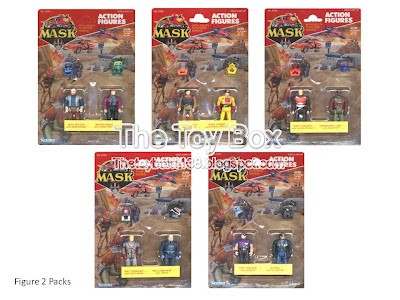 Advenure packs were single pack figures that included an assortment of accessories. 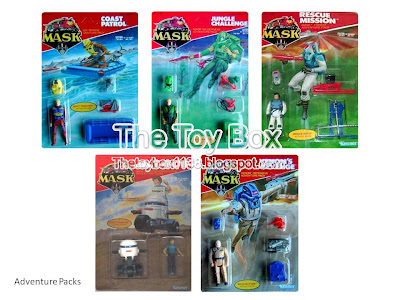 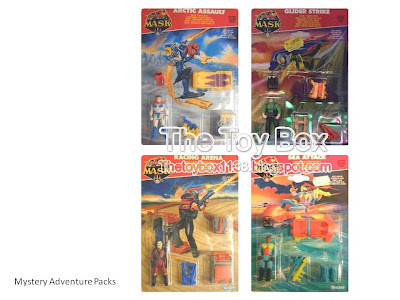 The "meat" of the series definitely lied in the vehicles. Kenner appeared to put the majority of their efforts and production value into the four waves. 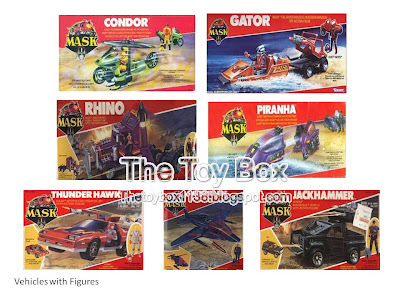 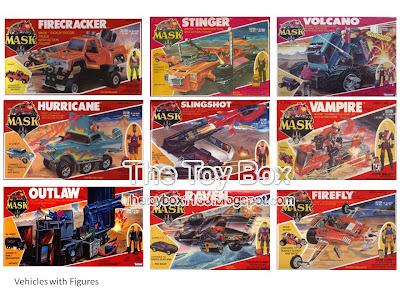 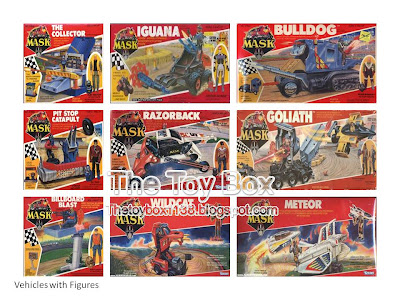 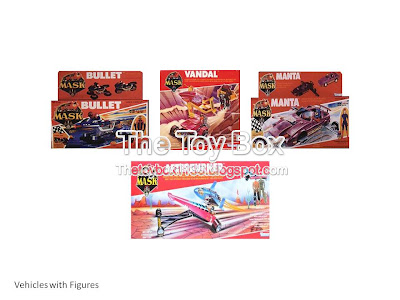 The final wave of vehicles produced were under the sub series "Split Seconds". These were based off of the final ten episodes of the show (season 2), where the series focused more on a racing premise as opposed to M.A.S.K. vs. V.E.N.O.M.

An anonymous reader commented to let us know that the above is not actually entirely correct. As the reader clarified for us, none of the Split Seconds vehicles appeared in the show at all. The wave prior to it which contained Wildcat, Bulldog, etc. appeared in the racing episodes. 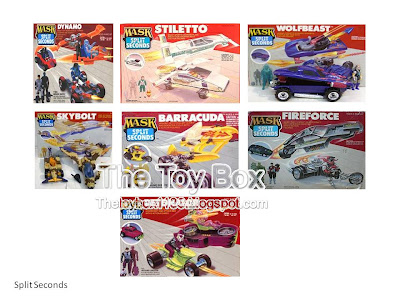 The only playet produced for the line was Boulder Hill. In terms of playsets, it didn't offer much interactive play, but was still a great addition to the line. 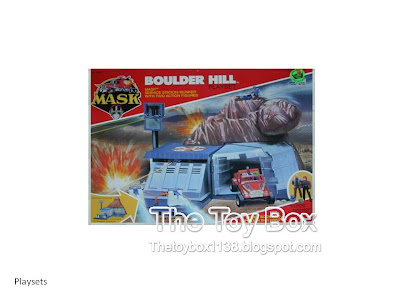 M.A.S.K. is a hit or miss show with the majority of people who watched it. They either loved it, or hated it. For those select fans who loved it, the toys are a great addition to their collections, and a fond memory of a cherished childhood.

For those fans, please enjoy the opening theme from M.A.S.K.

Click "HERE" to go back to the home page. For more posts related to this one, please click the labels below.
Posted by OK Records 1138 on March 30, 2009 12 comments:
Email ThisBlogThis!Share to TwitterShare to FacebookShare to Pinterest
Labels: 1980's, Kenner, M.A.S.K. 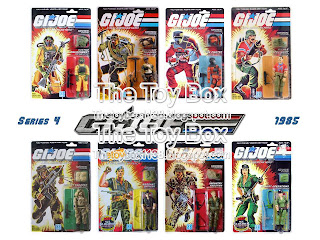 1985...The year of the Joes! The 1985 series is considered to be the best set released in the entire G.I. Joe line. This would also be the largest set released since the series began, but would not be the largest released to date. Believe it or not, with each passing year, sets kept getting larger, and larger all the way up to 1994.

The 1985 series didn't hold back. Releasing even more of the most popular figures, the series included twenty grunts, six vehicles drivers, one Listen N Fun figure and a new mail away offer. 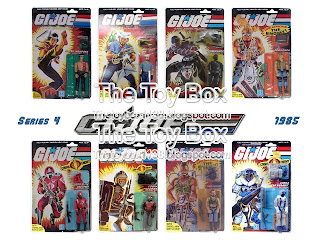 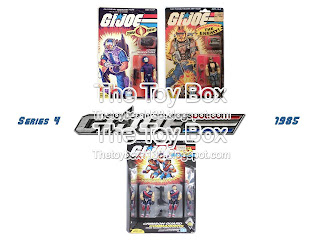 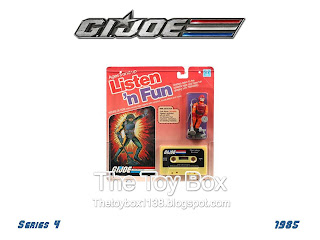 A new concept to be introduced to the G.I. Joe line was the figure/cassette combo which included the figure Tripwire (dubbed Tripwire Version 2). Listen n Fun Tripwire did not come with a traditional filecard. However, there was a small yellow filecard-like description on the front of the card. The tape itself included a narrated story entitled, "The Cobra's Revenge," not to be mistaken with the animated mini series, "The Revenge of Cobra," which aired on TV.

Much like the prior series, the vehicle drivers came with their respective vehicles from the show and included; Crankcase, Frostbite, Heavy Metal, Keel-Haul, Lamprey, and Tollbooth. 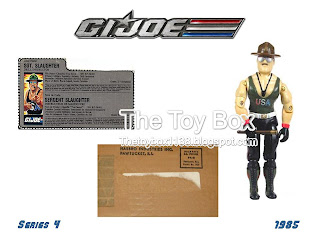 Battle Gear Accessory #3 was also released during the 1985 period as was the mail away parachute. 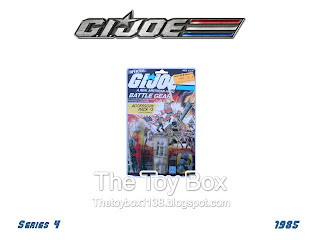 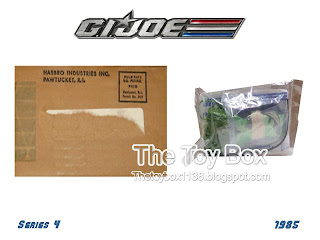 Vehicles came in all shapes and sizes, and varied in price range as a result. What's interesting to note about the vehicles (and playsets) from 1985 is that several were made available via mail order, and varied slightly in color between the retail version. 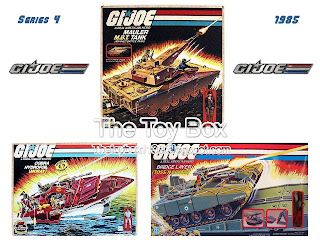 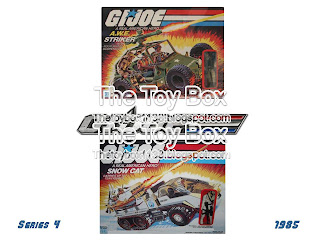 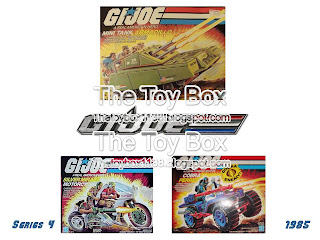 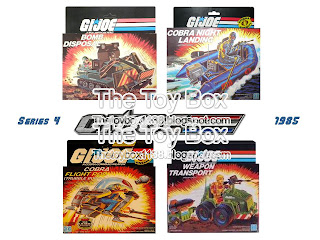 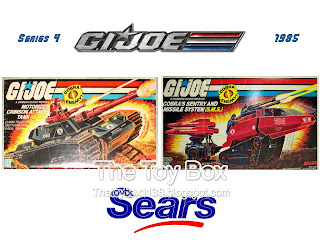 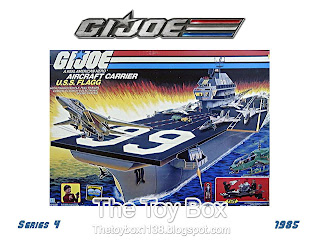 Back in 1985 there were two kinds of kids - Those who had the coveted USS Flagg, and the rest of us. The rest of us were the majority by the way. Yes, you who had this gigantic toy were the kid that everyone wanted to play with, yet at the same time everyone hated. It was the mother of all playsets, and one that has yet to be topped even today in shear size and fun. Where else could you find a playset large enough to hold other vehicles on top of it?

The rest of us had to be content with the much smaller Tactical Battle Platform or the variety of even small peg boxed playsets. 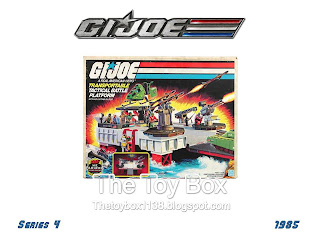 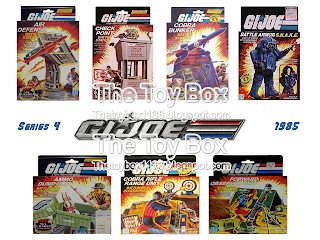 Tell me, does the name Matt Tracker mean anything to you? If so, then you were probably a fan of the short lived M.A.S.K. series. Stay tuned for part 7 when we take a look at the complete M.A.S.K. series!

Click "HERE" to go back to the home page. For more posts related to this one, please click the labels below.
Posted by OK Records 1138 on March 16, 2009 3 comments:
Email ThisBlogThis!Share to TwitterShare to FacebookShare to Pinterest
Labels: 1980's, A Real American Hero, G.I. Joe, Hasbro 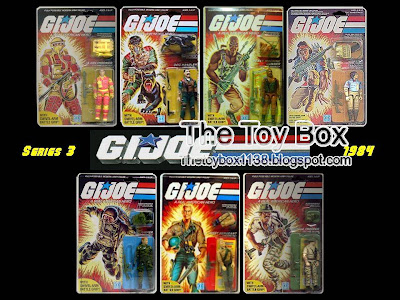 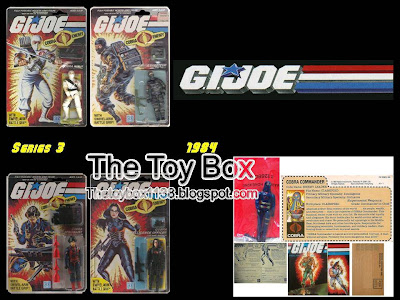 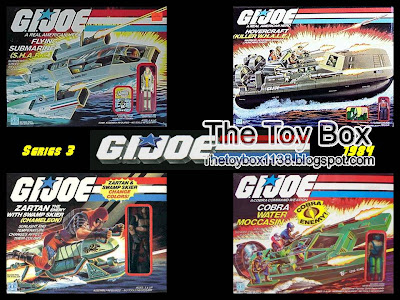 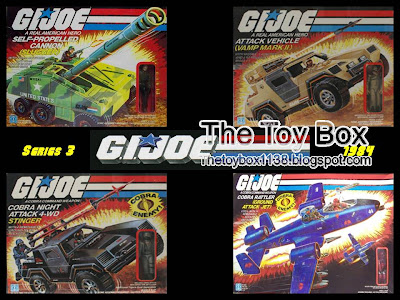 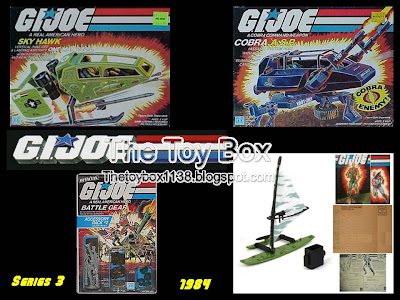 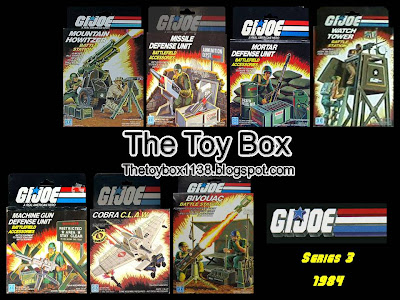 Click "HERE" to go back to the home page. For more posts related to this one, please click the labels below.
Posted by OK Records 1138 on March 02, 2009 3 comments:
Email ThisBlogThis!Share to TwitterShare to FacebookShare to Pinterest
Labels: 1980's, A Real American Hero, G.I. Joe, Hasbro
Newer Posts Older Posts Home
Subscribe to: Posts (Atom)