The Sylvers hit my radar relatively early in my young life with their 45 single, Boogie Fever. This would be the only song I would ever hear from the funk group. Until today that is.

The family based group got their start opening for the likes of Ray Charles and Johnny Mathis before cutting their own singles and eventually releasing what would become their ten studio albums between 1972 and 1984. Despite their volume of records, it's interesting to note the group only had a handful of successful hits.

Though they initially started with six members, the group would expand by their fourth studio album Showcase to nine family members. It would be this record which would feature their most popular hit, Boogie Fever. 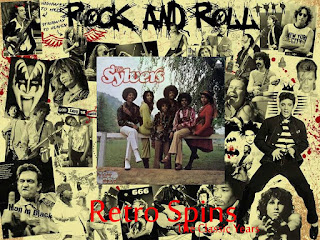 Despite being released on labels such as Pride, Capitol and MGM, their first album had a very Motown vibe to it. I definitely got the sense that they were trying to bottle some of that Jackson 5 magic, but unfortunately, their debut album doesn't manage to do this at all.

While I didn't hate what I was hearing, I also didn't hear anything that necessarily impressed me. Overall, it was a rather bland experience. None of the ten tracks popped with that funky sound I had heard from Boogie Fever, and it really failed to make any for of impression. If anything, it was actually forgettable.

I kind of had high hopes for this album, and I have to admit, I was a bit disappointed.