Below is a recap of all the post we've covered in June 2010. If you missed any, or simply want to see them again, click on each "title" to be taken directly to that post. As always, thanks for reading.

Posted by The Toy Box on June 30, 2010 No comments:
Email ThisBlogThis!Share to TwitterShare to FacebookShare to Pinterest
Labels: Recap 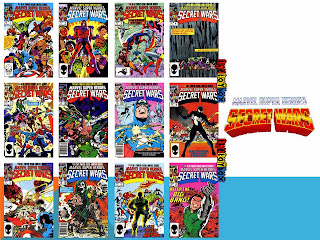 Secret Wars was not Marvel's first effort in the realm of the limited series crossover, but while the relative merits of the series, and its sequel, are certainly debatable, the release of Secret Wars in May of 1984 was extremely well-received by comic buyers. Each issue sold nearly three quarters of a million copies. Written by then Editor-In-Chief Jim Shooter, Secret Wars was an event that helped to define the direction of the Marvel Universe for years to come. 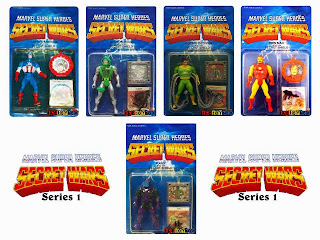 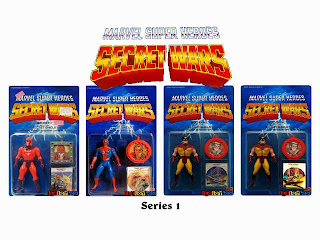 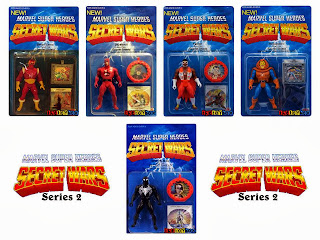 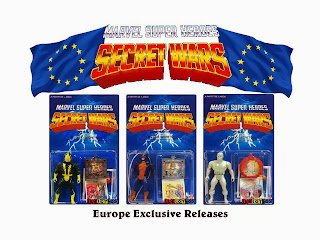 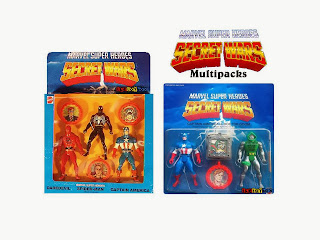 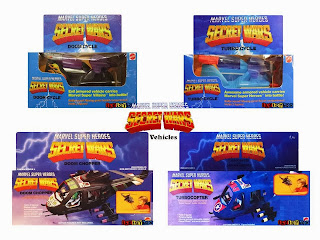 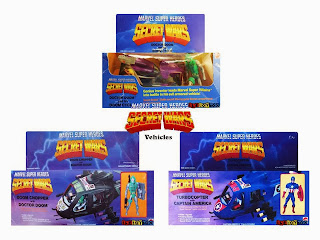 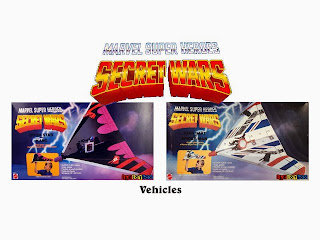 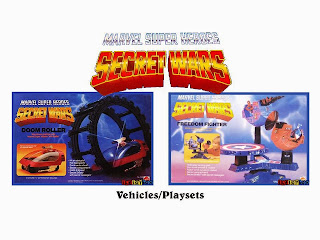 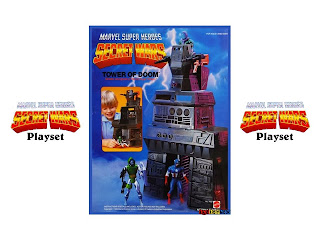 While the action figure series didn't last too long, Marvel would once again use the "Secret Wars" banner for a follow up story arc the following year. Though the series sold well, many fans pan the sequel. As for why, I really can't state this  reason any better than one Reddit user already did:
"Secret Wars II started the very bad trend of needing to read the tie-ins to get the complete story. In the first Secret Wars you could just read the 12-issue main series to get the whole story. The other titles just showed the heroes getting taken away from Central Park on the last page of one issue and then they arrive back the next issue with unexplained changes (Spidey's black costume, Fantastic Four - Thing + She-Hulk. It made you want to read Secret Wars to see what happened. Secret Wars used the long-standing titles to promote the series where as Secret Wars II (and most modern events nowadays) use the event title to boost sales of the long-standing titles." - Reddit user c_is_for_classified 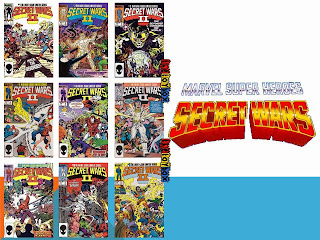 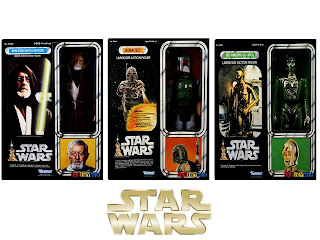 In an attempt by Kenner and Lucasfilm to make Star Wars a franchise for young girls as well as boys, 12 inch, or in the case of the smaller characters, 5 inch dolls were produced. But, unlike your typical Barbie doll, these dolls appealed to both boys and girls.

The detail allowed for a 12 inch doll was incredible as compared to the popular 3 and 3/4 inch figures. Not only were the figures exceptionally sculpted, but so were the weapons that each character came with. The clothes were nothing to frown at either.

Eleven dolls were produced under the "Star Wars" banner. The initial concept was to create the main characters, and then simply design and market clothing for each of them as the series progressed, and outfits changed. Had the dolls been a huge success, it's probable that even clothing not seen in the films would have been designed. 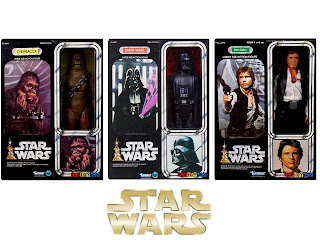 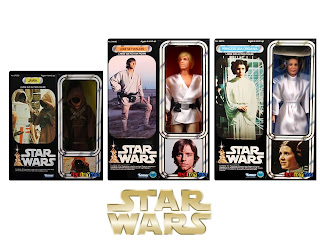 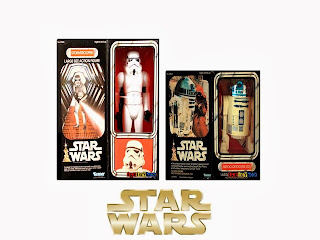 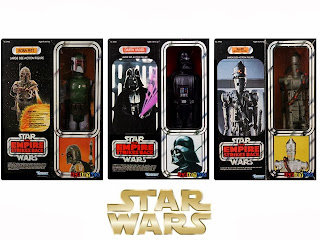 However, by the time The Empire Strikes Back hit theaters, it was very apparent that while girls were interested in what was to become the Star Wars Saga, the toys themselves had little to no draw for them. Due to poor sales, the line was eventually dropped, but not before IG-88 was released under "The Empire Strikes Back" banner, as well as a handful of the originally released dolls (not all pictured).

A revision attempt at the 12 inch line during the Star Wars boom of 1995 (AKA when the general public took interest again) was tried. It was moderately successful, but not enough to constitute a "regular" series of dolls. However, this revitalized series continues to have releases. They are marketed more towards hardcore collectors, and are often produced in very limited numbers as most are exclusives to particular stores or events (conventions, SW Celebration, etc.).
If there's one thing that I personally enjoy about these types of series is that they're really just fun to look at. That's part of the reason I enjoy doing these little posts. It's like a mini museum of a particular series.

Click "HERE" to go back to the home page. For more posts related to this one, please click the labels below.
Posted by OK Records 1138 on June 07, 2010 No comments:
Email ThisBlogThis!Share to TwitterShare to FacebookShare to Pinterest
Labels: 1970's, Dolls, Kenner, Star Wars
Newer Posts Older Posts Home
Subscribe to: Posts (Atom)