Below is a recap of all the post we've covered in September 2010. If you missed any, or simply want to see them again, click on each "title" to be taken directly to that post. As always, thanks for reading.

Posted by The Toy Box on September 30, 2010 No comments:
Email ThisBlogThis!Share to TwitterShare to FacebookShare to Pinterest
Labels: Recap 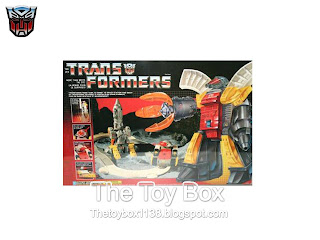 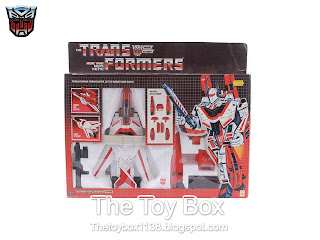 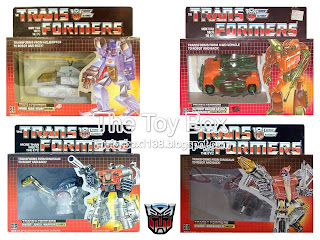 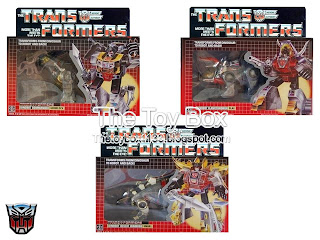 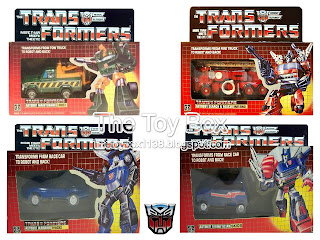 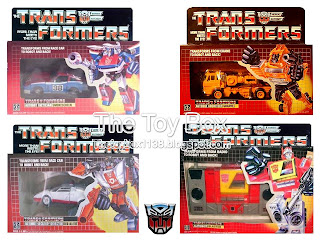 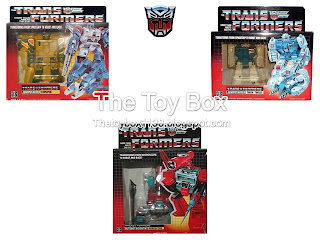 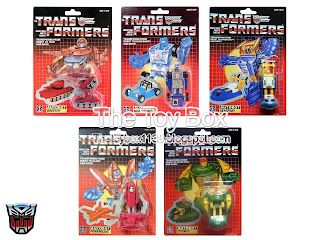 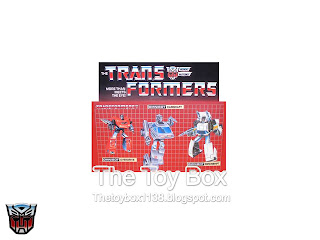 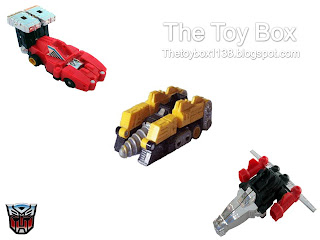 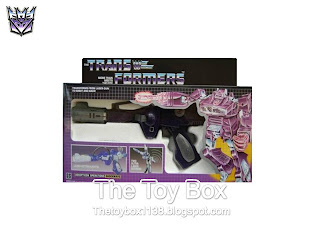 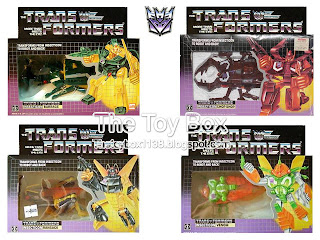 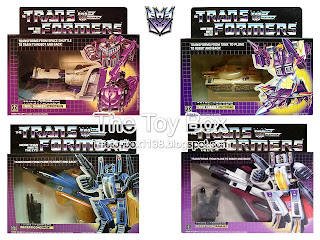 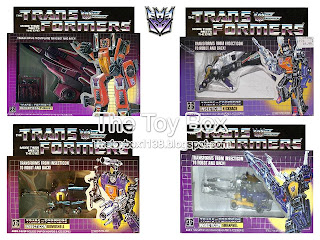 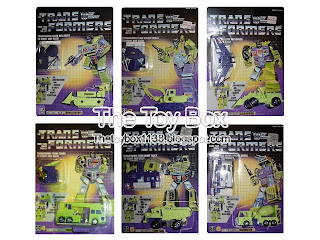 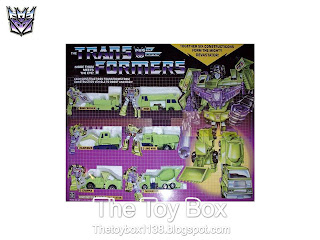 1985 was a sad, sad year for Star Wars fans. It would be the last year for over a decade that Star Wars merchandise would be released in abundance. To true fans of the Saga, Star Wars never died. However, for the majority of consumers, no new movies meant no interest. 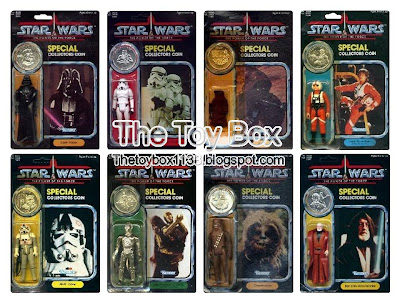 Despite its very limited run, without a doubt the Power of the Force line of figures to date are some of the very best. Kenner reached deep into the Star Wars films and pulled out numerous unique and wonderful characters to sculpt.

Granted there was a fair share of figures from the prior lines, but at this point it is conceivable that this was Kenner’s last attempt at getting rid of overstock - Mainly because the supply was very limited, and the figures themselves seemed rather random. 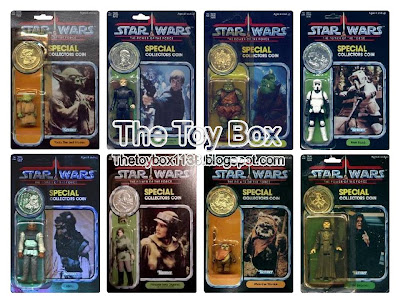 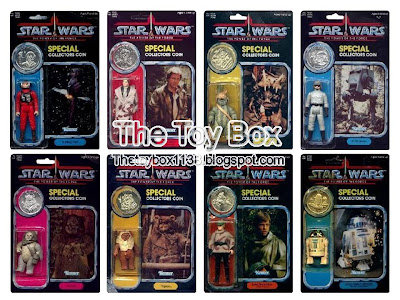 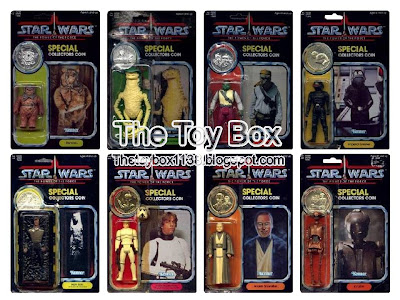 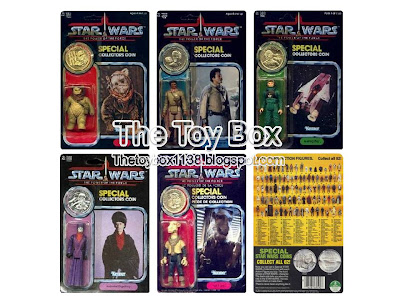 The Power of the Force line brought the total figures produced to 92. This in turn saw the production of one final card backer. On the back of the card was an advertisement for what would become the most collectible item in the vintage Star Wars line...The collectible coin.

Worth noting is that the Yakface figure was never released in the United States, but yet many fans and collectors in the U.S. don't consider a collection complete until it is obtained. 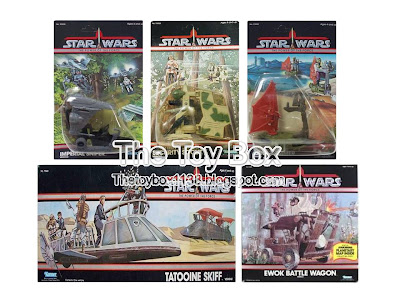 Kenner produced a very limited amount of vehicles to accompany the Power of the Force line. A total of five to be exact, and only one were actually seen on screen. The other four seemed a rather cheap attempt from Kenner to soak out the last bit of change from consumers on a line that would soon be cancelled.

On the bright side, these vehicles were only released in the United States. Other countries received repacked vehicles that had been released in prior series, such as the X-Wing and TIE Fighter. 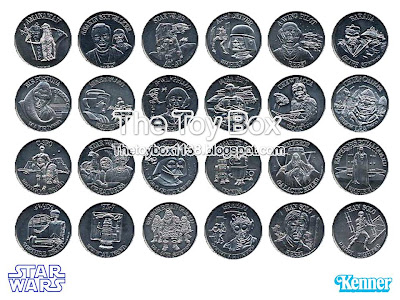 As stated above, the coins would become the most collectible items in this line. So much so that loose figures without the coin are worth considerably less than they would be with it.

What makes these coins so rare is that the bulk of them were only available via a mail in offer that was made available towards the tail end of the line. Because of this, very few complete sets are known to be in existence. 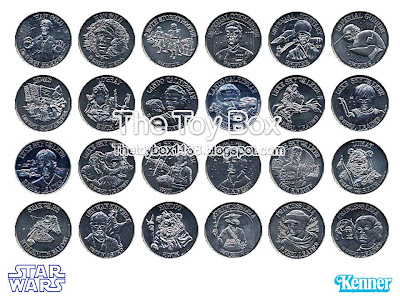 A total of sixty-three silver coins were produced (though only 62 were made available to the public) with a few also being minted in gold, and one being minted in bronze. Worth noting is that all the carded figures came with their respective coin with the exception of the AT-AT Driver and Nikto who were packaged with a Romba (the Ewok) coin. Despite the many coins that were produced (between the carded figures and mail away coins), these two never got their own coin.

Depending on the production run, there were also variations to the backs of the coins, three of which are known to exist. 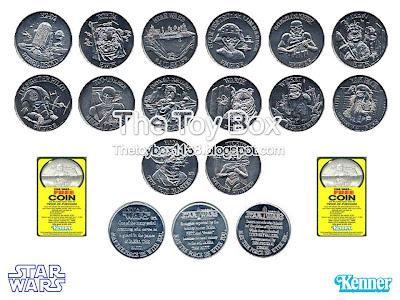 For those lucky few collectors in 1985 who sent in enough proof of purchases in one lump sum, and a written request letter, Kenner actually did send full sets that were hand picked from the warehouse. The coins were then mailed in plastic protective sleeves - an act which was much appreciated by collectors looking to keep their coins for a lifetime, and possibly even pass on to their families.

It really was a sad time for Star Wars fans. As merchandise slowed down, and eventually stopped coming at all, it was clear that we'd have to find our Star Wars fix elsewhere. It didn't help matters much that Kenner had produced several prototypes and even began advertising for figures that never made it to store shelves.

Fortunately Star Wars received a huge revitalization in the public's eye in 1997, and the toys haven't stopped coming since. But, that's a post for another time...