Below is a recap of all the post we've covered in May 2009. If you missed any, or simply want to see them again, click on each "title" to be taken directly to that post. As always, thanks for reading.

Posted by The Toy Box on May 31, 2009 No comments:
Email ThisBlogThis!Share to TwitterShare to FacebookShare to Pinterest
Labels: Recap 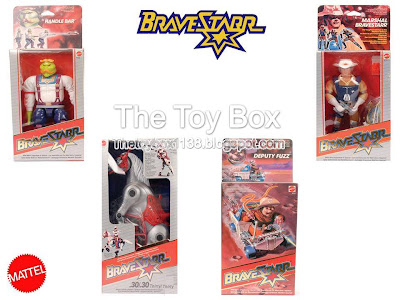 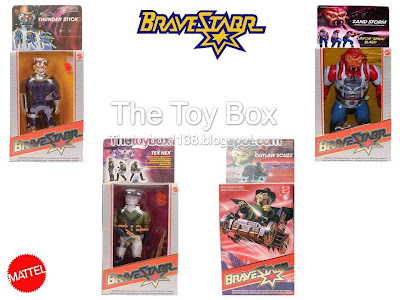 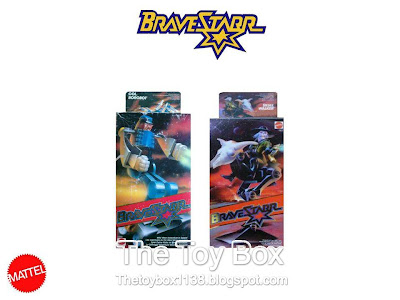 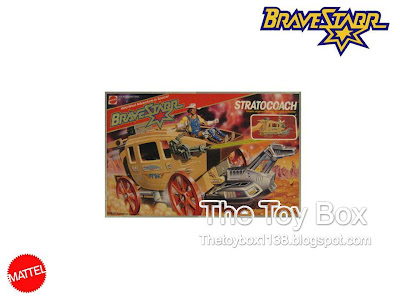 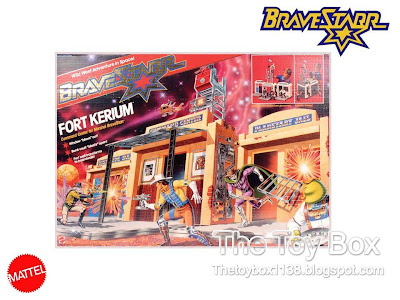 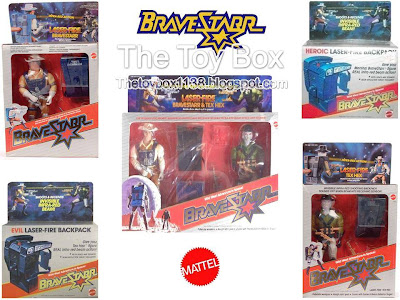 Click "HERE" to go back to the home page. For more posts related to this one, please click the labels below.
Posted by OK Records 1138 on May 25, 2009 3 comments:
Email ThisBlogThis!Share to TwitterShare to FacebookShare to Pinterest
Labels: 1980's, Bravestarr, Mattel

Silverhawks was an animated television series which began in the fall of 1986. In the story, the 26th century galaxy of Limbo is under attack by MonStar, free after 100 years of imprisonment. Five volunteers from earth undergo a transformation to become part metal, part human and travel to the Limbo galaxy to battle MonStar and his allies.

To coincide with the series, Kenner produced numerous toys. The figures themselves all had an action feature, with the heroes having a wing "snapping" action when you pressed the legs together. The figures were made of plastic chrome which was very susceptible to wear. Each figure came packaged with a companion bird.

The first series of toys hit shelves in 1987 with the following figures; Copper Kid with May Day, Quicksilver with Tally-Hawk, Steelwill with Stronghold, Steelheart with Rayzor, Bluegrass with Sideman, Hotwing with Gyro, Stargazer with Sly-Bird, Flashback with Backlash, MonStar with Sky-Shadow, Mo-Lec-U-Lar with Volt-Ure, Mumbo-Jumbo with Airshock, and Buzz-Saw with Shredator. 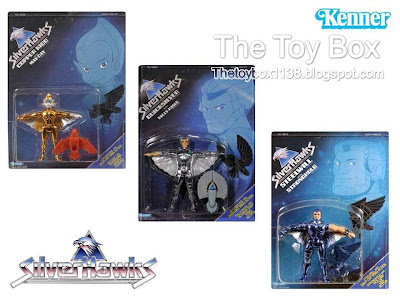 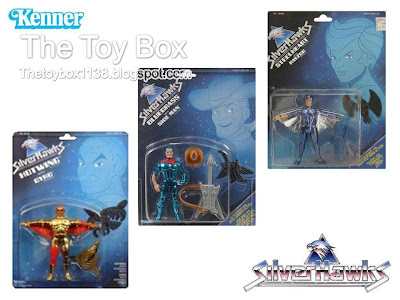 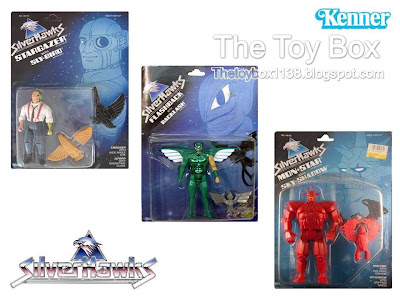 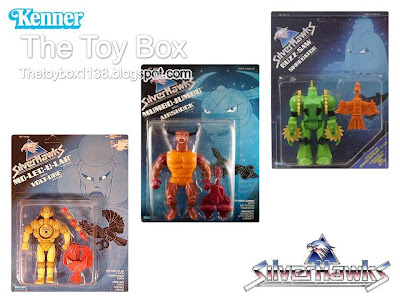 The second series of figures are generally harder to find than the first, with Ultrasonic Quicksilver being the most difficult to locate. 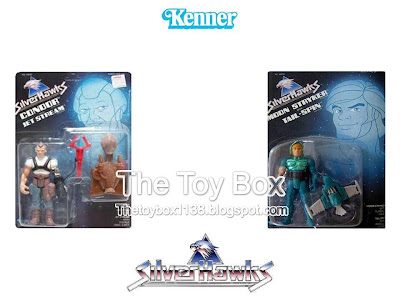 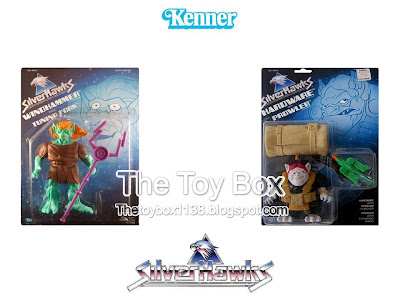 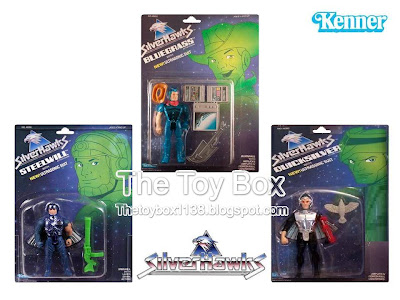 Unfortunately the majority of figures being sold on secondary markets are opened, and it is becoming increasingly difficult to find mint on card ones. Because of this, one carded figure can fetch several hundreds of dollars.

Throughout the series, six vehicles were produced. They were; Tally-Hawk, Stronghold, Sky-Shadow, Maraj, Sprint Hawk, and Sky-Runner. 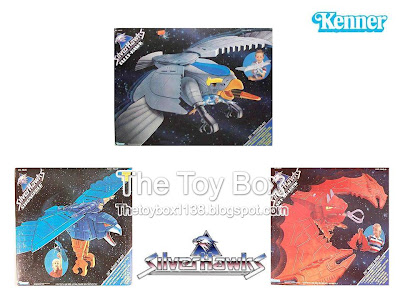 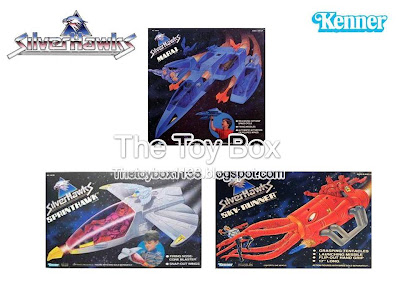 The toy line of Silverhawks is considered as short lived as the cartoon series was(which never really took off in the U.S.). While there are legions of dedicated fans whom stand behind both of them, it unfortunately wasn't enough during the 80's to keep the series alive. Fortunately for those fans they will always have their cherished memories and collections to remind them, and after all, whether a series is popular or tanks, all we really have in the end are our memories, and that, for the most part, is all we really need to be happy.

Click "HERE" to go back to the home page. For more posts related to this one, please click the labels below.
Posted by OK Records 1138 on May 11, 2009 6 comments:
Email ThisBlogThis!Share to TwitterShare to FacebookShare to Pinterest
Labels: 1980's, Kenner, Silverhawks
Newer Posts Older Posts Home
Subscribe to: Posts (Atom)