It's been a minute since we've last had a mail call here at The Toy Box. No better time than now.

First up, let's go back about a month to a trip to Target. It was here that I came across a yellow box of cereal that halted me in my tracks. 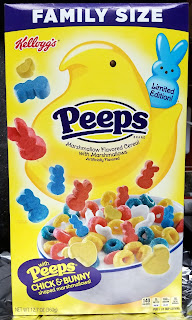 Now, I do enjoy me some Peeps. In fact, any marshmallow treat will do me just fine. So when I saw this cereal staring at me, I was all over it. However, it wasn't until just a week or so ago that I finally cracked it open and had a taste.

I poured it into my brand new cereal bowl, an awesome Fallout themed Sugar Bombs design and snapped a few photos. 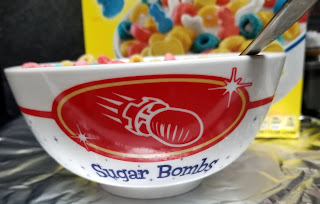 Yes, the cereal was amazing. 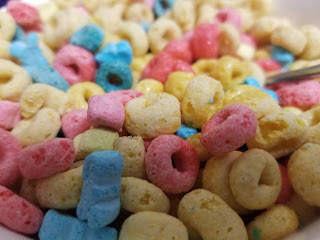 Delicious yellow, blue and red hoops encompass the majority of the cereal. This is complimented by bunny and chicks shaped marshmallows of the same color scheme. 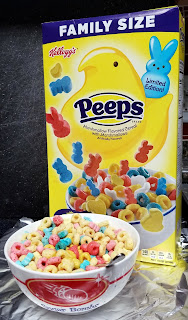 As a whole, the cereal just works. It's lightly sweetened, offering a nice flavor, while not being a sugar overload, or bland mess.

Though it does say, "Limited Edition" on the box, I have to wonder if this is limited to Easter time, but will still be available annually. You know, much like the Count and his pals are cordoned off to Halloween, though their boxes never say anything about being limited. I hope these will be back next year (and beyond). I need a new seasonal tradition breakfast cereal.

To compliment my cereal moments, I got the perfect mugs for enjoying my coffee in. They're only to the greatest (fictional) amusement park of all time, Nuka-World! 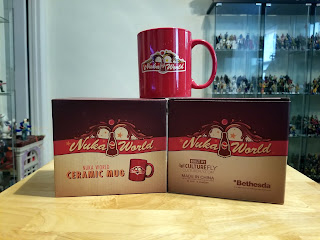 Boy, who wouldn't love if this place was real? I mean, not with the wasteland setting and Raiders everywhere. Rather, a fully functional theme park.

I also finally got around to plugging a gap in my original The Amazing Spider-Man run. 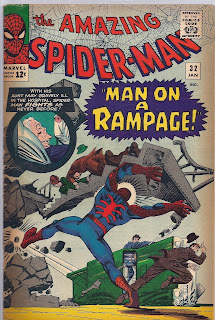 I've had issues 31 and 33 for a while now, but never procured issue 32 until just now. I'm not sure why I waited so long. It just kind of fell off my radar.

I'm still missing seventy-six issues between number one and two-hundred, and while I suspect I will finish up 100 - 199, which comprises of eighteen of those seventy-six, Though I'll fill in gaps where I feasibly can, I don't ever foresee myself getting all fifty-eight of the issues between 1 and 99. I don't have thousands of dollars to spend on one comic book.

Last up is for you Joe fans! 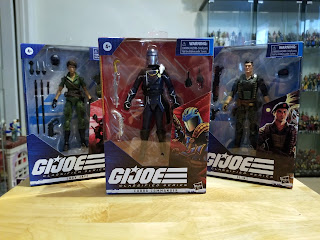 Yeah, buddy, the new wave of G.I. Joe Classified, featuring Lady Jaye and Flint are cropping up. While I had these pre-ordered from Pulse, I keep tabs on one particular seller who not only seems to get figures well in advance of their arrival in stores, but doesn't rake people over the coals in selling them. To me, it's just worth it to grab them all in advance, and not wait months for Hasbro to receive, box and ship everything out. Honestly, I don't know why I even bother pre-ordering anymore.

I'm going to do an unboxing post here soon, and in doing so will scrutinize over that Cobra Commander one to see if there are any differences from prior released versions to this one. I'll let you know if I find anything. Until then, that wraps it up for me.

Posted by The Toy Box on April 12, 2021
Email ThisBlogThis!Share to TwitterShare to FacebookShare to Pinterest
Labels: Mail Call!