My next paragraph is going to start with the spoilers, so read on only if you dare.

Superman is back! Utilizing the last mother box, Cyborg's abilities to interact with his Kryptonian ship and The Flash's ability to create an electric wave, Superman's once dead body returns from the grave. There's only one problem. He doesn't remember who he is.

As our heroes surround him, Cyborg's auto-defenses take control and open fire on the Man of Steel. This act is enough to enrage him into battle with them, a battle which he is poised to win with minimal struggle. It's only a result of Lois Lane arriving on scene that Kal-El perhaps starts to remember, and taking her into his embrace they shoot towards the sky not to be seen again. 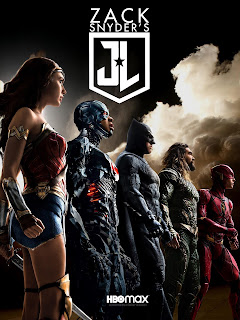 However, activating the final mother box isn't without its consequences. Not only does Cyborg catch a glimpse of this horrific future prior to it being activated, but now that it has, Steppenwolf has heard its calling, and come to claim it.

Cyborg's father grabs it, retreating to his lab where he seals himself in a room with a giant laser. Though at first it appears that he's trying to destroy it, sacrificing his own life in the process, this is not the case. Steppenwolf takes the box and teleports away. However, the heroes quickly conclude that Silas Stone wasn't trying to destroy the box, rather he was heating it to the hottest temperature on Earth so that its signal could be tracked. It's here that the chapter ends.

Though it feels like the most simplistic chapter of the film so far, its not without its depth and advancement of the story. That aspect of course being the return of Superman. However, there was another stand out segment. That being the death of Silas Stone. Unlike many films which glance over a character's death, this one shows the impact that it has not only on Cyborg, but the responsibility that the heroes must bare for it. Aquaman in particular, who audibly notes that the only reason the man is dead is because of their desire and actions to use the box.

I have a feeling that the final act is going to be pile of action upon piles of CGI upon piles of explosions. With all the pieces in place, there's not really much more to offer to the story other than an epic climactic battle. We'll see if that turns out to be the case.

Posted by The Toy Box on April 03, 2021
Email ThisBlogThis!Share to TwitterShare to FacebookShare to Pinterest
Labels: Zach Snyder's Justice League