Much like action figures, I do enjoy collecting a broad spectrum of things, and to date, music and videos can (for the most part) be an inexpensive extension of one's hobby. As I trek on through Masters of the Universe Day, I thought it would be fun to look at the various releases of the original 1987 motion picture home video and soundtrack releases.

While it's obviously not a home video release, all of this starts with the official trailer for the film, leading up to the theatrical release of the film.

Ah, good stuff. If that doesn't get eight year old you excited, I don't know what will. This lead to the film being released in theaters on August 7th, 1987!

Artist Drew Struzan did an amazing job bringing this poster to life. You probably recognize his work from some of your favorite posters, such as Big Trouble In Little China, Coming To America, The Star Wars Trilogy Special Edition, Blade Runner, and so many more than I could ever post about here. 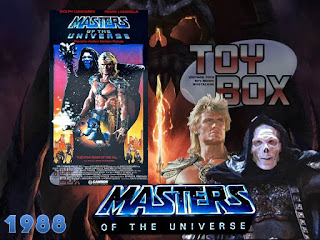 By 1988, Cannon Films was undergoing significant financial difficulties from several 1987 theatrical flops. These unfortunately included Masters of the Universe and Superman IV: The Quest For Peace. As a result, they turned to Warner Bros. to help with the distribution of the home video releases. This is why original VHS's (above) and Laserdisc (below) releases, include the Warner home video logo. However, to see it on the VHS, you'll need to flip the cover over. 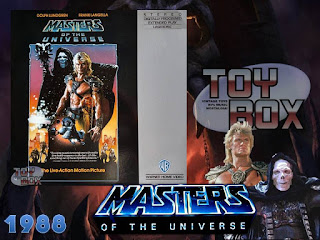 Between 1996 and 1997, Master of the Universe got a second release on home video. However, telling the differences between the original and re-release can be easily missed if you're only looking at the front of the cover. Use your eagle eye collecting abilities to denote the Closed Captioning logo tucked away in the top right corner, just above Skeletor's cloak (hidden in the purple coloring). Flipping the cover over, you'll see the majority of the changes. The words, "Digital Processing" are located underneath the FBI warning, and lastly, there's a red banner across the top with the words, "Family Classics". This red banner and text can also be found on the side.

With that said, the words "Digital Processing" and the closed caption banner can be found on the side of both the original 1986 and 1996 re-release. 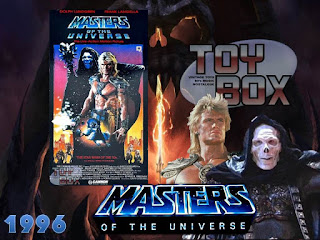 DVD had been slowly ebbing its way to the top of the home video format of choice pile since its inception in 1997. However, it wouldn't be until 2001 that Masters of the Universe would receive a pressing. What made this version exciting wasn't only the higher quality format, but because it was also the first time that fans could get a widescreen format of the film. 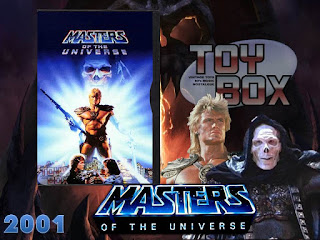 To date, the latest release of the film was the 25th anniversary Blu-Ray release. Unfortunately, this release was simply a transfer of the DVD version, upgraded (as best it could be) to Blu-Ray quality. Not a bad thing, if that's all you wanted out of it. 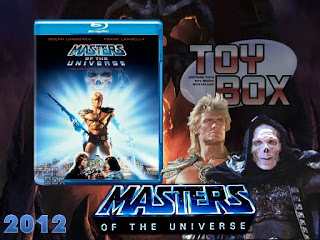 Coinciding with the film's 1987 theatrical release were releases on cassette and vinyl of the Bill Conti soundtrack. With the film flopping, and being for such a niche audience, the soundtrack was by no means produced in high quantities, nor did it fly off store shelves. It's because of this that the album is pretty scarce and expensive. 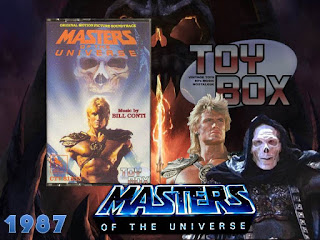 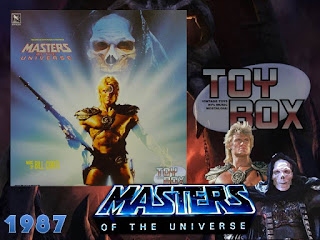 Even more difficult to find, and produced in even smaller quantities was the original CD pressing of the album. 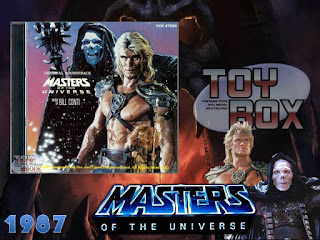 It wouldn't be until 2008 that fans of the film would start buzzing about the soundtrack again. This was aided by the limited edition two disc set released in 2008 from La-La-Land. The album featured twenty-two remastered and revised tracks, as well as the original eleven tracks from the 1987 album. 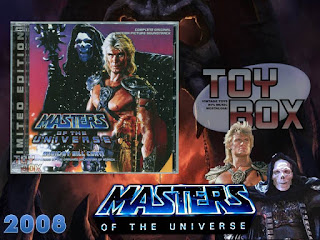 Intrada would follow this release up in 2012 with their limited edition album, which was number 205 in their library. The Intrada release featured an all new mastering of the album, bringing with it twenty-four tracks. 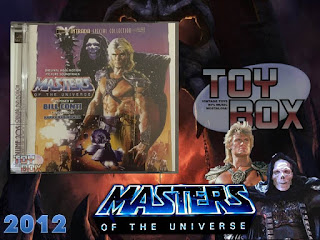 2019 brought with it the latest to date release of the soundtrack with a limited pressing of eight hundred vinyls and two CD set, which was limited to five hundred copies. 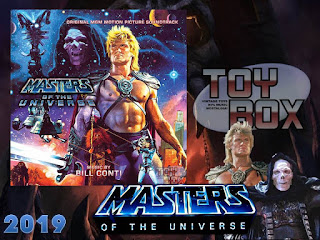 The album contained twenty-four tracks, similar to that of the 2008 limited edition, as well as the original eleven tracks from the 1987 release. 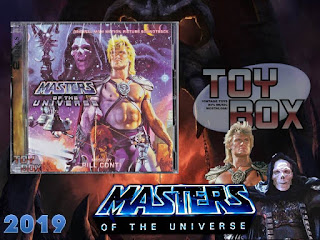 Though a sequel was hinted at during the post credit scenes of the film, the continued decline of Cannon Films financial stability ultimately resulted in the film being cancelled. However, before it was, Cannon was diligently working on the sequel, as well as a Spider-Man film. Overall, the company had invested two million dollars in sets a costumes. Not wanting this to be a total loss, the 1989 Jean-Claude Van Damme film, Cyborg, was drafted over the course of a weekend and rushed through production utilizing these items. Ah, what could have been.

A reboot film has been in the works for what feels like an eternity. Will it ever come to light? Who knows. As for me, I'm still waiting on the official sequel. It's not too late.

Posted by The Toy Box on April 28, 2021
Email ThisBlogThis!Share to TwitterShare to FacebookShare to Pinterest