Coming this fall, the new Master Of Disguise Zartan may just be the ultimate version of the character in six inch form. I can't imagine how Hasbro could top what they've done here. Well, unless they release a vehicle pack with a Swamp Skier.

The package has a lot going on for itself. If you thought the 2020 Snake Supreme Cobra Commander box was unique, check this one out. First and foremost, the front of the box is on a hinge. While it does come taped shut with adhesive disks, these fortunately come off fairly easy, without causing damage.

On the right side of the package is a large cardboard dial, and rotating it changes the face of Zartan, showcasing his ability to change disguise. In total, there are six different "faces". The package itself is definitely meant to be part of the collectability of this figure. 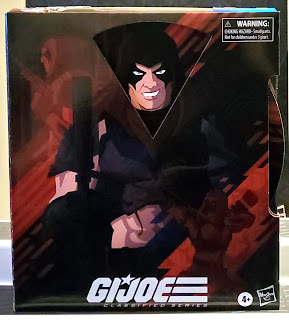 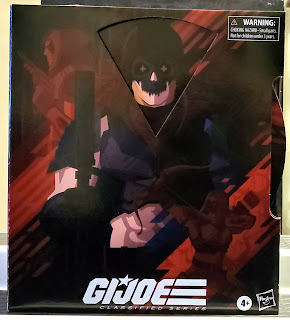 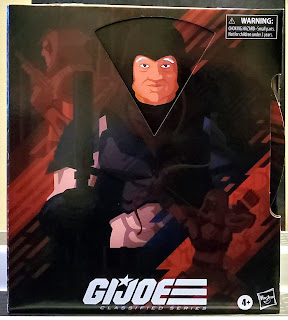 Remember that time that Zartan disguised himself as the Shredder from TMNT? Okay, so this is supposed to be Storm Shadow, but it sure looks more like the Turtle's main villain. 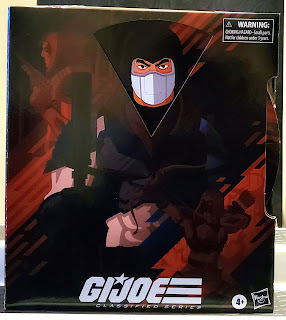 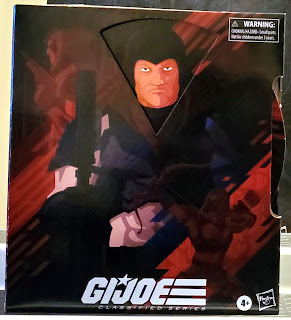 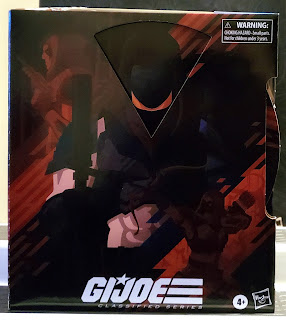 The back of the package showcases that all too familiar art, and no, there's nothing new added to it. 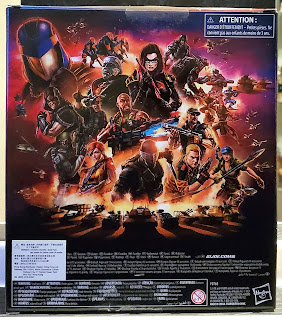 Flipping the lid open, you get another great piece of artwork in the form of the Drednok's logo. The other side is the window box, which showcases the figure and all the accessories packed within. 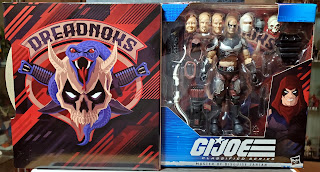 There is a ton of stuff packed in that box. Hasbro was definitely looking to give fans their monies worth.

Flipping it around, you get that great artwork on the side of the package, the classified logos, and of course, the legal mumbo jumbo on the bottom, and figure number at the top.

Popping the figure open, it's immediately noticeable that the flesh-tone is much darker on the skin. This is most likely a result of the color changing ability. With the exception of some paint applications, and the color feature, this is the exact same Zartan released earlier in the series. Admittedly, I think this new paint application makes a big difference, and I far prefer this version to the original. 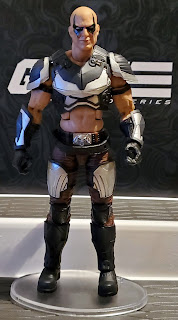 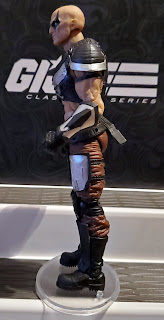 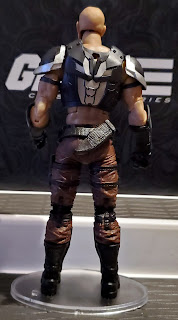 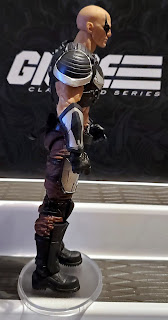 I popped mine in the fridge for about twenty minutes, and the color effect boomed as a result. 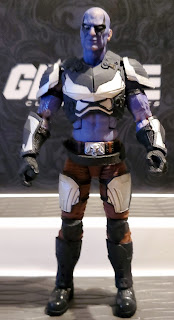 It didn't take long for the figure to start returning back to its normal color, but man did it look both awesome and menacing at the same time. 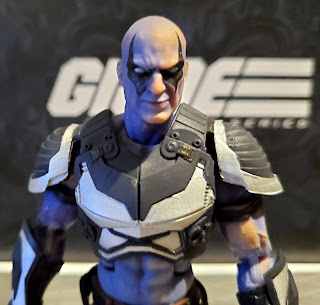 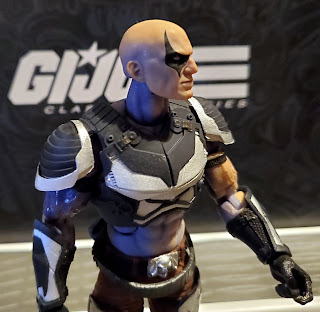 As mentioned above, Master Of Disguise Zartan comes with a ton of accessories, packed in, and here is where the problems start to surface. There are too many, and not enough holsters, packs or places in general to store them all.

This figure would have benefited with a packed in storage crate. It's just not feasible to have all these loose parts floating around. I also don't understand the Snake Eyes and Storm Shadow heads being packed in.

By far, my favorite accessory in this set is the sniper rifle. That thing is a beast.

All decked out,the figure is difficult to move around. From the encumbering accessories, which are also loose, and fall off at the slightest touch, he more akin to display than to play with. Coupled with the package, it makes me wonder if Hasbro's intentions were for this to only be a display piece. 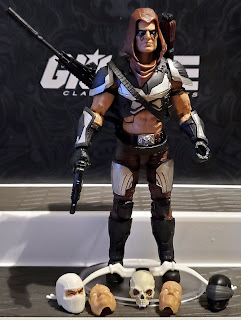 I dig the color changing feature, I think the paint job is far superior, and again, that sniper rifle is just a beast.Overall, I do like this version more than the original. I just wish that storage for all the accessories would have been a factor when producing it.