Crossing the halfway point, I dove head first into part four of Zach Snyder's Justice League. The film has been building up nicely over the past three chapters, and I can't wait to see how the second half of the film fairs. So with that said, spoilers ahead, and let's go!

This chapter of the film jumps right into it. We see for the first time Batman in full garbs. Aided by Wonder Woman and The Flash, they briefly meet with Jim Gordon atop the roof of Gotham City Police Department, and are soon joined by Cyborg. 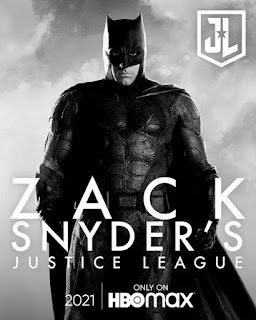 From there, the action explodes as our heroes take the fight to Steppenwolf beneath the surface of Stryker's Island. The plan is two fold. 1) Help the scientists abducted from the last chapter, and 2) Defeat Steppenwolf.

The fight showcases quite nicely everyone's abilities, making each member just as important as the next in their contribution. Batman and Diana are pure offense, while The Flash fills a roll of support. Cyborg on the other hand is the tactician and plays best when leaning towards his defensive side. Though they're able to free everyone, they don't stop Steppenwolf. Rather, he escapes by flooding the place. This is the perfect opportunity, what with all the water, for Aquaman to join the heroes sides, offer his support.

This battle plays out for the entire first half of the chapter. In fact, there is only one brief scene which interludes the first and second act, and that is of Steppenwolf discovering  the ultimate weapon, the anti-life equation, which is the key to controlling all of the multi-verse. It's carved into the surface of Earth. It's at this point we also get our second appearance of Darkseid, who informs Steppenwolf that he will be forgiven if he obtains the third box and synchronizes them. 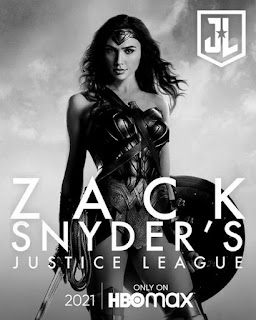 The remainder of the chapter final explains to us why Cyborg has been in possession of the third mother box. Turns out, it was found by the Nazi's during World War II, retrieved by the Americans when they defeated the Germans, and then turned over to the lab where Victor's father works for studying. It was his father who harnessed the energy of the box, using it to bring Victor back from the edge of death with it. This leads the team to concluding that the box could be used to bring Superman back from the dead, and the chapter ends on a cliffhanger.

However, inter-cut within this portion of the final act is a scene where Martha Kent visits Lois Lane. I forgot to mention in my review of chapter one that Martha is seen briefly driving away from the now bank foreclosed Kent Farm.

Martha tells Lois that she went to the Daily Planet to retrieve Clark's possessions, only to discover that Lois hadn't been there since his death. She sympathizes with Lois, finding common ground in the fact that both of them carry not only the loss of Superman, but the burden of his secret identity. She leaves the discussion telling Lois to come back to the living.

This is where a fantastic surprise / twist occurs. As Martha steps out of Lois's apartment, and the door closes behind her, suddenly the woman's eyes turn bright red, and she morphs into the form of Martian Manhunter, and then his human identity, J'onn J'onzz. That was a wonderful surprise to see, and it made the chapter all the more fantastic.

Overall, I only had one complaint with this chapter. Lois is still sitting around doing nothing and serving no purpose to the film. However, the appearance of all the heroes in full garb, and the battle that commences is beautiful. The cliffhanger ending of them realizing they could bring Superman back, and the brief appearance of Martian Manhunter make this one the best section of the film so far, and the rest have been pretty darn good. I am very excited to jump into chapter five.

Posted by The Toy Box on March 28, 2021
Email ThisBlogThis!Share to TwitterShare to FacebookShare to Pinterest
Labels: Zach Snyder's Justice League