Pfft....Superman. A guy that doesn't even understand that underwear goes on the inside of your pants. Yeah, that's who we all want to rely on to save us.

On a slow news day in September of 1992, journalists caught wind of a major event in DC Comics history. The comic book publisher would be killing Superman. Yes, the Man of Steel, who had led the company to success after success since June of 1938 would be meeting his demise in a five part story arc set to begin in December.

Unfortunately for those journalists, they weren't familiar with the motif of comics. A character dead today would be alive and well tomorrow, serving as nothing more than another chapter in their fictional life. Such was the case with Superman. The creative team behind the arc never intended for this to be the end of America's boy scout in blue. They were well in development of not only his death, but funeral, reign of the Supermen and return across thirty-seven individual issues spanning multiple titles.

With all eyes on DC Comics, sales of the original death arc skyrocketed, with comic enthusiasts, and average Joe's across the world buying up every issue they could find, quickly inflating the books values on secondary markets. That is until the inevitable return was announced.

Fans of comics know how quickly people who bought long boxes of issue number seventy-five clamored to offload them as quickly as possible, often times losing money on what they had invested. It served as yet another lesson for why people who buy toys or comics for investment purposes often times throw their money at the wrong thing.

For what it was worth, the story arc was solid, and since its inception has shown time and time again that it has been able to stand the test of time. It's not only had numerous toys based on it, but in 2018 even saw a full fledged animated movie.

Said line below from DC Direct was one of those plastic iterations. Truthfully, I don't really have much more to add to this, so I'll leave it to the pictures. 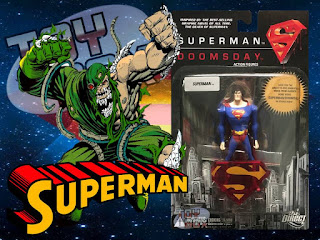 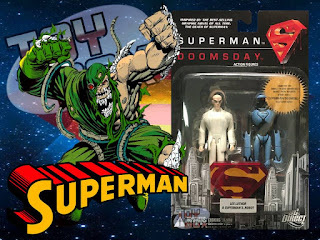 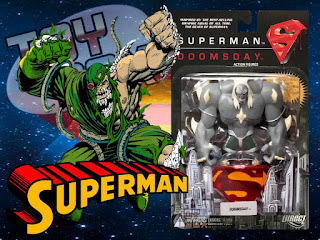 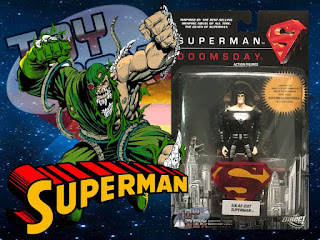 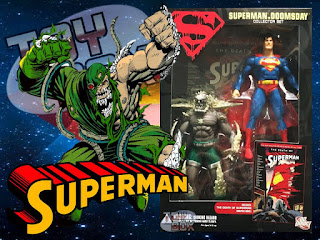 Click "HERE" to go back to the home page. For more posts related to this one, please click the labels below.
Posted by The Toy Box on March 15, 2021
Email ThisBlogThis!Share to TwitterShare to FacebookShare to Pinterest
Labels: 2000's, DC Direct, Doomsday, Superman