Onward and upward I go through the Zach Snyder cut of Justice League. Just a general reminder, this post will have spoilers.

Chapter three gives us a well needed look at Cyborg and The Flash, two characters whom Bruce and Diana are trying to recruit into their team. While the story brings with it a brief, but sufficient origin story of Cyborg, what it fails to do is pay the same respects to The Flash. 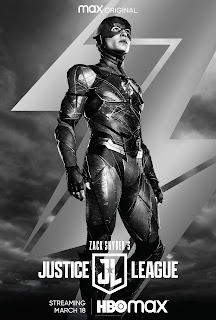 What we learn from Beloved Mother, Beloved Son, is that Barry Allen, aka The Flash, is trying to earn money to study law. This is because his father is locked away in prison for the murder of his wife - A crime which the two say he isn't guilty of. However, this interaction with the two is left off with his father telling Barry to stop wasting his time on this pursuit, and instead to forget about him and go live his life.

Mind you, this happens much later in the chapter, and before we get to this point we do get to see Barry in action as The Flash, though in street clothes, as he saves a woman from what would otherwise be a tragic car accident. As his scenes unfold, we also get to see that Barry is clearly the films comic relief character. He makes frequent comments that are meant as gags, and they are funny, but not over the top. His interaction with Bruce Wayne are rather fun, and I love the response when he asks Bruce, "So what are your powers?" Bruce simply responds, "I'm rich."

Barry is quick to join the team without so much as an explanation as to what they need for. However, Cyborg is not. When the chapter focuses on this character, we meet an angry man. Victor is incredibly angry at his father, blaming him for his mother's death in a car accident. Victor doesn't appear to embrace his father making him into what he is, in an attempt to save his life from that same accident. 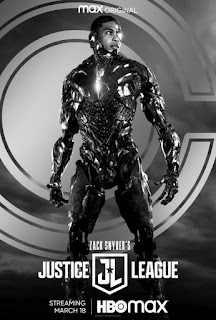 When Diana finally meets with him to ask if he'll join the team, he declines rather harshly. Cyborg is definitely a man disenfranchised with the world, who sees no reason to help anyone but himself, yet at the same time, we're given a glimpse of him doing just that with an unknown diner waitress. His character is a bit messy as a result of this hot / cold mentality.

What was interesting was how the film handles Cyborg's origin story. It's confined to about ten minutes, but it tells you enough. I also like that while we don't necessarily see a hero evolving, we do get a sense of how he didn't just go from student to Cyborg to completely in tune with his abilities. It's somewhat reminiscent of how the original Superman starring Christopher Reeves took us through his growth and learning, but while wrapping it up as quickly as possible without making it seem unfeasible.

Roughly around the mid-way point we do meet up with Lois Lane again, but she is relegated to nothing more than a grieving widow. This is disappointing because in the two times we've seen her (so far), she's contributed nothing to overall advancement of the story. It's just showing her for the sake of reminding us that Superman is dead, and there were better ways this could have been done, such as her actually doing what she does best, and writing stories for the Daily Planet.

Lois Lane never struck me as a weak character. She was a go-getter, and I don't see her simply sitting around wallowing in misery. She would throw herself into her work, proving not only was she a strong woman, but at the same time, paying homage to the man she loved by reminding the world of who he was. Ultimately, it serves no purpose, and actually does the character a disservice, to continue to cut back to her if she's doing nothing more than moping. 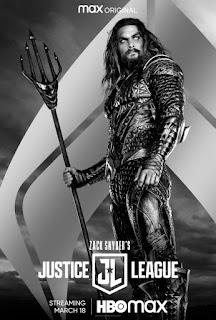 The chapter ends with Steppenwolf attacking Atlantis by himself, and defeating Mira and Aquaman to obtain the second of three mother boxes. I didn't like how simplistic it felt for him to accomplish this.

When he gets the one from the Amazonian women (see chapter one), he brings an entire army, and the battle is epic. Here, he shows up by himself, obliterates the minimal guards, and defeats Aquaman and Mira in minutes. It paints the Atlantian people in a poor light. Uncoordinated, weaklings who aren't even worth the effort to fight. It made Aquaman seem unimportant, and was a bit of a weak spot in the story.

Overall, it was a great chapter in the film, but only because of the amount of effort put into developing Cyborg and The Flash. I do like how it gave both of those characters the well needed screen time, while not just slapping them into it and moving forward. The characters are both sufficiently fleshed out, and feel important as a result, and not just "B" characters.

I do like that the film is taking its time bringing everyone together. It's not just a neat bow tie of everyone saying, "I'm a good guy, let's go!" Those who join readily have their reasoning for doing so, as do those for why they won't. It's refreshing to see a story about heroes that everyone's not just an eager beaver to do good. They have their own lives, and the roadmaps that lead them to where they are complicate them, but also make them somewhat relatable. If given the opportunity to do good, yes, there are some that would jump at this. However, there are also those, that for whatever reason, would turn their backs. It's in exploring this aspect with these characters that the story doesn't feel hokey and convenient, and I like that. It feels realistic.

Chapter four is queued up, and I'm all ready to go. I've seen the introduction to all the characters, and I'm enjoying it thoroughly. Now let's start moving towards them coming together to save the world.

Posted by The Toy Box on March 27, 2021
Email ThisBlogThis!Share to TwitterShare to FacebookShare to Pinterest
Labels: Zach Snyder's Justice League