My oh my. I know that this is only chapter two of six for Zach Snyder's Justice League, but that bar just keeps getting higher and higher. Though The Age Of Heroes whips you around quite a bit from place to place, it ultimately settles down and actually pushes the story forward significantly.

The act opens with Steppenwolf inserting the first mother box into a mysterious structure, one which we quickly shift away from to touch base with Bruce Wayne. Aboard his private jet, Alfred and Bruce briefly discuss their next hero, Barry Allen, The Flash. However, this scene too quickly comes and goes, and we're whisked away again.

I admittedly started to worry, and the film's pace seemed to have been jumping fast. Fortunately, things did start to slow down a bit from there. 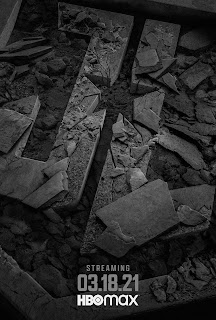 We're shifted to a lab, where Silas Stone, father of Victor Stone, aka Cyborg, works. He's wrapping up for the night, and letting the janitor know that the lab is all his - For cleaning of course. Upon hearing some strange noises within moments later, rather than call security, said janitor proceeds to enter and investigate. He comes face to face with one of Steppenwolf's flying henchmen who is tearing the place apart in search of another mother box. Obviously, the janitor doesn't survive that encounter.

Continuing where part one ended, we return to Themyscira, where Queen Hippolyta appears to be participating in a funeral dirge. Amazonia women bring a large coffin size box before her standing soldiers, and open the lid. Oh, this isn't a funeral. Rather, it's an arrow. The queen lights it and fires the signal arrow across the world to Europe where it lands in an ancient stone structure and burns. The scene ends with a brief showing of Diana Prince working on a statue in the Louvre.

The film quickly cuts back to the lab where Silas is being shown the damages that have just occurred, but then the film cuts again to his home where he meets his son to inform him that the mother box isn't safe under their watch. He tells his son that monsters are coming, to which Victor informs him that he knows a lot about monsters, obviously referring to himself.

While we as the audience might want him to elaborate on this more, we don't get this opportunity. Instead we're shuffled off to Diana finding the signal arrow - With no explanation as to how or why she would have known it was there, and more importantly why the police are also there.

Diana takes the arrow, and with it, seems to know exactly what to do. She inserts it into a secret compartment, opening a hidden path, where she finds ancient carvings and images of the three mother boxes and Darkseid. This is surrounded by an unknown text, which she appears to be able to read.

And shift off to the next location. 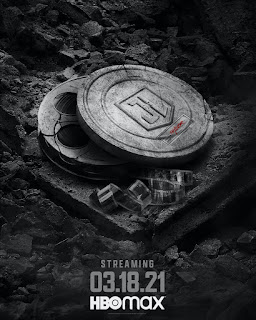 We're back in Amnesty Bay, well, actually the waters off the coast of it. A small fishing boat is sinking, with the captain crying over his radio for help. Aquaman appears, and without anything other than an establishing shot, are suddenly at the bar from chapter one where he unceremoniously dumps the man onto a table, gets a bottle whisky and chugs it as he returns to the sea.

Under the water, Aquaman swims to the ruins of his people where he is found by Vulko, played by Willem Dafoe. Vulko pleads with Aquaman to take up his mother's lance and sit on the throne of Atlantis, informing him that their people cannot protect the mother box any further. Aquaman declines.

Though this chapter is slightly over the halfway point, this is where things start to slow down, and the actual plot of the film unfolds in great detail. We return to Steppenwolf who summons DeSaad to inform him that he has found one of the three mother boxes and that his parademons are searching for the remaining two. It is here we learn that Steppenwolf was actually a traitor to Darkseid, and that he owes his master fifty thousand worlds before he will be forgiven.

While the above alone was a great advancement of the story, we then get to go a step further. Diana meets with Bruce, and fill him in on the whole backstory of what is going on, and why. She tells the story of the first time Darkseid came to Earth. His attempts to conquer the plant were thwarted by the unexpected alliance of man, Amazonian, Atlantian and Lanterns. The defeated Darkseid, who brought with him the three mother boxes, and this is how they came to be split up and protected by the factions (with exception of the Lanterns). What it doesn't explain is how the one box ended up in Cyborg's hands. Hopefully this isn't a forgotten aspect to be explained.

At first, this chapter of the film worried me. I felt like the pace had quickened far too much, and rather than focusing on explaining aspects of what was going on, it simply jumped from place to place to place. My hope is that these noted areas get explored in further depth throughout the remaining chapters.

With that said, the story really unfolded and advanced significantly in the second half of the chapter. I learned a lot of what was going on, how we got to where we're at, and more importantly, remained excited to see how all of this would play out moving forward. Though I'm going to take a little break from it, I'm definitely looking forward to chapter three.

Posted by The Toy Box on March 21, 2021
Email ThisBlogThis!Share to TwitterShare to FacebookShare to Pinterest
Labels: Zach Snyder's Justice League