Should You Have To Go To Eight Stores?


What is it about toys these days that make them so difficult to find in stores? Seriously, should one really have to make a day of going from location to location to find action figures? Now before you say, "Oh, this is just another rant," hear me out. This is actually not that at all.

When I found myself wanting to slam my head against a wall after what was turning into a vain attempt to obtain three figures and a vehicle / figure combo pack, the latter of which doesn't appear to be out yet, I decided I would spend my time while traveling making phone calls. Not to retail stores. Instead to two specific people. 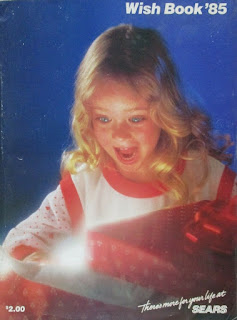 The first was my mother. As the first person in my life to plant the toy bug, I had a question for her. Was it always this hard to find toys when she was shopping for birthdays and Christmas? Was she going from store to store, struggling to fulfill our wish lists?

For her, the answer was, "No." Any number of department stores, such as Sears, JC Penny, Montgomery Ward, and of course, Toys R' Us, always had an abundance of stock. She recalled the toy isles always filled to the rim, with no effort being involved beyond flipping through a couple pegs and finding one of each of an entire series of figures.

However, she also said that most of the time she didn't even have to waste her time with this, thanks to the annual Sears Wishbook and other Christmas catalogs. "Not once," she said that she ever ordered something that was back ordered or sold out. Stock was plentiful.

Mind you though, she was buying toys in an era where toy collecting, while I'm sure it existed, wasn't as large of a hobby as it has become since the early 90's. With that perspective, I made my second call. This time to my uncle. 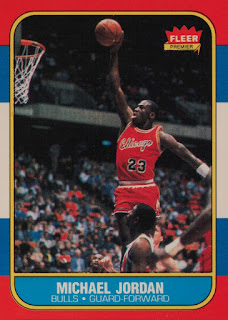 Unlike my mother, my Uncle Skipper has been a collector for as long as I've known him. Stamps, coins, and baseball cards have been a lifetime passion of his. His perspective was not surprisingly very different from my mothers.

He regaled me with a tale of how around 1984 to 1985 it was relatively easy for him to walk into any card store or 7-11 and find pack after pack of baseball cards. However, he noticed around 1986 or 87 that things suddenly changed. The hobby boomed, and more and more people were trying to collect.  He specifically sited the 1986 Fleer Jordan rookie card, which quickly became a must have card.

Prices started to skyrocket, and product became rather rare. He recalled many trips to 7-11 at 4:00 AM to hunt down packs, telling me that if he didn't buy them when he saw them, he would never see them again because average buyers or dealers would swoop them all up, find the rare cards and take them to card shows or their stores.

This was an interesting story, because I honestly didn't expect it. In my mind, scalping was a thing that came about in the 90's when 80's children had a gnawing bug of nostalgia. It honestly never dawned on me that the presence of a secondary market had always been a predominant factor. It makes sense. How many sports cards and comic stores were around back then versus now? The only real difference is that with the aid of the internet and sites such as ebay, everyone can be a second hand dealer - Or scalper if you prefer.

Turns out this is not a new concept. It's with the aid of the internet, with exposure to people across the globe, versus the guy at your local shop, that the secondary market is so transparent as to just how many people are in the game of flipping. I suppose as long as collectibles exist, there will always be a group of people looking to exploit any hobby for profit. Toys have just become yet another means to that end for people looking to make a quick buck.

In that regard, perhaps the answer to the question is, "Yes." You really should have to go to eight stores to find three figures. Does it suck? Absolutely. However, I'd be lying if I said the eventual payoff wasn't a just reward - When it happens. 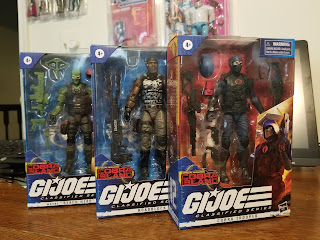 As a final thought to this article, I'm looking to build a network among the other bloggers who are actively collecting this line. Let's help each other out. If there's a figure you're looking for, tell me so I can keep an eye out for you. Please be prepared to reciprocate. The more people we get involved, the easier finding these figures will be for all of us. - Though before you ask, sorry, I was only able to find one duplicate from the Target wave today, and it is already claimed by someone.

The spirit of this is to not price gouge each other. Let's keep it retail (with applicable shipping). If you're interested in that, leave your name or blog site in the comment section. Feel free to also add your current want list.

Click "HERE" to go back to the home page. For more posts related to this one, please click the labels below.
Posted by The Toy Box on August 06, 2020
Email ThisBlogThis!Share to TwitterShare to FacebookShare to Pinterest
Labels: G.I. Joe Classified