I love coming home to boxes on my stoop. Especially when it's a box I've been waiting an extended period for. I was super excited that Hasbro Pulse finally shipped this bad boy out. Admittedly, based on how things have been going with the line, I'm honestly surprised it even arrived. 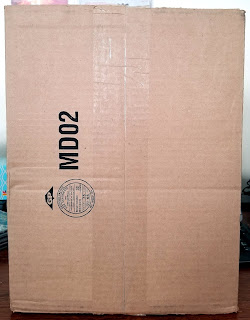 I don't know what I was really expecting, but the first thing I took notice of was how massive the packaging for the Deluxe Snake Eyes figure is. At 14 X 11.5, it's probably the largest figure box I have ever personally had. No, I take that back, Nickelodeon's History of the Teenage Mutant Ninja Turtles gets that award. Still, this box was large. 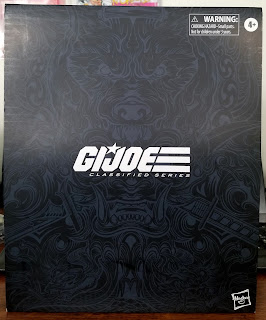 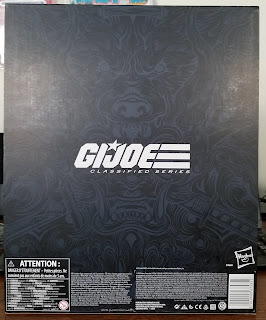 When I slid the slipcase off, I have to admit I had to take a moment and pause. The inner box is truly a work of art. The shiny layering with etched design is beautiful. 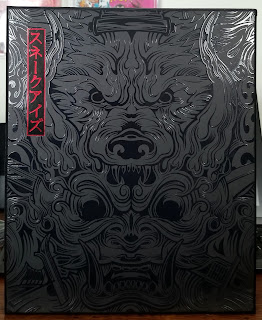 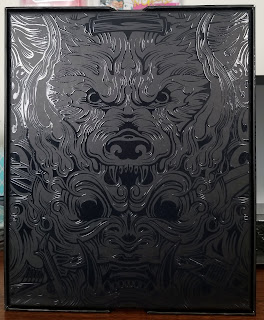 As someone who doesn't typically give boxes much thought, I'm honestly considering if this one is worth keeping, versus pitching it in the trash - As I often do with toy boxes. On one hand it seems a shame to do so, but on the other, at the end of the day, it's a box. What would I do with it beyond store it? To that end, what purpose would it ultimately serve?

Inside the package is a nice piece of artwork, which is essentially the design for the engraving on the box. 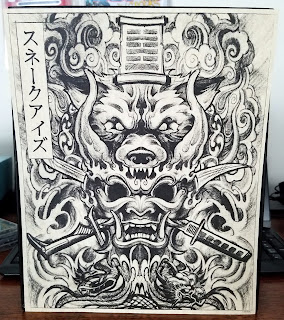 Underneath the artwork is the heart of the package, the figure and the additional accessories. 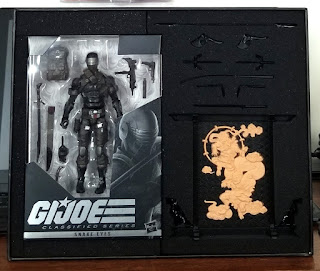 When compared to the retail version, ultimately there is value to the additional ten dollars you would have paid pre-ordering this figure from Hasbro Pulse. For starters, it comes with a slew of accessories, and mind you, these are just the ones packed in with the actual set. There are even more packed in with the figure. 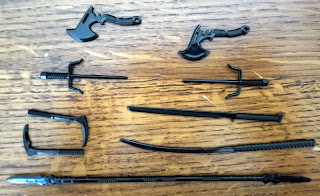 The accessories in the photo above are all new, and while I initially thought they were designed specifically for the deluxe set, it appears to only be the staff that was - for now. The remaining weapons will all be packed in with the wave two, Red Ninja. 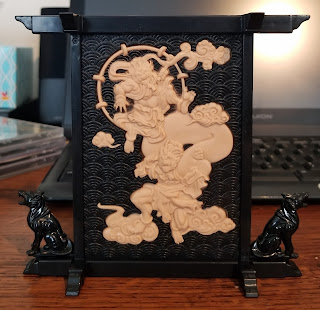 A nice added touch was this amazing looking display stand, which holds all of the above noted weapons. 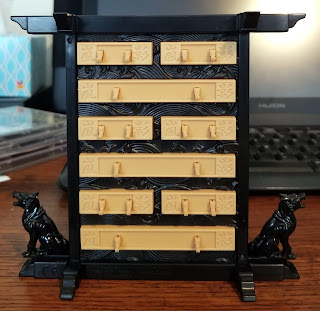 When placed on the rack, while they do look nice, the overall design feels wobbly. In other words, I don't expect these weapons to stay in place long term, and I dread if this thing gets the slightest bump. 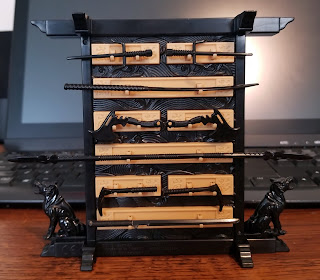 The best accessory, in my opinion, is the inclusion of Snake Eyes' signature Uzi. The suppressor, which was also included with the basic figure, not only fits on the pistol, but also the sub-machine gun. 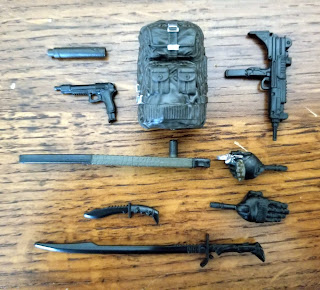 While they're a nice touch, the additional hands don't really excite me. Rather than sculpt a throwing star into the left hand, I would have preferred having just a loose star. The open palm karate chop of the other hand is relatively boring to me, serving little to no purpose. I went ahead and stuck them back in the box for safe keeping.

The packaging for the figure is in line with the basic assortment. However, rather than using color artwork, it's instead silver, and somewhat reflective. The only exception is the red text and clan symbol. 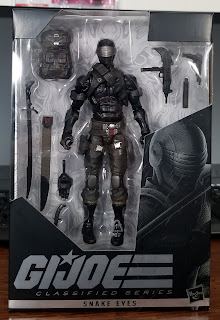 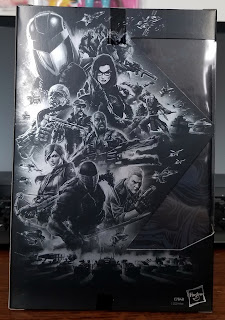 The numbering of the figure is denoted as 00, which makes this version officially the first in the series.

In terms of the figure, it's essentially the same one as packaged in the basic assortment, just with additional paint. Now that I have the figure in front of me, I honestly don't really like it all that much when compared to the basic assortment version. The only perk to the upgraded paint job is the silver visor, and it's a shame we had to buy a deluxe version just to get that aspect. For me, had the visor of the basic figure been silver, I wouldn't even see a reason to keep this figure.

I don't really have much more to say about the overall design that I haven't already said in my wave one review. 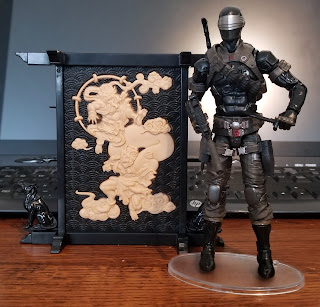 The shelf of G.I. Joe Classified is growing, and while I was annoyed that the Target exclusive wave was going to cause long term grief, things, while not ideal, are on the up and up with this line. Hopefully Hasbro (and any exclusive retailers) can right their course and save this series from sinking. 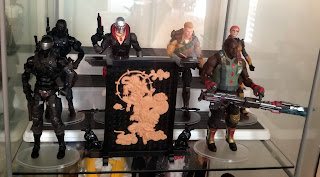 Until next time, here's a collector's hunting tip - Look under the shelves at your local stores. Yes, under. Physically lift the bottom shelf up. You may be surprised what you find hiding from other sneaky collectors and / or store employees who may have been short on cash. 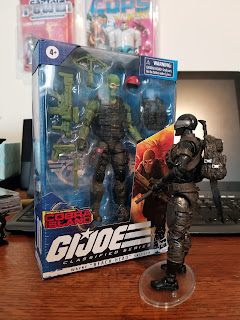 For a look at wave one, as well as, a peak at the entire line as we know it to date, click HERE. Another fun page to check out is the official G.I. Joe Classified site. Specifically, take a look at the character tab. Hasbro has eluded that this page is where you can get a hint of figures that are coming in the series.

Click "HERE" to go back to the home page. For more posts related to this one, please click the labels below.
Posted by The Toy Box on August 05, 2020
Email ThisBlogThis!Share to TwitterShare to FacebookShare to Pinterest
Labels: 2020's, Classified, G.I. Joe, G.I. Joe Classified, Hasbro