A little while ago, 20 Years Before 2000 posted about the upcoming Free Comic Book Day, now turned Free Comic Book Summer, as a result of the pandemic. In the post, it mentioned a specific Spider-Man title which was going to be included with this batch of books. Well, that was enough to excite me. This one to be exact: 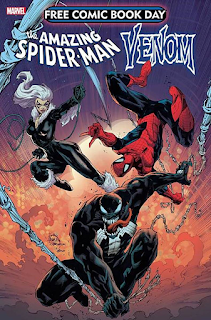 There was only one problem. I don't know of any comic shops in my area which have opened yet.

I went ahead and left a comment in the post, asking that if an extra copy was found that it could come my way. Because I don't know if he wants his name posted on the internet, I'll just go ahead and word it as, 2000 came through in a big way. 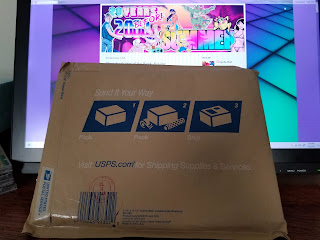 When this package arrived on my doorstep, I expected nothing more than the comic noted above. Instead, what I got was this! 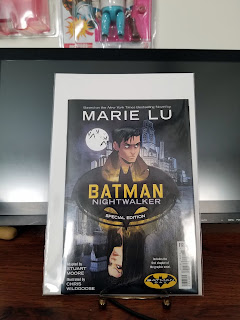 Batman Nightwalker Special Edition is a 2019 excerpt from the graphic novel of the same name.

A ruthless new gang of criminals known only as Nightwalkers is terrorizing Gotham, and the city’s elite are being taken out one by one. On the way home from his 18th birthday party, newly minted billionaire Bruce Wayne makes an impulsive choice that puts him in their crosshairs and lands him in Arkham Asylum, the once-infamous mental hospital. There, he meets Madeleine Wallace, a brilliant killer…and Bruce’s only hope. Madeleine is the mystery Bruce must unravel, but is he convincing her to divulge her secrets, or is he feeding her the information she needs to bring Gotham City to its knees? 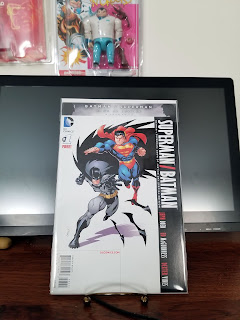 This was a 2006 reprint of Superman / Batman number one. It was released as part of the promotion for the film of the same name, but is not related, story wise.

When Metallo attacks Metropolis and Gotham, Superman and Batman join forces to oppose him, with a little help from Lex Luthor and his mysterious super-team. 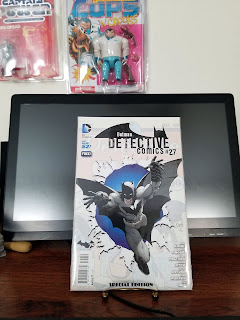 Most comic book fans need no introduction to this comic. It's the first appearance of the capped crusader in 1937. I'm really intrigued to read this.

In his 75 years, Batman has been the central figure at the forefront of graphic storytelling. From the printed page to the big screen, Bob Kane's creation has never been a more significant fixture in popular culture the world over. This BATMAN 75 DAY COMIC 2014, free for a limited time, features the Dark Knight's origin from DETECTIVE COMICS #27 in 1939, as well a retelling of the story by New York Times bestselling novelist Brad Meltzer and illustrator Bryan Hitch and another short story by current BATMAN scribe Scott Snyder and artist Sean Murphy. Also included is a sneak peak at the reimagining of Batman's 1939 comic book debut, designed by Chip Kidd with a script by Meltzer. Join us as we celebrate the Dark Knight's 75th anniversary. 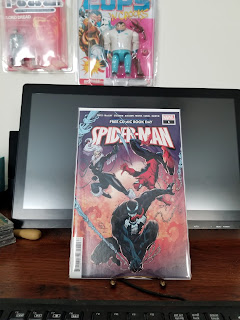 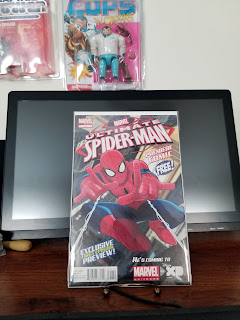 This Ultimate Spider-Man issue was a sneak peek of the comic book and television series from 2012. 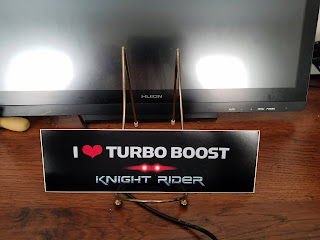 Inside the package were also a couple bumper stickers. I'm very tempted to put the Knight Rider one on my car. 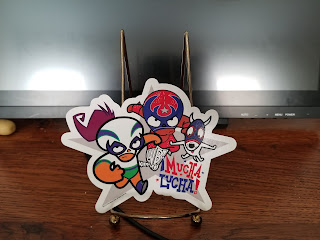 I actually used to have the below trading card from Topps Teenage Mutant Ninja Turtles II: The Secret Of The Ooze series. While I don't anymore, and won't be actively seeking to complete another set, I'll put this card in the case of my CD soundtrack for the film. 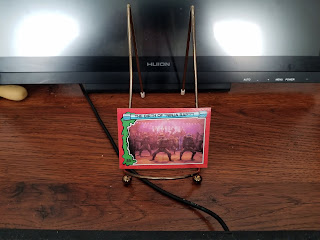 Last up was a score of WB tattoos! This is probably something I'll share with the numerous neighborhood kids who stalk the sidewalks these days with their bikes and games. It's honestly nice to hear kids outside playing on a daily basis, as opposed to them being glued to some form of digital entertainment. 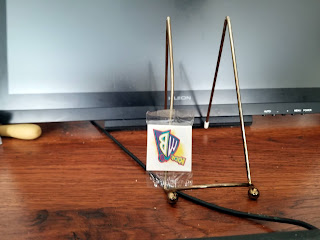 This is just the tip of the iceberg for Free Comic Book Summer. For updates on what titles are coming, and when, stay tuned to their website, HERE. Thank you so much, 2000 for not only grabbing me the Spider-Man issue I was looking for, but for all the wonderful extras.

Click "HERE" to go back to the home page. For more posts related to this one, please click the labels below.
Posted by The Toy Box on August 04, 2020
Email ThisBlogThis!Share to TwitterShare to FacebookShare to Pinterest