Vintage Prices At An All Time High?

With many Americans out of work from the pandemic, it seems odd that vintage toy prices would be at an all time high, but that's exactly where we're at currently. Some toys from the 70's and 80's are skyrocketing on secondary markets, as people desperate for something to do while under lock down turned to sites such as ebay. The balance of supply and demand for toys that were once readily available had suddenly tipped, with supply dwindling amongst demand growth. 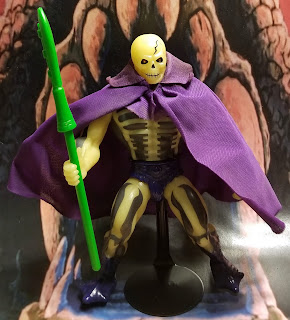 I watched in awe as Scare Glow, a figure from the vintage Masters of the Universe line, took off in price. To put it into perspective for you, back in 2016 I acquired a complete figure for $80.00. At the time of purchase, I thought that was a ridiculous amount of money for how basic the figure was.

These days, however, you'll be lucky if you can nab one for under $250.00, with prices reaching as high as $400.00. Mind you, this is for a lose figure, typically with the cape and spear, but without the comic.

Masters of the Universe figures in general have seen a major resurgence of popularity, leading to prices of the original figures doubling, tripling, and in some cases, such as above, quadrupling. A good portion of this is probably driven by the all new Origins line, which has sparked a rekindled love for the series and its characters. It's drawn in a lot of collectors who have not only started to pick up those figures, but also the original versions. Some even skip the Origins line all together, and go straight for the vintage ones. Personally, I get the mentality of the latter. Why spend forty dollars on an Origins figure, when you can get the vintage one for a little (or a lot) more?

On a related note, check out the collaboration between Action Figure Barbecue and I on the twelve most expensive MotU figures. 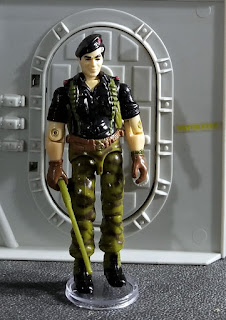 G.I. Joe has also seen a boost in sales, with many of the figures becoming harder and harder to find as the months tick by. Yes, the obscure figures, such as Heavy Metal and Star Duster, will always remain expensive figures. However, as new collectors turn their sites towards that sweet spot of 1982 - 1987 Joe history, a lot of the figures that used to be more common have not only grown rarer, but increased drastically.

Staples such as Flint (1985) which sold for around twenty to thirty dollars in 2019, will now set you back as much as eighty dollars for a mint condition / complete figure. In fact, eighty dollars seems to be the norm for your average "main" character these days. That's a far cry from the prices I was paying just a couple years ago. I simply couldn't fathom putting together the collection I did at price points I'm seeing these days.

To get a second opinion, I reached out to George of G.I. Jigsaw. As many of you who read his site know, he recently started, and completed his own set of G.I. Joe figures. It's because of this that I asked him how prices now versus then would have impacted his decision to collect these figures, as well as the overall volume he was looking for.

"Immensely," he stated. "I probably wouldn't have bought that much. Maybe the original twelve, and some odds and ends. But, not as many."

We then shifted the conversation to Star Wars, another staple toy from many 70's / 80's children. Interestingly enough, prices from 2016 when I built my set of the original 1978 series through 1985 hadn't fluctuated all that much. The more difficult figures from the last 17 remain around the same price points they were when I bought them. The only exception being Yak-Face, which would have easily set you back $350.00 to $450.00, will now set you back $550.00 to $650.00. It would make sense that this particular figure's price points would be impacted, what with never being released in the USA.

George and I both completed our collection around the same time frame, so as we spoke, it was becoming very obvious that the price points we paid were going to be around the same numbers. Well, at least neither one of us "overpaid" in that regard. George quickly turned the conversation depressing when he regaled a tale of selling a carded Luke Skywalker (in Stormtrooper disguise) in 2005 that he had bought in the early 90's.

Not wanting him to feel so bad, I told him a story about how in 1994 I was given the opportunity to buy a complete carded set of the entire vintage line for $1,200.00, but had to inform the guy that I didn't have that kind of money. After all, I was only eighteen years old. My parents sure as heck weren't going to give me that kind of money. Especially not for toys. If there is any take away from that story, I would have inevitably ended up selling them at some point when the prices of vintage toys first took off in the mid 1990's. So in that regard, I'd rather be happy with the complete loose collection I have now, then to know I had them and sold them, regardless of the amount of money I would have gotten. 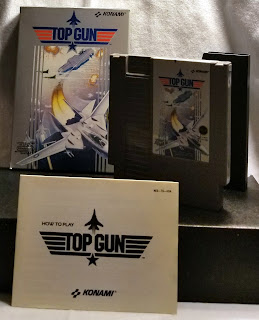 Shifting from action figures, I decided to look into another area of collectibles I enjoy picking up every now and then - complete in box Nintendo Entertainment System games. I had heard rumblings all throughout the pandemic how the prices of old games were rising - Again, because people were looking for things to do.

What's interesting with this, is that for as much as I heard prices were rising for games, this doesn't reflect what I'm finding on secondary markets. Sure, there are a lot of expensive games out there, but I don't see any difference now from what I saw a few years ago - Price wise.

A boxed Mega Man (1) for the NES will still set you back $500.00, which is why it's a game I still don't own to this day. However, more budget friendly titles can still be found complete for twenty dollars (and up). Take for example, Top Gun, a classic game which is often overlooked.

So I guess with that said, sure, prices are at an all time high for vintage toys. Some of them anyway. Others remain around the same price ranges that they used to be, but for many is still at an all time high. The question becomes, will those that have risen ever go back down? I'm guessing probably not in the near future. As George put it, those of us who had these toys as kids are now in our prime earning years of our lives. In short, many of us have expendable income and toys to buy.

Posted by The Toy Box on May 18, 2021
Email ThisBlogThis!Share to TwitterShare to FacebookShare to Pinterest