My introduction to Simon & Garfunkel, or rather Paul Simon, occurred in 1986 with his hit, You Can Call Me Al. Specifically, the music video, which featured Chevy Chase. I want to say I had heard of the duo prior to that when they did their highly anticipated Central Park reunion concert. However, since I was only four years old and living in Bangladesh at the time, I highly doubt this purported memory.

So however it happened, Simon & Garfunkel, the powerhouse folk duo eventually made their way to my radar, but I never really paid them any mind. I eventually picked up a greatest hits CD from them between 2015 and 2018, but honestly never got around to listening to it. By this point, I was all to familiar with their hits from hearing them on classic rock stations, or in movies, and of course the AWFUL cover by the Lemonheads, who I only know because of their equally awful 1988 cover of the terrible song, Luka, by Suzanne Vega. 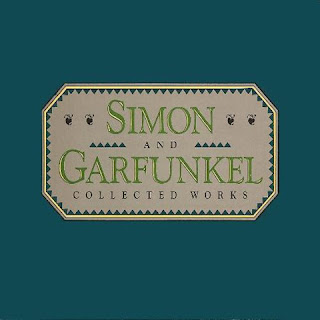 It was also between this time period noted above that I was also hoping from garage sale to garage and estate sales, grabbing CD's up for incredibly cheap. This is where I came across a three CD set entitled, Collected Works. Not really paying much attention to it, I paid the guy the two to three bucks he wanted for it, and went about my day, not really thinking much about it.

I at first just chalked it up to being another greatest hits, but more expansive than the one I had at home. It wasn't until I started thumbing through the booklet that it dawned on my what I was actually holding in my hands. In hindsight, the title should have been a dead giveaway, as Collected Works featured all five of the duo's studio albums in one complete CD set. At the time I purchased this, it was a set going for twenty-five to thirty dollars on ebay, and while that has dropped considerably these days, it was still an amazing deal at the price I got it for. 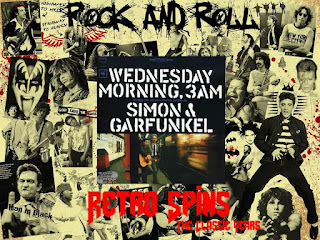 When transferring it to iTunes, I went ahead and split them up by their respective album, giving them their appropriate date and cover. Which of course makes it easy for me to fire up their first album today for a Retro Spins. So without further ado, let's jump into the duo's debut album, Wednesday Morning, 3 AM.

I was intrigued by the gospel themed song, You Can Tell The World, and was happy to hear a couple other Christian based tracks on the album as it played out. Though beyond those songs, I didn't know of anything on Wednesday Morning until I got to The Sounds Of Silence, a classic in its own right. Though I like the original more, I also didn't hate their cover of The Times They Are a-Changin'.

Overall, the album brought with it a calming feeling. It wasn't in your face, psychedelic, or loud, such as many albums of that era were. It was a nice change of pace, and I can see myself eventually getting around to the other four records in the duo's catalog one day. However, it's not a priory at this time.

Disclaimer: They Toy Box does not endorse or contribute to piracy. Retro Spins posts are intended for educational and entertainment purposes only. None of the music discussed here is available for sale, downloading or distribution.
Posted by The Toy Box on May 26, 2021
Email ThisBlogThis!Share to TwitterShare to FacebookShare to Pinterest
Labels: 1964, 60's Album Review, 60's Music, 60's Music Review, Music of the 60's, Retro Spins, Simon & Garfunkel, Wednesday Morning 3 AM