The records were released by Golden Records, a subsidiary of publisher Simon & Shuster. It was established for the purposes of popular books with accompanied vinyls that were sometimes read by narrators or fully acted out like your favorite serials, with sound effects and all. The stories released with some of the most popular comic books of all time fall into the latter category. 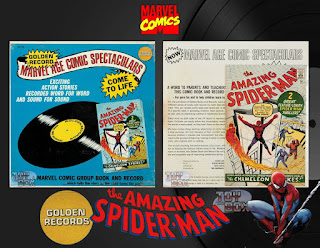 Golden Records released record sets based on The Amazing Spider-Man issue 1, The Avengers issue 4, The Fantastic Four issue 1 and Journey Into Mystery 83. Not only are these some of the most key comic books of all time, but the first official reprints. It's because of this, while the books are highly valuable, you should be cognizant of these editions should you actively be looking to track down original first prints of the comics themselves. 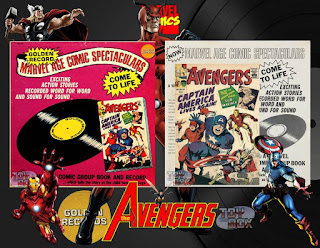 There are, however, some easy to tell signs that the comic you may (or may not) be holding in your hands is the Golden Records edition. First and foremost, there's no price on the covers. Second, the back cover and ads inside the issue promote the Golden Record series of comics and vinyls. 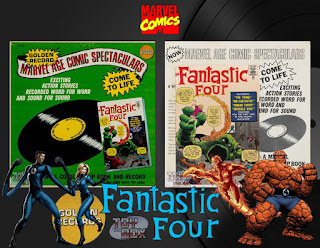 You'll easily pay over a thousand dollars for the comics alone in this series. Several thousands for higher end condition books. However, if you're going to spend $4,000.00 on a 7.0 or above The Amazing Spider-Man #1 Golden Record edition, may I suggest you instead just take that money and purchase a first print of the original book in a 3.0 condition. Sure, the condition is far less, but wouldn't you rather have an original if you're going to spend the money? I would. 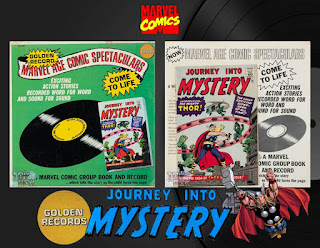 Then again, if you've already got an original first print, you have the expendable cash and you're looking for something unique to add to your collection, these sets may fit that bill perfectly.

Click "HERE" to go back to the home page. For more posts related to this one, please click the labels below.
Posted by The Toy Box on May 24, 2021
Email ThisBlogThis!Share to TwitterShare to FacebookShare to Pinterest
Labels: 1960's, Captain America, Fantastic Four, Golden Records, Journey Into Mystery, Marvel Age Comic Spectaculars, Marvel Comics, The Amazing Spider-Man, The Avengers, The Mighty Thor, Thor