It was because my dad was such a tech nut, that we were that family on the block with the giant satellite dish in our back yard. There's something to be said about the unique television in the 80's that came with this sort of luxury. You could get any channel, see any show, and enjoy a ton of content, most of which you just had to stumble upon by "scanning". It was with this dish, and the aid of my sister, that I was introduced to The Monkees.

Being a young child, and several decades late, I wasn't hip to the knowledge that the group was manufactured by and for Hollywood. To me, The Monkees were a real rock group with their own comedy show, which I suppose by the 80's they were.

My young mind had no knowledge on their complete history. In fact, it wouldn't be until much later - fifteen to twenty years, that I would finally be tuned into that fact with the biopic, Daydream Believers: The Monkees' Story (an excellent movie you can watch in very low quality on Youtube). It was fascinating to see the, possible skewed, history of how Micky Dolenz, Michael Nesmith, Peter Tork and Davy Jones were hand picked from a lineup of hundreds of young men to become America's comedic opposites of The Beatles.

Manufactured or not, the quartet worked hard, in Micky's case, actually learning to play the drums while singing, to finally get creative control of their music. For their prior two albums, The Monkees and More Of The Monkees, the band had limited input, often times being relegated only to vocals for songs which had already been written and music which had already been recorded. It was with their 1967 record, Headquarters, that they were finally able to record by themselves, to a degree.

While the band ultimately were able to show the world that they were indeed the musicians they claimed to be, the sacrifice came at the loss of the television series, which ended after two seasons. This wasn't at all helped by their panned film, Head, written by Bob Rafelson and none other than Jack Nicholson himself.

Though the band was already rife with internal strife, the film damaged the bands clean reputation with younger kids and parents, while the hippy generation they were reaching for with the obscure movie, rejected them. This left the group in a position they never quite recovered from. Peter Tork left the band shortly there after, and though he continued on with the group for a little longer, Michael Nesmith exited in 1969. Micky and Davy would release one final album together in 1970 as The Monkees before calling it quits. It seemed The Monkees had come to an end.

August 1, 1981. The dawn of MTV. It was an era that took a generation by storm. A station dedicated at first to nothing but music videos. However, by 1986, the station would look for other ways to branch out. Among them was running a back to back marathon of the original The Monkees television series. Popularity was rekindled to all new fans, and the band's popularity began to skyrocket. The Monkees responded in kind with their first album in over a decade, 1987's Pool It!. Sadly, Michael Nesmith opted to not reunite with his band mates, leaving just the trio of Dolenz, Tork and Jones Though the only album for almost another decade, all four would finally return to record together for the album, Justus in 1996. This too would be short lived, as it wouldn't be until after Davey Jones' death that the remaining members would reunite again for their 2016 album, Good Times! and 2018's Christmas Party. Sadly, in 2019, Peter Tork would be the next member of The Monkees to pass away.

What the future holds for the remaining two members is yet to be known. However, until that time comes (or not), we can go all the way back to day one with their 1966 debut album, which is exactly what we're going to do today. 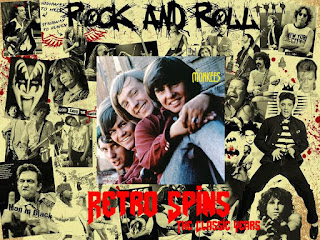 The album starts with their iconic television theme song, which is the full two minute twenty-one second version. Though there are several classic hits on the record, including Tomorrow's Gonna Be Another Day and Last Train To Clarksville, I personally find the album shines the most when Nesmith steps to the front line with his tracks, Papa Gene's Blues and Sweet Young Thing. As a natural guitarist and singer, his songs always felt more professional and personal. This would make sense, considering he was the one who penned them (that's that limited input aspect I mentioned above).

That's not to say the rest of the album is terrible. Far from it. Songs such as, Saturday's Child, Take A Giant Step, Let's Dance On and This Just Doesn't Seem To Be My Day, showcase the group at their best. Meanwhile, the soft spoken Davey Jones ballad, I Wanna Be Free, shapes the teen heartthrob he would soon become. Lastly, Gonna Buy Me A Dog, brings that bit of humor and fun that the television series would soon be known for.

Look, call it manufactured all you want. The debut album is solid. It's well worth listening to, and definitely a staple in your collection if your an audiophile of any kind.

Posted by The Toy Box on February 24, 2021
Email ThisBlogThis!Share to TwitterShare to FacebookShare to Pinterest
Labels: 1966, 60's Album Review, 60's Music, 60's Music Review, Music of the 60's, Retro Spins, The The Monkees