Welcome to the 21st century Jack in the Box. Art Asylum's 2001 series based on some of the most iconic rockers, or in the case of Iron Maiden, their mascot, Eddie. They're unique, I'll give them that. I would have never thought adults would have an interest in Jack in the Box toys, but I suppose it makes sense. I mean, we collect everything, don't we?

Considered the Godfather of shock rock, Alice Cooper's career has spanned over fifty years. What most people don't know is that Alice Cooper used to be the name of the band. Under the name, the group released seven studio albums which included some of the singer's biggest hits. However, when the band broke up in 1975, singer Vincent Furnier assumed the persona of Alice Cooper, going on to a much larger career. 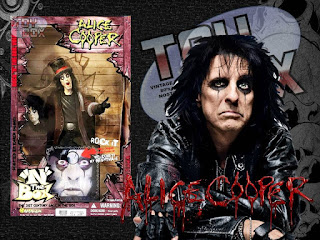 Eddie has been the mascot of British band, Iron Maiden, ever since their debut in February of 1980. Since then, the iconic character has gone on to perhaps be more recognizable than the actual band members themselves. Eddie has been incorporated into practically every piece of Iron Maiden merchandise to date. 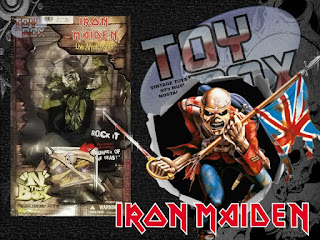 The self professed prince of darkness, Ozzy Osbourne. Original lead singer of Black Sabbath turned solo act, he went from one of the top artists targeted by parent and activist groups to household novelty act reality TV host. Ozzy is definitely not the artist he used to be. 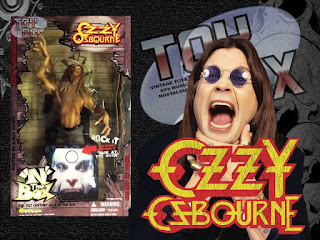 Rob Zombie took perhaps one of the greatest up and coming metal bands, White Zombie, and threw them away to pursue a highly successful solo career, and an equally successful movie career. Though he definitely leans more so towards the macabre style in his acts, it's one that has drawn in millions of fans of both heavy metal music and horror films. 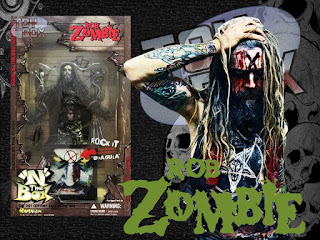 I feel like Kiss is a go to far too often for companies looking to produce music based toys. It's ground which has been covered very abundantly, and really only serves to drive home the point that the band has become, or perhaps always was, nothing more than a novelty. 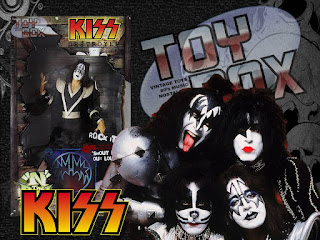 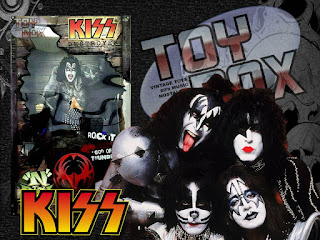 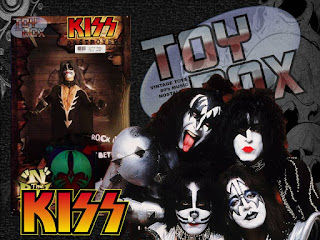 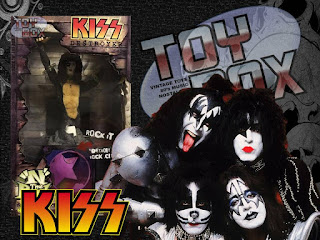 While Art Asylum produced quality work in their "toys", I think what contributed greatly to their decline was their consistent focus on statue based items. Their products serve little purpose beyond display pieces. That's not necessarily a bad thing, but it's definitely less appealing to action figure collectors.

Click "HERE" to go back to the home page. For more posts related to this one, please click the labels below.
Posted by The Toy Box on February 01, 2021
Email ThisBlogThis!Share to TwitterShare to FacebookShare to Pinterest
Labels: 2000's, Ace Frehley, Alice Cooper, Art Asylum, Eddie, Gene Simmons, In The Box, Iron Maiden, Jack In The Box, Kiss, N The Box, Ozzy Osbourne, Paul Stanley, Peter Criss