It was one of the flagship titles for Image Comics launch in 1992 and one of the most anticipated comic series of all times. Unfortunately, much like most of the Image titles, big names couldn't save Youngblood from becoming just another cancelled title. With cliche characters, clearly "borrowed" from other more popular ones and a lack of storytelling, Youngblood was easily one of the weakest titles in the Image brand. 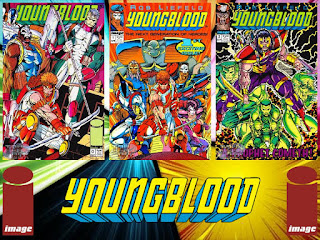 However, the hype train was full speed ahead, and copy after copy were yanked from store shelves by eager comic book readers and investors who couldn't wait to have anything related to the Image brand. This in turn lead to reprints, variant covers, elusive chase issues and the inevitable crash in the comic book industry. 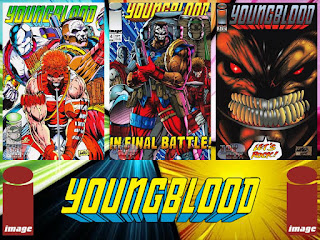 Not that Image was the sole cause of this. By this time in comics, every company was looking for ways to get people to buy multiple copies of the same book. Gimmicks were big, and comic book enthusiasts shifted to buying copies of books based on names attached and flashy covers, not the stories inside, which were proving to get worse and worse with each month. 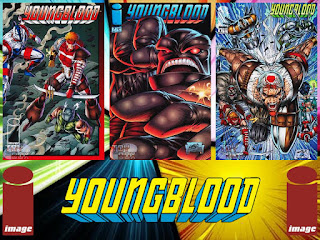 Image certainly helped to contribute to this inevitability. Though I can't blame the creators behind each book. If people are going to throw money at you, of course you're going to take it. As you see the number of sales come in each month, you're also going to get an inflated ego. Then you're going to stop trying because you think your name will sell books, regardless of the contents inside. 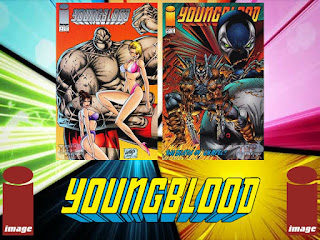 It worked for a while, then it came crashing down across the entire industry. Several Image titles were short lived as a result of this, and soon the artists who would never work for Marvel or DC again, were once again knocking on the doors of the publishers who made them who they were.

With the success of McFarlane Toys, several other companies were eager to produce toys based on Image titles. I've already talked about Prophet from Awesome Toys, and today I'm going to showcase the short lived Youngblood series. 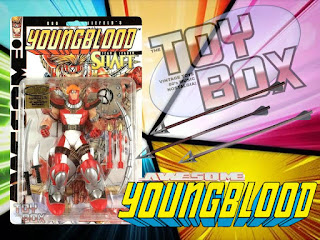 Much like Prophet, the series focused on one character in multiple colors - Hey, kind of like an Image comic. Same thing, different paint job. No wonder this line failed miserably. Interest dwindled fast, if it was ever even there, and much like the comic series, Awesome Toys soon found itself cancelled. They produced only two more lines before closing their doors for good.

Click "HERE" to go back to the home page. For more posts related to this one, please click the labels below.
Posted by The Toy Box on February 08, 2021
Email ThisBlogThis!Share to TwitterShare to FacebookShare to Pinterest
Labels: 1990's, Awesome Toys, Image Comics, Youngblood