Movie tie-ins. They're big business, and everyone wants to take a slice of the pie when it's a highly anticipated blockbuster film.

The year was 1989. The Ghostbusters were back on the big screen for the first time since 1984 and Coca-Cola was there to be a part of the event. Enter the limited ghost in a can Coca-Cola.

What set the soda apart from all the rest was its shtick. While the label stated a real ghost was inside, it warned that opening it would cause the ghost to immediately escape and disappear into thin air. However, it didn't stop there. When exposed to strong light for a few minutes, then taken into a dark room, a ghostly green afterglow appears inside the can. 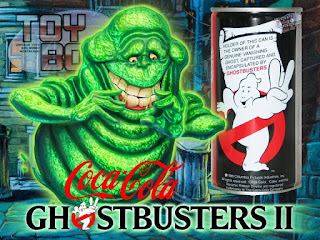 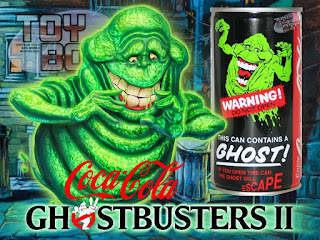 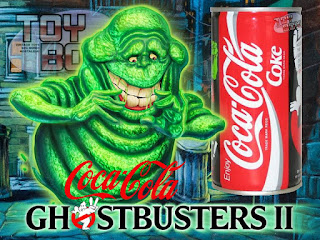 The Coca-Cola Company didn't just stop at the can either. They made a a little glass cup / jar, which was also available as part of the Ghostbusters II promotional tie in. It's worth noting that while the sample shown here has a white lid, they have also been found with red ones.