As announcements flood the interweb of the Zartan / Cobra Infantry wave hitting Walgreens, people are also discovering something else. Scarlett and Roadblock are repaints!

Yup, it's true. More repaints are hitting the market, and you too can join the hunt! But what are you looking for? 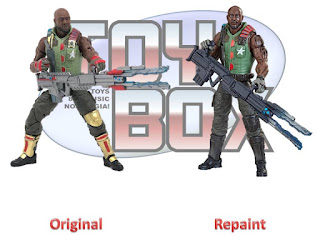 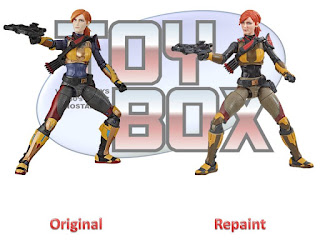 Well, that's not the last of it. The re-issued wave one cases are also showing up with repaints. This time to Snake Eyes and Duke. Oddly, the repainted Scarlett and Roadblock are not in the case. Instead, these appear to be (for now) the originals. 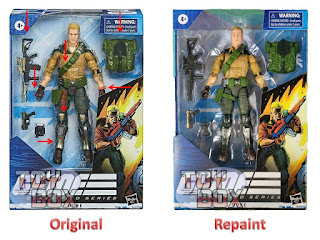 Snake Eyes features very subtle changes. The red dash above his visor has been removed, which is difficult to spot as it is. However, the easier tell that you've found the repack is that the knife packed in to the side of his head has been removed (as has the slot for it), and it is now in the sheath on the figure. 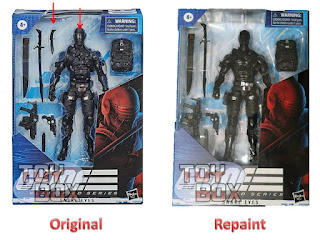 Mmm, boy. Sure is fun to chase down variants. Enjoy the hunt!

For those of you also keeping track of the numbers, Zartan is officially number 23, and Cobra Infantry is 24. All the repaints above are their original numbers.