Yeah, not really. It's just my continuation of G.I. Joe file cards. This time focusing on 1990. This particular year was the last of my personal Joe collecting as a kid. I was in the process of packing up to move from Oregon to Virginia, would be entering high school upon arrival, and toys were becoming a thing of the past for me. Especially in lieu of Nintendo and Genesis taking up a lot of my time. Still, I had a handful of the figures from this year before officially tapping out.

Granted these days I've since rectified a lot of that by getting all of the Cobra figures. I'll probably get around to the Joe team soon. Even then, I admittedly don't know much about the actual characters from this point on. I guess I need to read the file cards just as much as everyone else.

However, before that, it's worth noting that 1990 brought with it the first official season of the DIC Joe cartoon. I wish I could say that there was something salvageable in this cartoon series, but it really was bad. It only got worse when it entered its second season. Characters were over the top silly, making it difficult to take them serious on any level. Take for example Metal Head, who was my favorite figure from the year. The guy acts nuts, and launches his missiles while shouting, "BANG!" It's just so unnecessary, and added a level of unneeded goofiness to the show. As an adult trying to watch it, it's pretty cringe worthy. I don't think I even made it through the entire series.

And on that note, let's jump into the file cards. 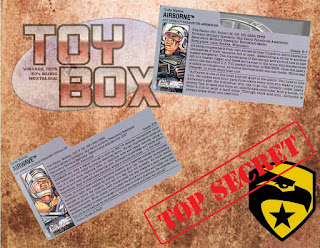 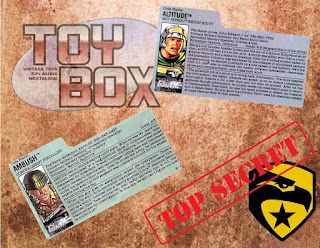 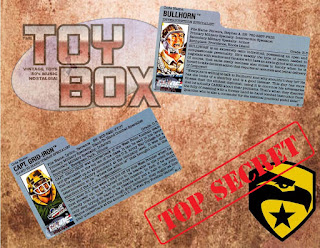 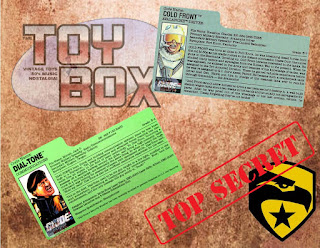 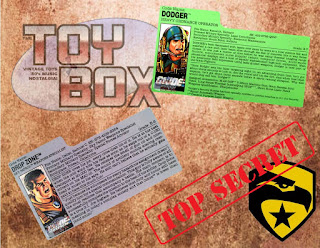 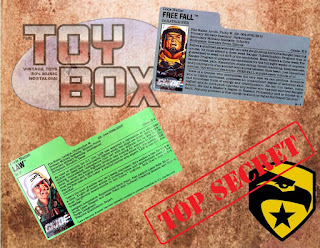 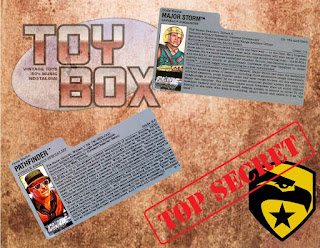 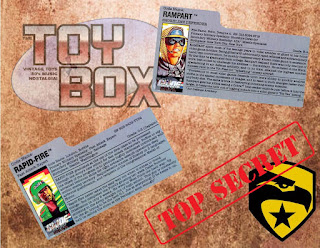 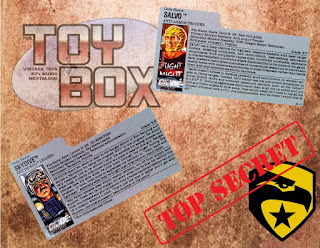 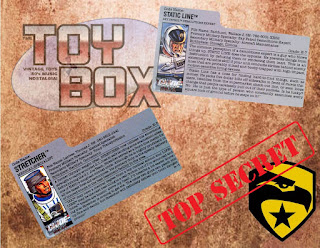 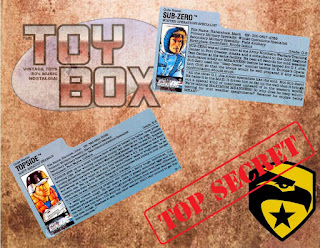 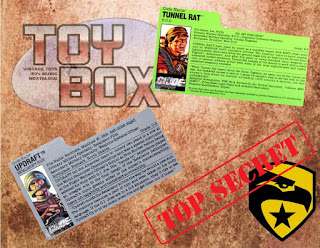 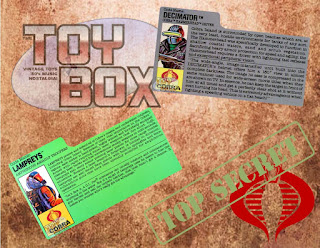 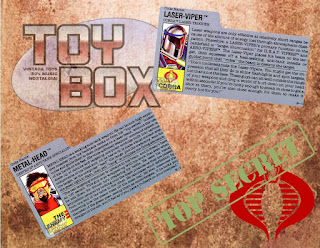 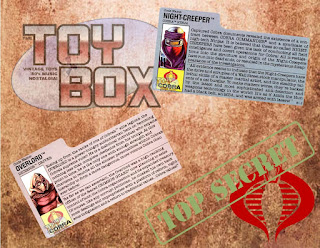 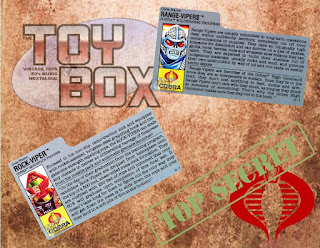 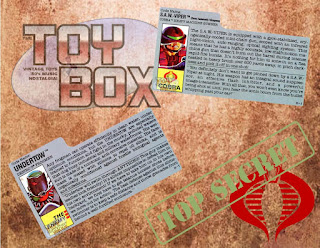 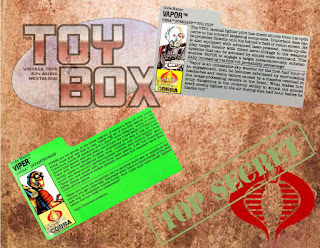 Click "HERE" to go back to the home page. For more posts related to this one, please click the labels below.
Posted by The Toy Box on November 30, 2020
Email ThisBlogThis!Share to TwitterShare to FacebookShare to Pinterest
Labels: 1990's, A Real American Hero, File Cards, G.I. Joe, Hasbro