We continue chugging along with our look at G.I. Joe file cards, this time turning to 1986. This was the year that G.I. Joe finally hit my radar and I started to get some of the toys. I want to say that I eventually ended up with eighteen of the thirty-two figures made available this year. Mind you that, was a combination of basic figures, vehicles with their drivers and the mail away Sgt. Slaughter.

It didn't take long for the series to become my go to toy line that I played with almost daily. Out of this particular wave, I remember a lot of fun play times with Sci-Fi, who I actually used as Robocop, in conjunction with General Hawk's pistol. When I started collecting Joe's again, Sci-Fi was one of the first figures on my "must have" list - Even though it took me quite a while to get around to it.

The line of toys was supported by the second, and sadly final, season of the original Sunbow cartoons. While it only included thirty additional episodes, I personally think they're far superior to many from the first season. It would have been amazing to see how Sunbow would have continued the show following the forthcoming animated movie.

1986 also brought with it the first of many sub-series of figures. These were the Toys R' Us exclusive Special Missions Brazil pack. Ironically, when this five pack of figures was initially released, it garnered little attention in the toy isles. I swear that more exist these days in their packages than those that were initially opened and are now loose. In regards to this set, each file card, while the same in information, was changed in the picture. As such, you'll see below that there are two cards for Dial Tone, Wet Suit, Leatherneck and Mainframe. These represent both their basic and Special Missions cards. Claymore, the only "new" figure in the pack only has one file card.

Speaking of file cards, let's have a look! 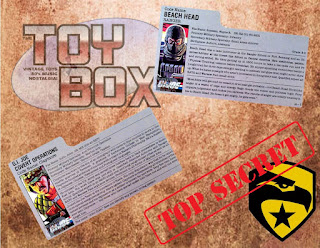 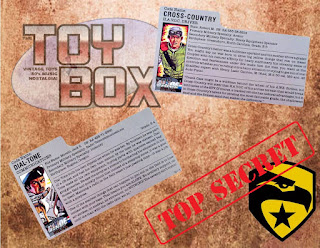 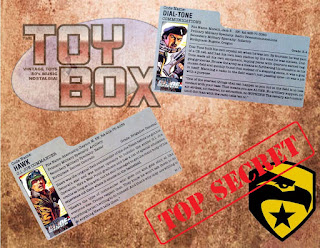 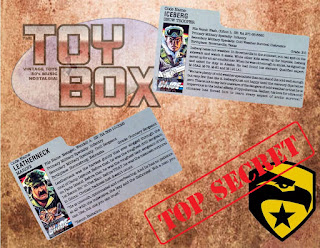 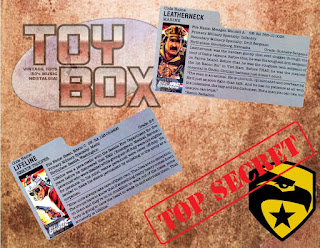 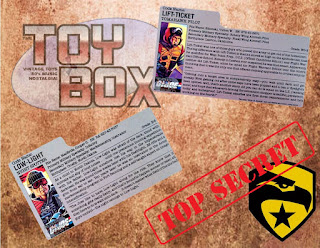 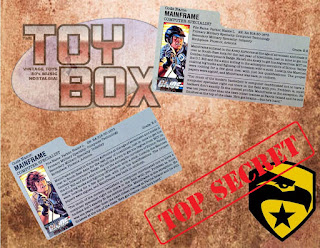 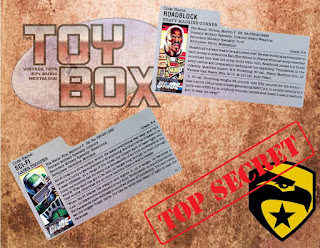 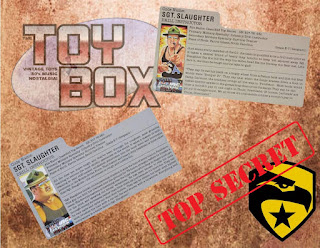 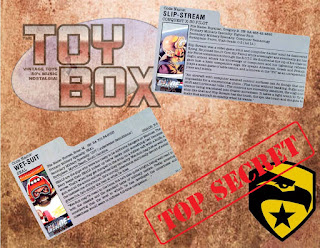 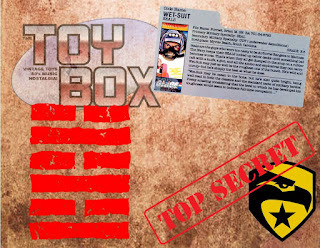 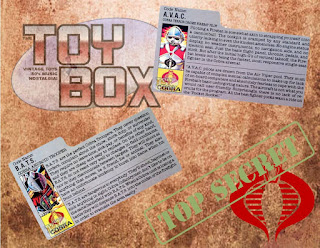 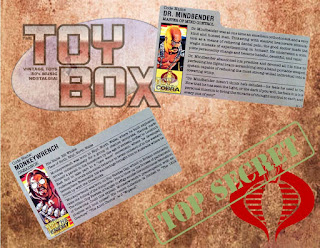 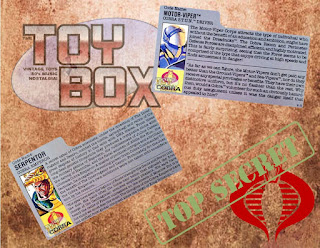 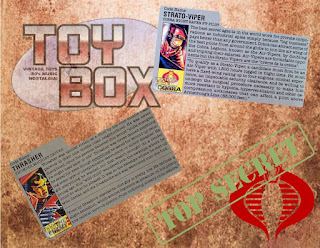 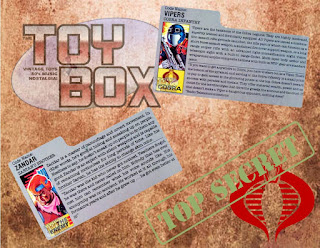 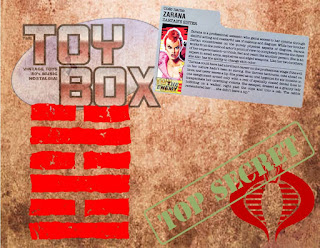 Click "HERE" to go back to the home page. For more posts related to this one, please click the labels below.
Posted by The Toy Box on November 02, 2020
Email ThisBlogThis!Share to TwitterShare to FacebookShare to Pinterest
Labels: 1980's, A Real American Hero, File Cards, G.I. Joe, Hasbro