We continue our year end wrap up with a look at the 1989 file cards for G.I. Joe. Is everyone is still having fun?

1989 saw the resurrection of the animated series, this time under the helm of DIC. It all started with the Operation Dragonfly mini series, which saw the return of Cobra Commander, this time in his all metal suit (as introduced in the 1987 wave of figures), while also quietly brushing aside events of the 1987 animated movie. While some of the voice actors return from the Sunbow series, for the most part, it's a whole new cast. Sadly, this doesn't work well for the continuity. It also didn't help that the low budget allotted for each episode meant corners had to be cut, in terms of the overall quality. This was all the more prevalent as the first season launched the following year.

Regardless of the cartoon being a relative flop, the figures themselves continued to be on par with what kids expected. Lots of new faces, imaginative bios and all around fun. 1989 also gave kids like me an opportunity to get some of the older figures which were missed due to my late entry into the toy line. Slaughter's Marauders and Python Patrol became my only versions of staples such as Copperhead, Junkyard, Spirit and the various Cobra branches of troops, Tele-Viper, Cobra Officer and Soldier, Crimson Guard and Viper (the later of which was the only figure I had an "original" of).

I've finished my Python Patrol set as of August of 2020. However, I haven't even started on the Slaughter's Marauders set. It's something I've been meaning to get around to, but just haven't. Until then, I'll have to be content with referencing the file cards. You know, these ones. 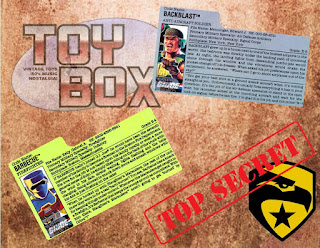 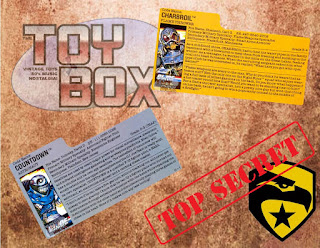 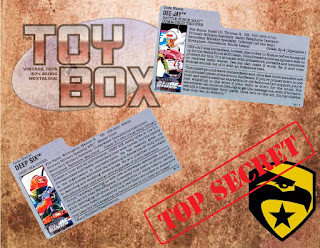 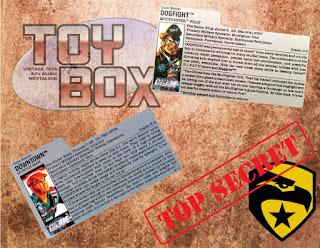 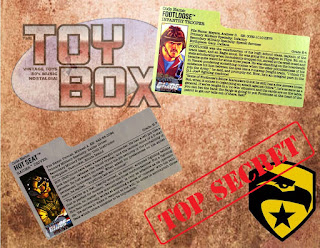 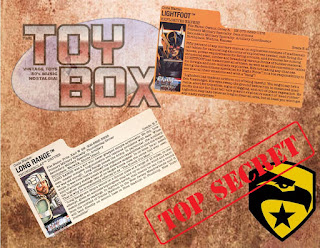 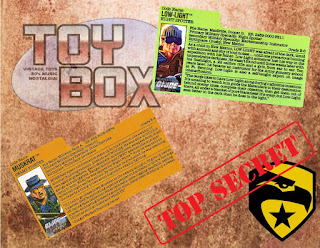 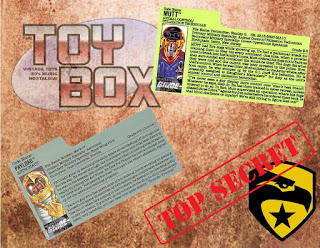 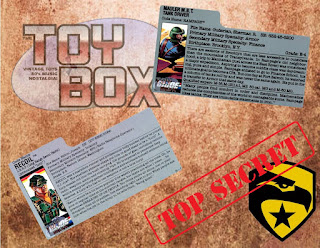 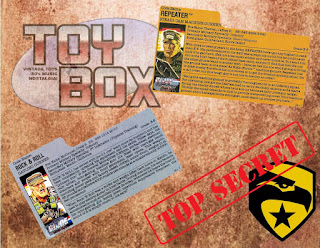 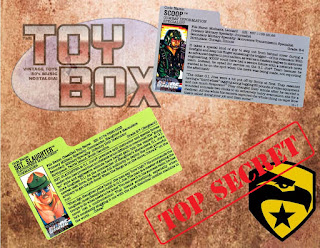 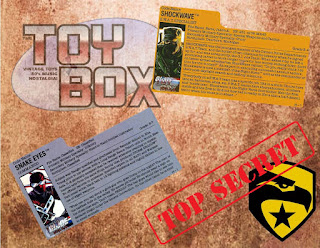 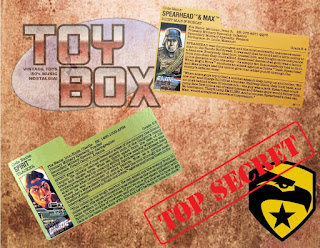 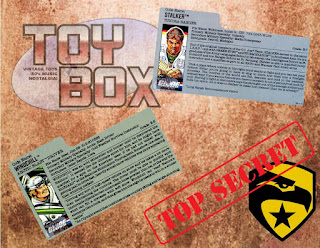 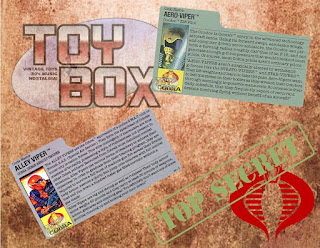 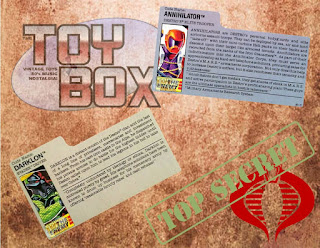 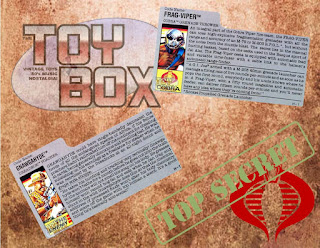 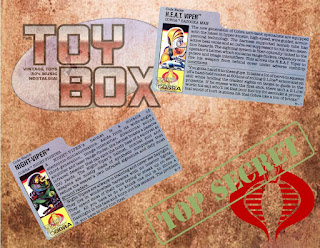 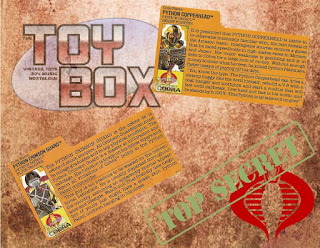 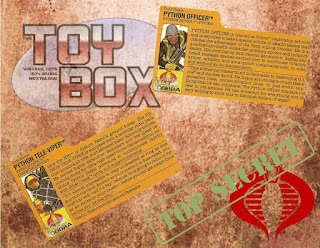 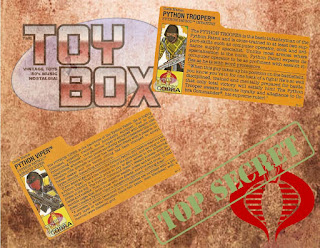 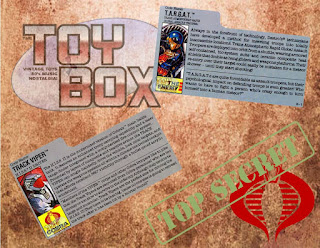 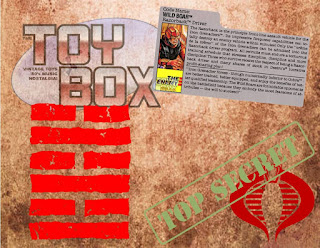 Click "HERE" to go back to the home page. For more posts related to this one, please click the labels below.
Posted by The Toy Box on November 23, 2020
Email ThisBlogThis!Share to TwitterShare to FacebookShare to Pinterest
Labels: 1980's, A Real American Hero, File Cards, G.I. Joe, Hasbro