With today's post, we're about half way through our look at all of those fantastic file cards from the vintage G.I. Joe line.

Say what you will about the movie, or Cobra La. I think the 1987 film was wonderful. Some of my all time favorite figures came from this wave. In fact, 1987 was my Joe year. This is the wave I had the most figures from, and remains one of my all time favorites. Of the forty-two figures available (forty-four if you count the variations of Starduster and Steel Brigade), I had a whopping thirty-six of them! That consisted of all of the basic assortment, all three of the sub-series (Sgt. Slaughter's Renegades, Cobra La and Battle Force 2000), as well as, several of the vehicle's and their drivers.

This was also the year that Hasbro once again won Christmas. This time it was with their amazing Defiant Space Vehicle Launch Complex. I remember I wanted this vehicle so badly as a kid, but my parents would have no parts of it. Considering how many Joe's I ended up with that year, in hindsight, I can understand why. Not only was it the most expensive in the bunch, but I had already received so much. Naturally, I didn't see this as a child, but I certainly do now. It's difficult to be grateful for what you have when you're ten years old.

Funny story. I called my mom while writing this post to give a very humble thank you for all the toys I had as a kid, and she said, "I don't remember having any G.I. Joe's in the house when you were a kid." Wow, really? Either her memory has failed her as a senior citizen, or I don't recall my childhood like it really happened. Just to clarify, the latter is not the case.

Well, on that odd note, let's have a rummage through the file cards for the figures I apparently may or may not have had...Which for the record, I did have. 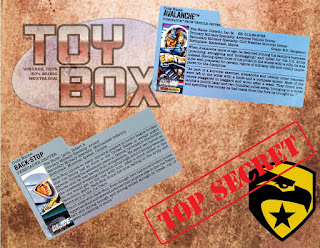 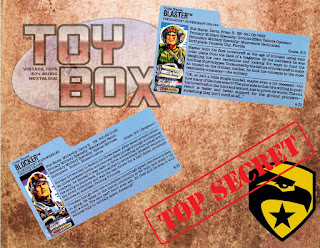 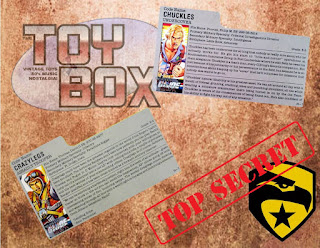 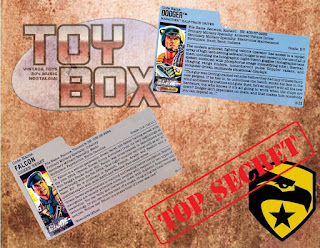 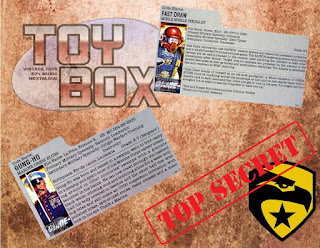 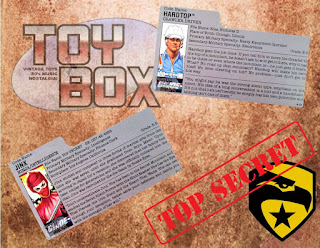 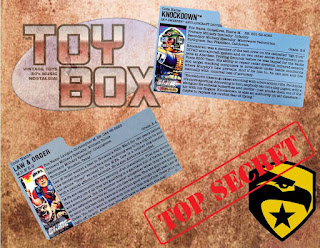 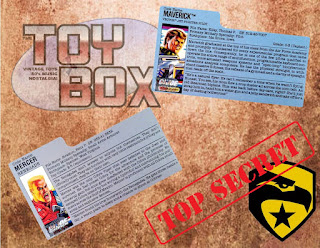 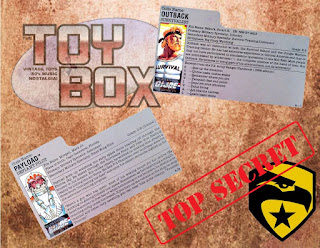 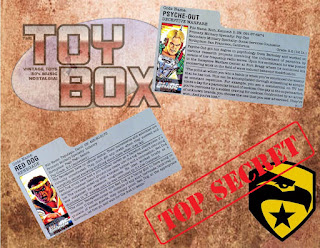 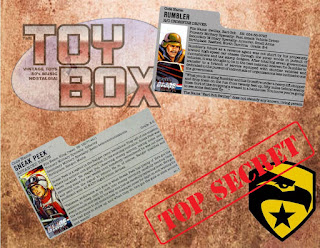 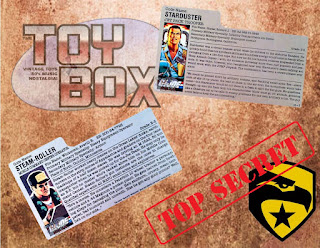 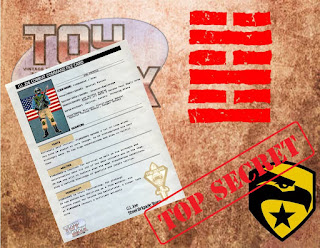 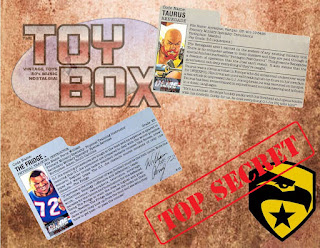 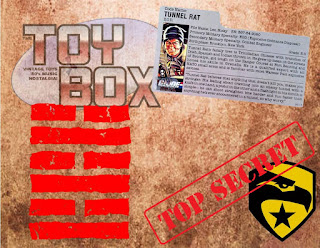 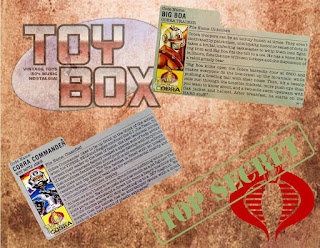 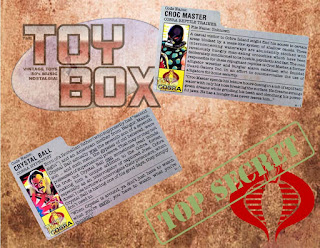 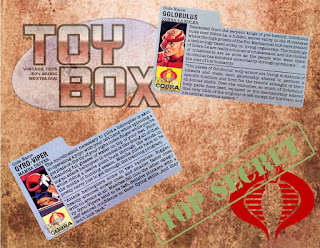 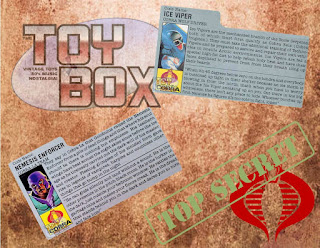 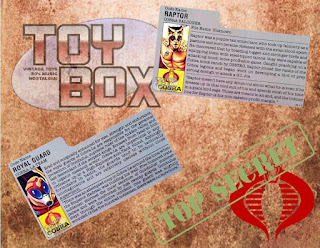 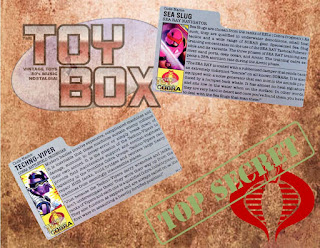 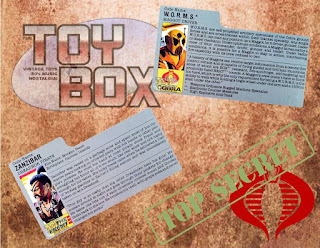 Click "HERE" to go back to the home page. For more posts related to this one, please click the labels below.
Posted by The Toy Box on November 09, 2020
Email ThisBlogThis!Share to TwitterShare to FacebookShare to Pinterest
Labels: 1980's, A Real American Hero, File Cards, G.I. Joe, Hasbro