If there's two things that kept me occupied as a child, it was cartoons and toys based on cartoons. I was born just at the right time in the 70's to make me just the right age to start watching cartoons in 1980, allowing me the opportunity to enjoy the entire decade of shows that would follow before growing out of that stuff...at the time.

These days, I watch cartoons regularly. Daily in fact. There are so many classics from that era, and while I admittedly haven't seen all of them, I have a fondness for the ones I grew up with, and a great excitement for seeing the ones I missed back in the day for the first time as an adult.

To wrap up 2021, we're going year by year each Monday to revisit all those classic cartoons of the 80's. There will be general information about each series, as well as some of my fondest memories as a child, or new ones as an aging nostalgia obsessed big kid. just bear with me for some of those earlier years. I was quite young after all. It all kicks off right here and now with 1980. 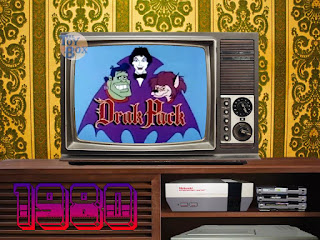 Drak Pack only aired for a short period of time in the last quarter of 1980, and I honestly can't say that I got a chance to see any of these. As a three year old, I don't know that I would have wanted to. I was a bit timid as a child, and got scared pretty easily at horror based entertainment. But, I suppose a lot of kids probably did.

It's out of print now, but still pretty easy to find on ebay. However, it's going to set you back forty to sixty dollars. 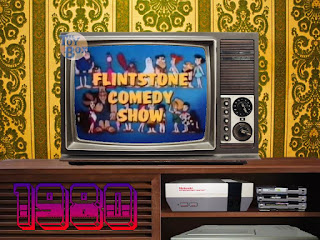 This was my introduction to the world of Bedrock, and subsequently one of the guest segments, Captain Caveman. It's here that I also got the original impression that Fred and Barney were cops, and not cavemen, as seen in the Bedrock Cops segments.

Unfortunately, while you can find many iterations of The Flintstones on DVD, this is not one of them. It remains a popular series requested by fans to be given a "home video" release. 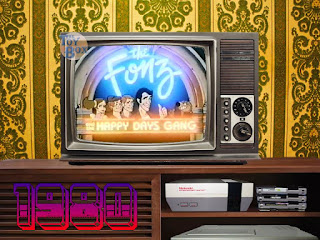 The Fonz and the Happy Days Gang is a series I missed as a kid, but one as an adult I really want to check out. In fact, Happy Days, the original TV series, was a show I missed in general, as it wasn't from my time.

Good thing this one was released on DVD in 2019, and though it's currently a bit pricier than what I want to pay, for now, it's available in its entirety. I'll have to catch this one during a sale before it goes out of print. 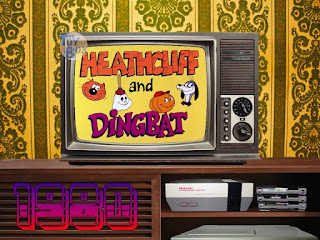 For as much as I enjoyed the 1984 Heathcliff series, it's odd that I had no clue this series existed until a few years ago. I still haven't gotten a chance to see it, but I wouldn't mind. The series transitioned to Heathcliff And Marmaduke for its second season, and is generally considered to be unrelated to this show.

It's not only available on DVD, but it's relatively cheap too. I'm definitely going to have to grab this one before it goes out of print and / or skyrockets in price. 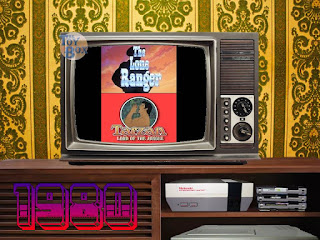 I was never a fan of "adventure" cartoons such as this, nor the art style. This series, along the likes of Space Stars, and Johnny Quest, which all looked similar, always felt slow paced and boring.

In season one, the show featured only The Lone Ranger and Tarzan. However, by season three, Zorro was added to the series, and title of the show.

Though The Lone Ranger and Zorro have been released on DVD, these are currently out of print. Tarzan has never been released on any home video formats. Despite passing away in March of 1950, the rights for the character remain those of Edgar Rice Burroughs, the original creator. To date, his estate has not given any approval for the Tarzan segments to be released. 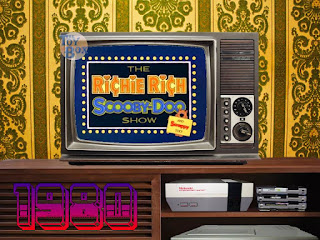 Ah, yes. This was one of my favorite cartoons of all time. I fondly remember sitting on the carpet in my grandparent's home watching the intro to the Scooby-Doo segments of the series.

Season one has been released on DVD, but from there it gets a little wonky, and I honestly don't know from there. See, this series actually contains season two of the Scooby-Doo And Scrappy-Doo Show, but before I go into it, let's jump into that title, which was also a cartoon in 1980. 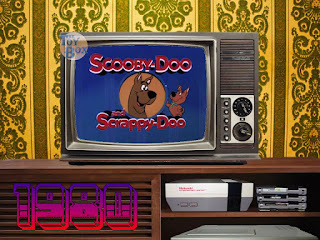 You know, say what you will about Scrappy-Doo, but he added something that was originally missing from the series. An annoying little runt that wouldn't stop running his mouth. Grrr, I just want to punt that little...um...I mean, yeah, he was okay.

In all seriousness, the era of Scooby-Doo I grew up with always had Scrappy as a part of it, so it wasn't until I got older that I started getting introduced to the original "Where Are You" series that was sans the pup. 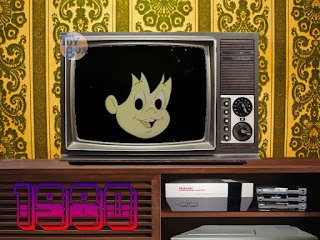 Excuse me, Sport what?

I have never heard of this show, never seen an episode, and based on the wiki page, I'm not surprised. It apparently was a popular show in Germany and other European countries, and was "ported" over to the USA by Filmation. While I love me some cartoons from that company, this is not one I am familiar with at all, and have no interest in resolving that. 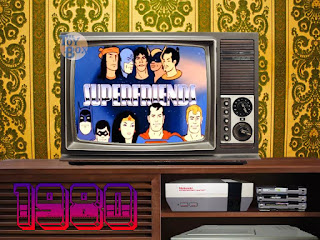 Super Friends was a series that I've known about for a long time, but didn't start watching until my adult years. In hindsight, I really missed out.

Now, I know a lot of you cartoon afficinados out there are shouting, "Super Friends" didn't air between 1980 and 1982! It's been around since the 70's!" You would be right. However, I treat Super Friends like I would Scooby-Doo. It was one giant show, with several shows comprising of it.

As of now, all of the various series over the years, from 1973 to 1986 have been made available on DVD, and while I don't particularly want them all, there are definitely some series from the 80's that have my attention. 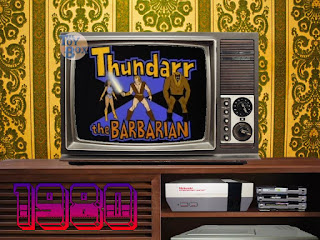 I used to work with a guy who was obsessed with this show. This was odd to me, because he wasn't a child of the 80's, nor did he seem to know that the cartoon was from this particular era. Then again, he was a bit of a Dead Head, and subsequently a burnout as a result.

As for me, I didn't like this show growing up as a kid, and have no love for it to this day. It's just not my thing. I do have it on DVD, a gift from the above noted person, but I don't watch it. 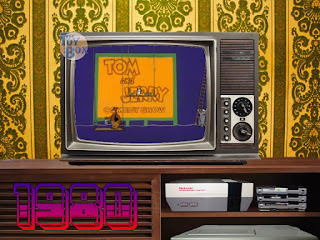 Much like the Flintstones Comedy Show, this was my introduction to the world of MGM's infamous cat and mouse duo, along with Droopy, one of my all time favorite characters. This show sparked my love for Tom and Jerry, and when they became available, I nabbed up volumes one through three of the original theatrical shorts.

Though I searched and searched, this show has not yet been released on DVD. However, at the time of this writing, August of 2021, there was an announcement that it would be coming in the fall of 2021. I'm going to keep my eye on that one, and grab this up when I see it.

With that, the world of 1980's cartoons wraps up. While I know there were several other cartoons in syndication around this time in the USA, I may have missed them. Otherwise, I saw them, but they actually aired in the 70's, and just so happened to carry over into the 80's. For my list, those didn't qualify.

Posted by The Toy Box on October 25, 2021
Email ThisBlogThis!Share to TwitterShare to FacebookShare to Pinterest
Labels: 1980, Cartoons Of The 80's