Spanning a career multiple decades long, Suzi Quatro doesn't appear to be showing any desire to stop even in her 70's! She hit my radar not too long ago with her song, "She's In Love With You, from her 1979 album, Suzi...And Other Four Letter Words. Though I never really spring boarded from there into anything else from her.

Suzi was born to play music, having literally gotten her start playing drums for her father's jazz band at the age of seven. In 1964, at the age of fourteen, her sister started a garage band after seeing a broadcast of The Beatles. Suzi joined the group, providing vocals and bass. However, the band was limited to gigs, playing mostly at Cabernet venues, where it was more about their looks than the music. Still, this made them somewhat popular with the Detroit music scene, and they eventually released two singles in 1966 as the Pleasure Seekers.

In 1971, the music industry was looking for the next Janis Joplin, who had passed away in October of 1970. Quatro was garnering this attention with Elketra's president telling her that if she signed with them that she could be just that - the next Jopin. Enter producer Mickie Most, founder of Rak Records. Most promised he would take her to England and make her the first Suzi Quatro. However, there was just one problem. He didn't know how he was going to do that. This resulted in Quatro staying in a hotel for a year, while Most worked with her.

Quatro embarked on a tour in 1972 with Thin Lizzy and Slade, and it was during this time that she released several singles. While her first song, Rolling Stone, went to number one, this was only in Portugal. Her second single, Can The Can, went number one in both Europe and Australia. 48 Crash, Daytona Demon, and Devil Gate Drive would follow with Can, 48, and Devil all selling over a million copies. Her self titled debut would follow, but fail to garner much attention in the USA. Despite this, she would release five more albums throughout the 70's, Quatro (1974), Your Mama Won't Like Me (1975), Aggro-Phobia (1977), If You Knew Suzi... (1978), and Suzi...And Other Four Letter Words (1979). 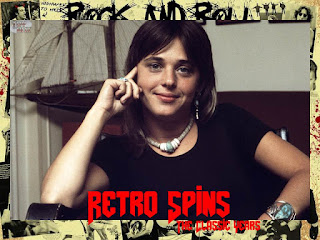 She continued to be successful throughout Australia, but by 1980, this too waned when she switched labels to Dreamland Records. With the exception of a brief appearance in 1986 alongside the London Cast for Annie Get Your Gun, Suzi only released two albums in the 80's before disappearing. 1980's Rock Hard, and 1982's Main Attraction. To the general public, it appeared she had tapped out. However, this was far from the truth.

Though she would switch labels consecutively with each album, barring her last two, Suzi returned in 1990 with her tenth studio album, Oh, Suzi Q. She would then disappear until the middle of the decade, once again reappearing with 1995's What Goes Around - Latest And Greatest, which was part new album, part re-recorded hits. This was followed up with in 1998 with Unreleased Emotions, and 1999's Free The Butterfly, the latter which was by no means an actual album. Rather, it was a self-help sound therapy record in correlation with Shirlie Roden.

After disappearing again, Quatro would work on the album which would be presented as her come back. 2006's Back To The Drive. It was mildly successful in Switzerland, but failed to chart anywhere else in the world. With her comeback somewhat stunted, she would once again step out of the spotlight, but return with 2011's In The Spotlight...Which she ultimately wasn't, because that album too failed.

In 2017 Suzi returned with Andy Scott (of Sweet) and Don Powell (of Slade) for the aptly titled, Quatro, Scott & Powell. The album was a mix of covers and original material, and while the ingredients were all there, the album just didn't get any attention. But, Suzi didn't seem to care. She released another album in 1999, No Control, and again in 2021, The Devil In Me.

Despite Suzi's mainstay popularity in Australia, and a stunted career from the 80's and on, I'm here today to go back to her original debut album from 1973. I want to hear who Suzi was, where she started, and see for myself that piece of an era that I can't help but feel has most likely been forgotten by the world. 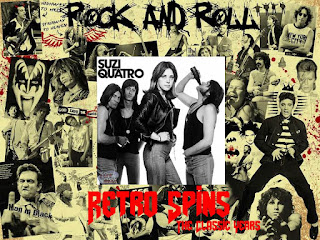 Well, sadly this write up isn't going to be long. While Suzi has a powerful voice, and her band is suitable for the tunes they're playing, they just aren't any good. In fact, they're so forgettable that as I was typing all of the above, I actually tuned it out. I was surprised when typing this paragraph that the album was wrapping up with the final track. Nothing stood out.

It appear that perhaps the rest of the world may have been right with this one. It's just not good. Well, let me take that back. It's just not memorable. And that, in and of itself, is probably worse than being bad. See, I'll remember a lot of songs I absolutely hate for all the wrong reasons. Whereas, even now, I can't really remember anything from this album that I heard. I couldn't repeat one word to you from any of the songs.

I guess for me, I'll stick to the one tune I pulled from her 1979 album, which I own, but have never heard in its entirety. After this listening session, I see no reason to really do so. But, I suppose if there's one thing to be happy about. At least we got her appearance on Happy Days to perform, Do The Fonzie!

Yeah...That's probably not something to be proud of.