Hasbro Pulsecon 2021 has wrapped up their G.I. Joe segment, and were happy to announce one new figure the fans have eagerly been awaiting. The all new Going Commando Snake Eyes will be available for pre-order from Target at 5:00 PM today, limited one per customer, with only ten being produced. Good luck! 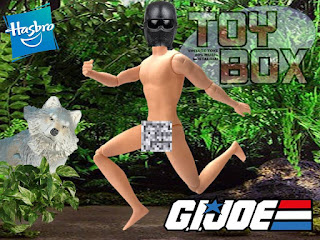 In all seriousness, Hasbro announced several figures today which included Spirit with Freedom, Storm Shadow, Croc Master and Fiona and B.A.T. Hasbro also announced the next wave of Target exclusives, which will shift the line from Cobra Island to Tiger Force and Python Patrol. These initial figures will include Outback (Tiger Force), B.A.T. (Python Patrol), and Cobra Viper (Python Patrol). 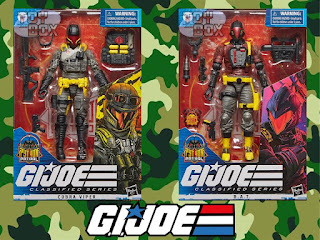 These three figures don't really excite me. Tiger Force and Python Patrol were great back in the day, but they don't necessarily scream "amazing" in six inch form. More so an excuse to create "cheap" repaints on Hasbro's part, because let's be honest, B.A.T. is already coming, Viper has already come, and Outback will hit at some point int he future in his traditional gear. Especially now that Hasbro has the mold. With that said, I'd be perfectly happy if all future exclusives were just repaints. It would make missing out on them a bit easier to swallow. 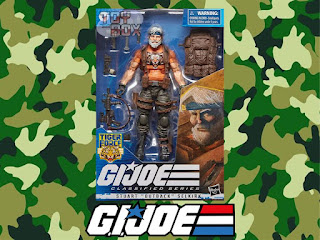 Croc Master has been one of my favorite figures since 1987, so I'm really excited to see this one come out.

Many people tend to forget that Storm Shadow was Spirit's original adversary in the cartoon, not Snake Eyes. So to me, this release schedule works perfectly. 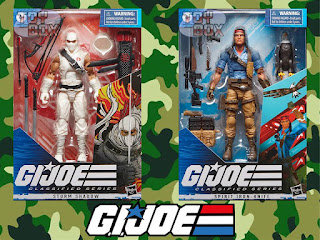 Hasbro Pulse members can pre-order the already known about Master of Disguise Zartan as of 4:00 PM, and he will then be made available to everyone else as of 5:00 PM. Target's pre-orders will also be available at 5:00 PM today. At this time, the regular B.A.T. is just an announcement, and this is the only figure not being listed for sale yet. 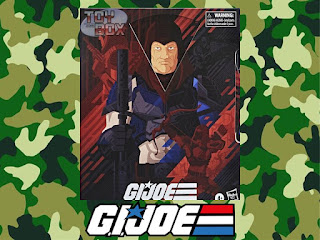 UPDATE - Target appears to have fixed their pre-order debacle of prior figures, as these are still available as of 5:30 PM. Hasbro is sold out of Storm Shadow, Spirit, and Croc Master, but you can get them via other online chains, such as Entertainment Earth. They have not yet hit Target.

Update - As of 7:30 PM Master of Disguise Zartan is sold out at Hasbro Pulse. 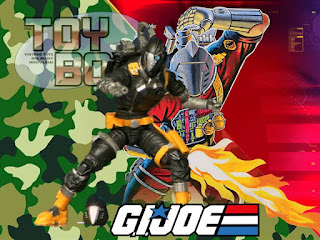 Click "HERE" to go back to the home page. For more posts related to this one, please click the labels below.
Posted by The Toy Box on October 23, 2021
Email ThisBlogThis!Share to TwitterShare to FacebookShare to Pinterest
Labels: G.I. Joe Classified, Hasbro, Hasbro Pulse, Hasbro Pulsecon