Today's post takes me not only back to my childhood, but also back to 2010, when I posted here at The Toy Box about Kenner's fantastic DC based line, Super Powers. The original line ran from 1984 to 1986, and was then cancelled. This, however, wouldn't be the end.

Super Amigos were a line of those same toys produced by toy company Pacipa for release in Argentina. Unfortunately, it was a very limited release. By this, I mean that not every figure from the original line was produced. Only thirteen, in fact. As such, there are some very clear omissions in the line.

Because there is often some misrepresentation with this line, it is specifically worth mentioning that these were licensed products for foreign releases and not knock-offs, as they are often misconstrued to be. Super Amigos is a 100% authentic toy line, in every respect and regard. 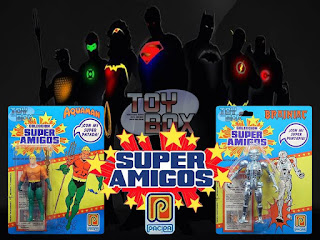 Argentina is a predominantly Spanish speaking country, and said language doesn't have a word for many of the characters from the line. As such, you will find several of the figures retain their English translations for the names. 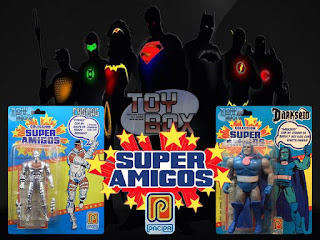 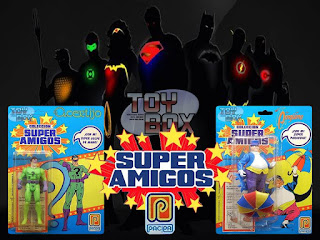 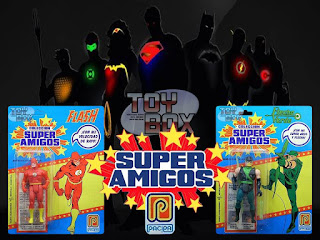 With that said, Flecha Verde has become my new all time favorite name for Green Arrow. I don't think I'll ever refer to him again in his English name. It just sounds so much cooler. Flecha Verde. Say it with me one time. You'll see. 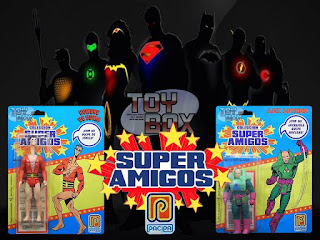 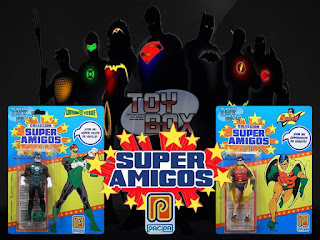 In terms of quality, the figures have their typical flaws that one would find associated with foreign figures. The overall quality of the plastic is low, the production and assembly flawed, and the heads molded in flesh colors vs. being painted. Additionally, the cardbacks themselves were prone to issues with the bubbles not being secured with enough glue, or in some instances, being stapled on. 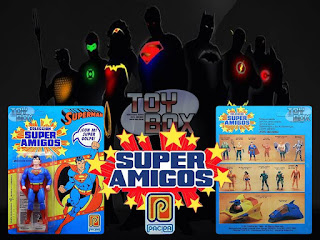 If you look at the back of the cardback (above), you'll see that two vehicles are advertised. The first is Super Espacionave and the second, Supernave. Though these two vehicles can be found sporadically, they are incredibly rare in the boxes. Because of this, I wasn't actually able to track them down for this post, and ended up deciding to skip on them. While I wouldn't normally do this, the reason was mainly driven by the fact that you can see them in my original post on the Super Friends line. They are the Delta Probe One and Supermobile, respectively. If I happen to come across them in the future, I will add them to this post. 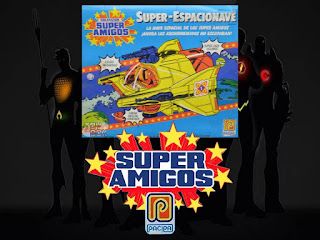 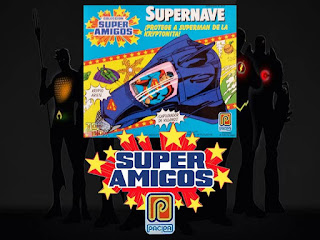 Click "HERE" to go back to the home page. For more posts related to this one, please click the labels below.
Posted by The Toy Box on July 13, 2020
Email ThisBlogThis!Share to TwitterShare to FacebookShare to Pinterest
Labels: 1980's, 1990's, Pacipa, PlayFul, Super Amigos, Super Friends