My mailman must really hate me. I mean, really truly hate me. Last time I had him coming daily with armloads of comics and now I've switched gears on him back to CD's.

I'd like to be able to cross off the remaining 80's CD's on my want list, and while this will take time, it obviously won't happen at all if I don't start whittling them down. I think in total I purchased thirty-six albums. Volume aside, this is not difficult to do with CD's, based on their relatively low buying price.

This was yesterdays haul. 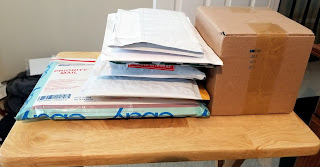 The driver was kind enough to leave the box on my doorstep, but stuffed, and I mean crammed, the remaining seven in my teeny tiny mailbox. I guess his kindness only goes so far. Don't get me wrong, I truly believe he would have found a way to get that box in my mailbox with them if he could have.

Alright, let's dig into this. 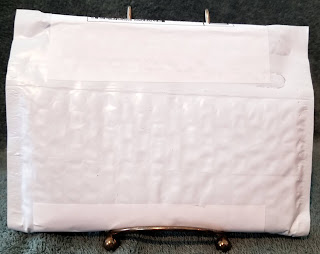 What? Prince and the Revolution's Purple Rain? How could this still be on my want list? It wasn't. However, when I saw this particular version, I decided to go ahead and grab it. 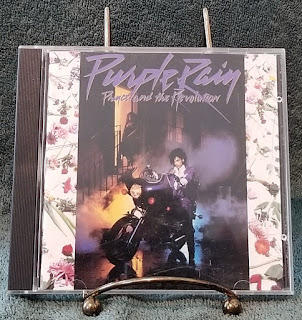 This is an original West Germany pressing, making it truly the first release of the album on CD. While I don't know when the copy I initially had in my collection was made, as it's only dated 1984, I speculate it was in the 90's.

For those of you who have kept up with my CD buying, you know that I prefer original pressings, or in general the original albums over remasters or reissues. This is a perfect addition to my collection. 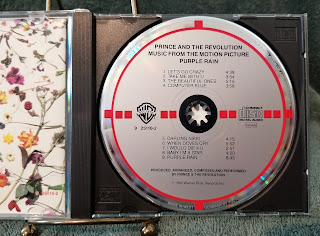 Moving on to the next is an album and band a lot of people either never heard of or don't remember. 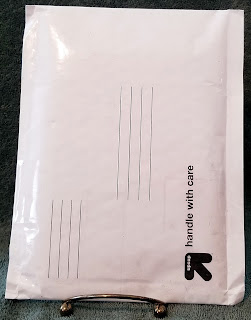 Love And Rockets self titled album from 1989 isn't their first release. In fact, it's their fourth. However, it is the only album to have Billboard hits on it. The band was most memorable (and I use that term lightly) for their chart topper, So Alive, which reached number three in May of 1989. While it had a second "hit", No Big Deal, that song only peaked at number eight-nine. Personally, I have never heard of the latter. 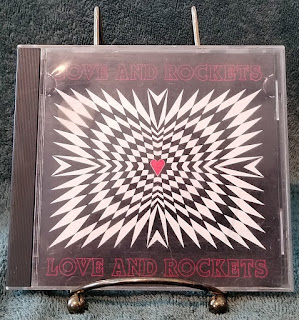 "Do not bend"....Gotta love it. I really (sarcastically) appreciate how sellers will throw your item in the flimsiest packaging they can find and put the onus on the post office to then be responsible for its arriving safely. I'm not saying the post office is free of fault for damaged packages / items. However, it starts with the seller giving a crap and packing things appropriately. 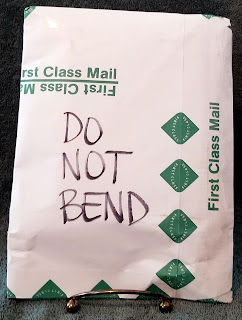 Especially when the CD inside isn't necessarily "cheap", such as this one, which set me back about thirty dollars. Thomspon Twin's CD's are pretty expensive in general. I don't think you'll find a used copy of any of their albums for under twenty bucks. I'm not sure why. Are they really that rare?

In The Name Of Love was the first album from the band released in the USA, and could technically be considered a compilation album. The reason being, it features a selection of tracks from the band's two prior UK exclusive records; 1981's A Product Of... and 1982's Set. The latter included the hit, In The Name Of Love, which would ultimately become the song that boosted them to international stars. 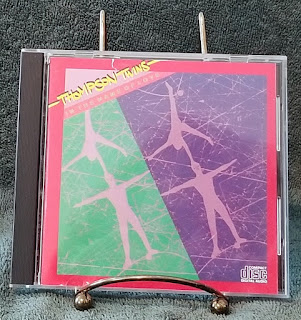 Ah, a nicely padded envelope. That's how you send a CD - If you don't have a CD box that is. 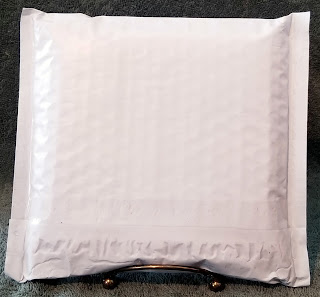 David Lee Roth's Crazy From The Heat EP is unique in the way that a CD version wasn't actually released in 1985 when the initial vinyl and cassettes came out. It wouldn't be until 1992 that the initial CD's were pressed, and again in 2012. This particular version is the one from the 90's - Hooray for first pressings! 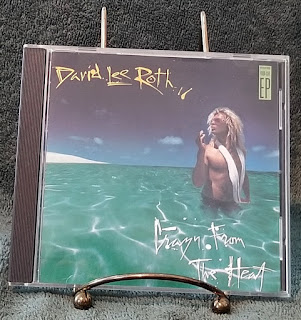 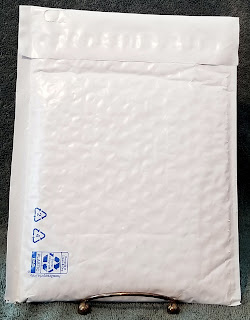 38 Special is another group that has been on my want list since its inception. What kept deterring me from taking the plunge was the cost. Used CD's are a bit ridiculous. Not Thompson Twins ridiculous, but pretty close. 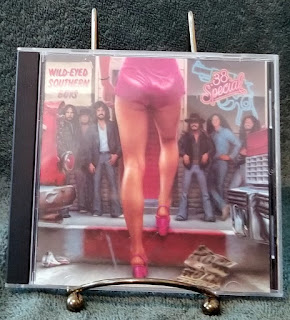 Next up, bubble mailer. Not ideal for shipping, but at least it's padded. 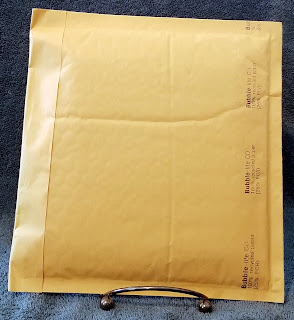 I've had a Definitive Devo CD for a long time, but I've always wanted to get the official album that Whip It was on so that I could ditch the greatest hits. Done and done. Despite trying to listen to the hits album, I could never get into it. I just don't like the music, beyond Whip It of course. 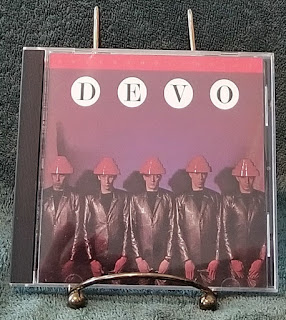 While I initially frowned at this package, admittedly the seller packed the innards well. The four CD's were split into two piles and wrapped tightly with bubble wrap. 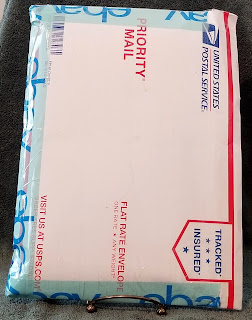 I'm not a big fan of Styx. In fact, I only wanted to get Kilroy Was Here for Mr. Roboto. However, when I came across this lot of four CD's for only a few dollars more and reviewed the track lists, I went for it. The Grand Illusion included Sail Away, while Paradise Theater has Too Much Time On My Hands. I won't keep the Best Of Styx album, regardless of it containing their hit Lady. 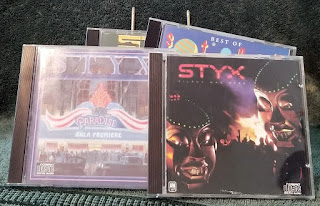 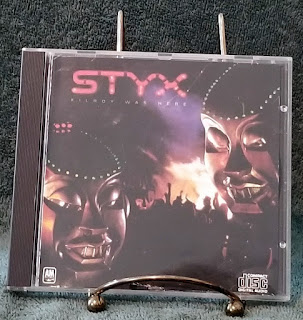 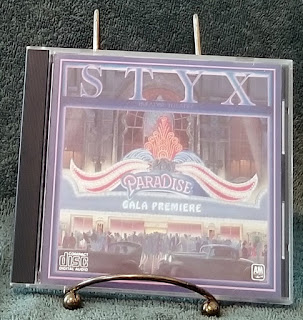 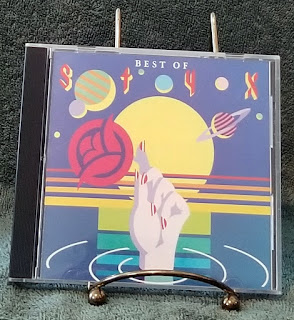 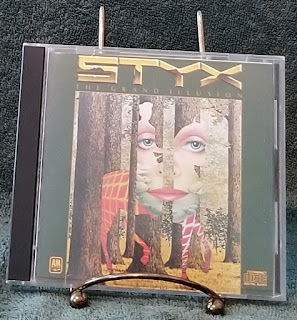 Last up is the one and only box. I initially was only going to get one CD from this particular seller. However, when I perused his list I noted that he had quite a few of the more difficult CD's I had on my list. It was simply for the convenience of getting them all from one source that I took the plunge. Otherwise, I only would have walked away with Night Ranger's Midnight Madness. 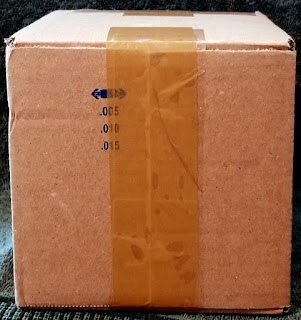 In addition to the above noted CD, the box included Aretha Franklin's 1986 album, Aretha, John Waite's 1984 album, No Brakes,  Quarterflash's self titled 1981 album and unique The Honeydipper's one and only album, The Honeydippers Volume One. If you don't know who the latter are, but you're into super groups, check them out. 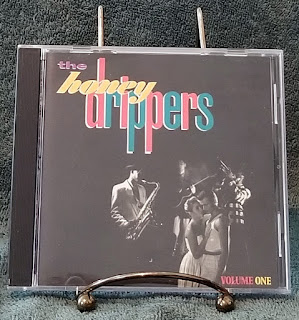 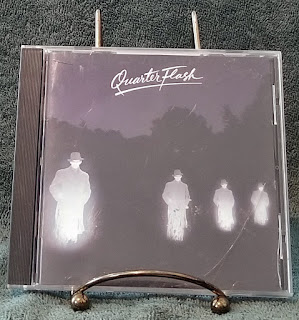 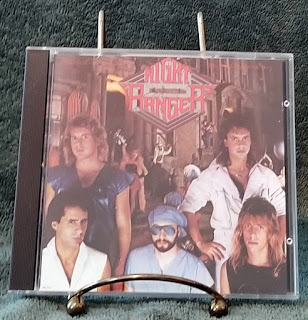 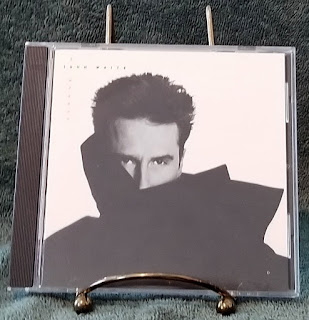 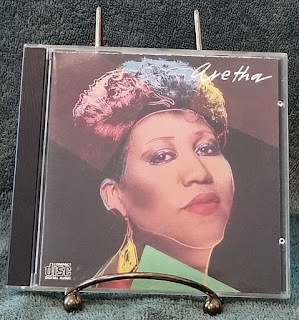 This wraps it up for today's mail call, but we're far from done. I have another 15+ CD's in route, and I suspect there will be many more to talk about tomorrow. I know this because these were in yesterday's mail, and I already have a stack sitting here from today's mail. Tune in tomorrow!

Click "HERE" to go back to the home page. For more posts related to this one, please click the labels below.
Posted by The Toy Box on July 01, 2020
Email ThisBlogThis!Share to TwitterShare to FacebookShare to Pinterest
Labels: Mail Call!