Monster Force is a very short lived animated series by Universal Cartoon Studios in 1994. The series ran in syndication, and was typically aired side by side with another Universal property, Exosquad.

The main focal point of the show was centered around a group of teenagers who with the help of high tech weaponry fight against classic Universal monsters. Some of the team members are driven by personal vendettas, while others are in it for the sake of saving humanity.

The show featured eleven recurring characters, and out of them seven were produced in action figure form by Playmates Toys in 1994. The figures featured impeccable quality as expected from the company behind Teenage Mutant Ninja Turtles. Each figure was unique in both sculpt and paint, and featured a slew of accessories. This wasn't a bad line at all - It was just unfortunately based on a cartoon that failed to reach a mass audience. 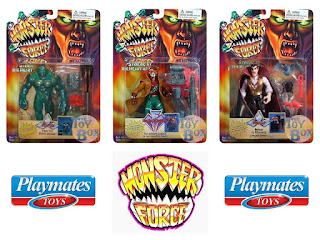 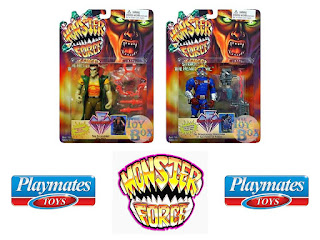 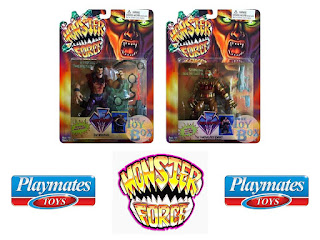 When the animated series was cancelled after just thirteen episodes so to was the action figure line. Since then, both seem to have fallen into obscurity.

Click "HERE" to go back to the home page. For more posts related to this one, please click the labels below.
Posted by The Toy Box on April 23, 2018
Email ThisBlogThis!Share to TwitterShare to FacebookShare to Pinterest
Labels: 1990'sMonster Fore, Monster Force, Playmates Toys