If you're looking for a solid Silver Age Superman line, you need look no further than - Well, Classic Silver Age Superman from DC Direct. The five figure line was released in 2006, and included pretty much every Superman character which comes to mind when you think of the Man of Steel; Lois Lane, Perry white, Jimmy Olsen, Lex Luthor and of course the man himself, Superman were all included. Not only that, but it's one of the few if not only opportunities to get Beppo - AKA, Superman's super monkey. 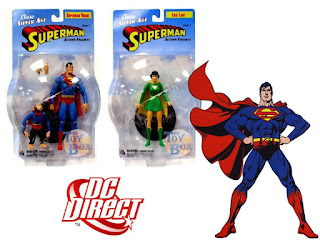 Superman (and Beppo)*Lois Lane (as Superwoman)

For those of you scratching your head at the Lois Lane figure above, let us give you a little background.

Lois Lane as Superwoman first appeared in Action Comics number 60 (her first appearance by the way). In the issue, Lois dreams she has received super powers by mean of a blood transfusion from Superman. As the years would pass by, Lois would make numerous appearances as Superwoman - Sometimes with the powers real - But only temporarily. 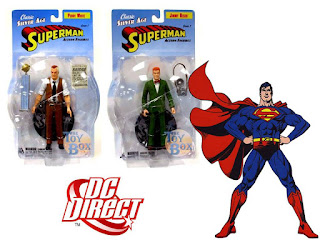 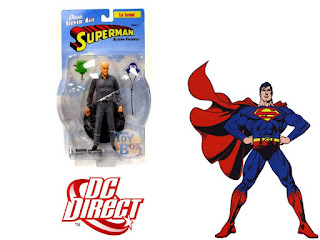 These figures capture everything which was Superman of the Silver Age!

Click "HERE" to go back to the home page. For more posts related to this one, please click the labels below.
Posted by The Toy Box on April 16, 2018
Email ThisBlogThis!Share to TwitterShare to FacebookShare to Pinterest
Labels: 2000's, Classic Silver Age, DC Direct, Superman