Coming hot on the heels of those other hard to find Target exclusives comes the Cobra Island Breaker for the G.I. Joe Classified line. Now, before I dive into this, I'm going to throw out there that I encourage everyone who's looking for all of the Cobra Island Target exclusives to continuously check their site. I was quite surprised to randomly stop by around midnight a few weeks ago to find all of the first series available for pre-order, including Baroness. Looks like Hasbro and Target are making good on their promise to supply more for people to actually get them.

Yes, I know in my last post that I said I was giving up on this line. However, when I came across Breaker, I suddenly felt that reinvigorated excitement of the figures, and nabbed this bad boy up. 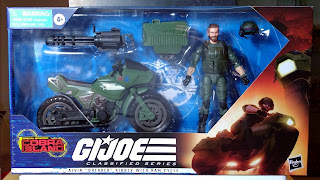 The package is the same dimensions to those of the prior released Baroness with Cobra C.O.I.L., and also features the same design that we've all come to know from the Cobra Island sub-series. The back features the map, with specific locations denoted. However, once again, they fail to tell you what those locations actually are, making them a bit useless. 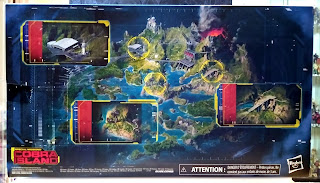 Flipping the package around on all angels also showcases that wonderful artwork, the Classified Files, numbering, and usual legal jargon.

Opening the figure up, taking an initial glance is a bit disappointing. He's certainly green. I know this is the classic look of the original 1982 figure. However, this particular iteration lacks any real detail to really make it pop.

I also don't like the head sculpt. This figure doesn't look like Breaker to me. Instead, it looks like a rejected Marvel Legend's Logan. If you didn't know this was Breaker, you wouldn't be able to identify it at all. Overall, and its biggest offense is that it's just boring. 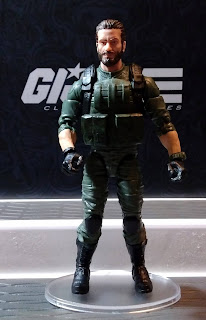 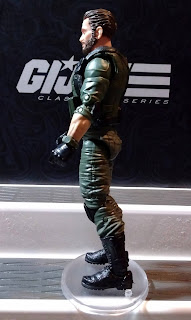 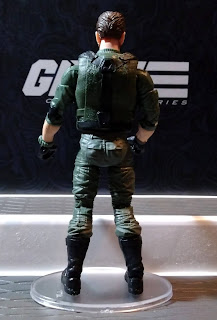 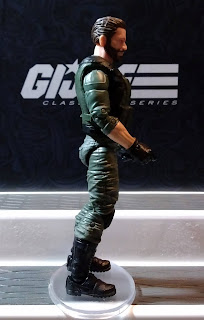 Looking at the accessories,it comes with a communication helmet, which is somewhat of an upgrade to the original 3 3/4 figure's original accessory. However, the lack of a backpack is somewhat surprising. Considering the Baroness came with so many additional accessories, it's a bit disappoint to see that Breaker just gets a helmet.

I suppose you could argue that the gatling gun can be used as the figure's weapon. For me though, it doesn't work. For starters, it's the exact same weapon that is going to be packed in with the aforementioned Heavy Artillery Roadblock. Second, this one is missing the ammo canister (which comes with Roadblock). It just feels skimpy for a $43.00 figure. Sure, you get the bike, but again, Baroness had the bike, as well as a knife, pistol, usable dual SMG's (that attached to the bike), a changeable helmeted head and snake.

If I could make a wish list, I would have liked a variant head with a bubblegum bubble coming out of the mouth, and again, a backpack with some sweet high tech interactive details.

Regarding the bike, it's ironically the most interesting thing about the figure. 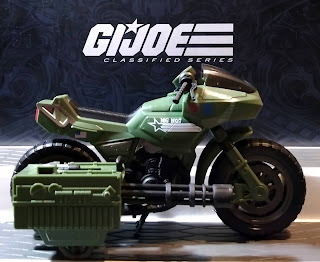 Quality wise, it doesn't feel as cheap as the C.O.I.L. bike. Design wise, it's also spot on to that of the vintage RAM cycle. I really like this, and that's saying a lot for me because I was not thrilled about the potential for vehicles to be released in the Classified series. If they make more like this, that pay homage to the original version, then I'm down with that. Bring on the HasLab U.S.S. Flagg! 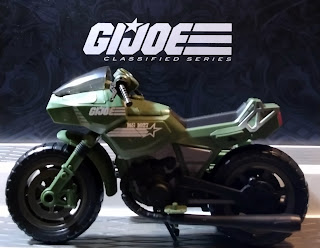 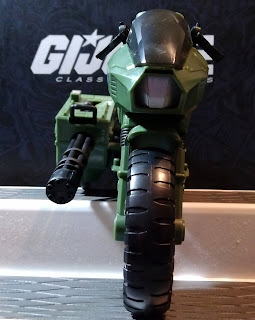 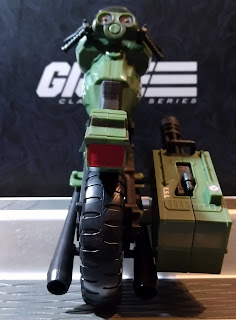 All decked out, and by that, I mean with the helmet on, Breaker looks...Well, just as bland as the figure looks without it. 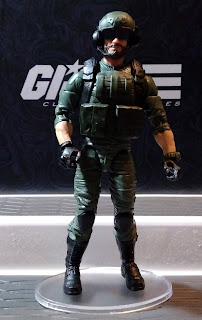 I don't know. I just really feel like Hasbro missed the mark with this one. As I said above, if you didn't know it was Breaker, you wouldn't be able to identify that it was supposed to be. But, I like the bike. 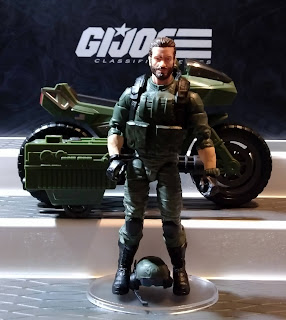 I really hope Hasbro raises the bar with future releases based on the vintage "green figures". Because this one is bland. I didn't even touch on the reused Duke parts for yet another figure.