The History Of The Titanic (Exclusive Premiere)

The History Of The Titanic
Exclusive Premiere
1999

Ever seen one of those toy lines where you find yourself scratching your head, asking, "Who is this for?" Well...Welcome to today's post.

I've talked about Exclusive Premiere dolls in the past. Quality wise, they're not terrible. However, logical wise, none of the dolls they released seemed to make much sense. They were so niche based that I can't imagine the company ever sold many. Considering they lasted only three years (1997 - 1999), my theory seems to be sound.

Take today's look at their last line. The History Of The Titanic. 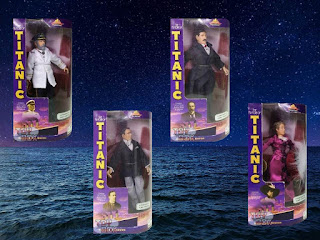 Seriously, who wants these? I'm sure there are avid Titanic historians out there. But do they collect dolls? I can't imagine many of them do. Even so, I can't imagine too many people even knew about this line. Not only was it obscure, but it was a Sears exclusive.

Talk about a toy company that just didn't get it. It's no surprise they were so short lived. It's all the more ironic that their dolls based on the Titanic were the last. What a disaster their company must have been. They just didn't choose good licenses to pursue, constantly catering to a non-existent market.

Well, Exclusive Premiere may not have done their research before throwing something out there, but I do. So let's dig in for a closer glimpse at one of histories most tragic accidents. Though unfortunate in every way, I think you'll find it to be far more interesting than the actual dolls themselves.

At twelve o'clock noon on April 10th, 1912, the RMS Titanic set sail for its maiden voyage from Southampton, England. Its destination, New York, USA. The voyage was estimated to take approximately 137 hours. However, at approximately 11:40 PM on April 14th, 1912, an iceberg was spotted far too late. The Titanic struck it, causing serious hull damage. Within a mere two hours and forty minutes, the ship had sunk to the ocean on April 15th, 1912. 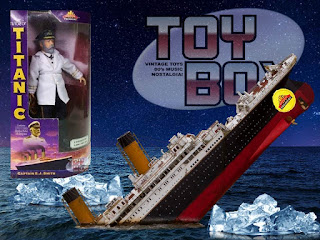 Captain EJ (Edward James) Smith served as a naval officer before taking the position as the captain of the Titanic. He perished in the disaster, going down with his ship. 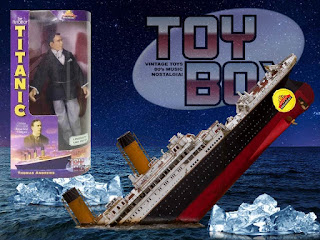 Andrews was the head designer of the Titanic, and ultimately blamed for the ship sinking. It is believed that the sixteen watertight compartment on the ship were not built to the correct height, and doing so may have prevented the  disaster. Mr. Andrews was last seen on the ship by Steward John. He noted Mr. Andrews was standing silently in the First Class Smoking Room, his lifebelt discarded. His remains were not recovered, nor has anyone confirmed seeing him alive since. 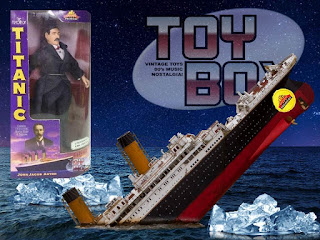 More appropriately, John Jacob Astor IV, was a business man and passenger on the Titanic. During the maiden voyage, he was traveling with his then pregnant wife, Madeline Force. They boarded the ship because they wanted their child to be born in America. Though he asked to accompany his wife aboard the lifeboat, because women and children were to be evacuated first, his request was denied. Astor saw his pregnant wife and her handmaids off to safety, but was unfortunately among the many who lost their life that night. 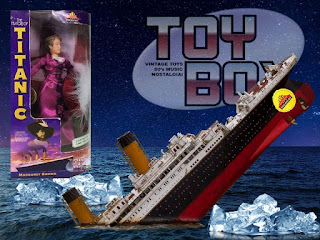 Margaret (Molly) Brown was one of the few survivors of the Titanic. While vacationing with her daughter Helen in Europe, she received news that her grandchild was ill. This prompted Molly to board the ship to return to America, leaving her daughter behind in London. In her biography she stated that she unsuccessfully pleaded with the members of lifeboat number six to return to the Titanic for more passengers.

Of the 3,300 people on board, only 705 survived. The tragedy of this was that even with the lifeboats, their capacity would have only been sufficient for 1,178 people, less than half of those aboard. Meaning regardless of whether they were fully loaded, 2,122 people would have still been left behind to perish.

The maiden voyage of the RMS Titanic remains one of the most tragic events in human history.

Click "HERE" to go back to the home page. For more posts related to this one, please click the labels below.
Posted by The Toy Box on June 28, 2021
Email ThisBlogThis!Share to TwitterShare to FacebookShare to Pinterest
Labels: 1990's, Exclusive Premiere, The History Of The Titanic, Titanic