Remember back in the day when cookies were super creative, but yet oddly tasted the exact same? A generic, crumbly, dry, cardboard / vanilla flavor. They were awesome! Though I haven't talked about too many of them here, one in specific which immediately comes to mind were Pepperidge Farm's Star Wars cookies from 1983.

Much like the aforementioned Star Wars cookies, Nabisco's Super Heroes featured various character shapes, featuring DC's classic heroes and villeins. To make them all the more enjoyable, Nabisco released a whopping ten different box variations, each one featuring its own character art. 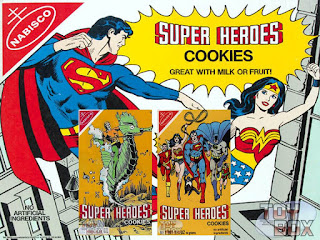 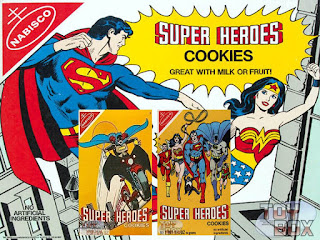 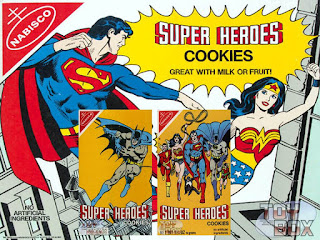 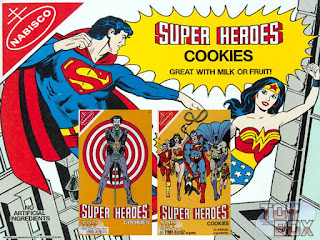 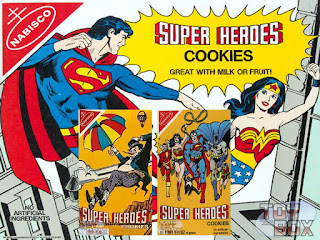 The boxes are actually quite comical in that they include a blurb on the side panel promoting fruit. "Food Facts - Over 7,500 varieties of apples are grown in the world today." Cause that's what people are thinking about when they grab a box of cookies.

Nah, when they were grabbing one of these boxes they were think of edible Superman, Batman, Wonder Woman, Robin, Batgirl, Shazam, Riddler, Penguin and Joker shaped cookies. 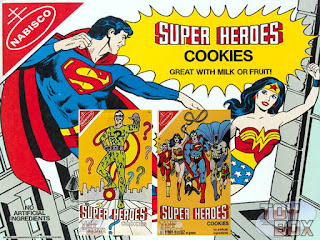 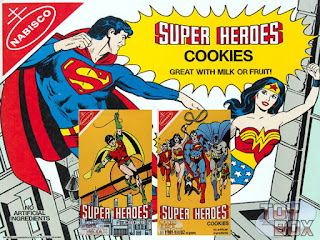 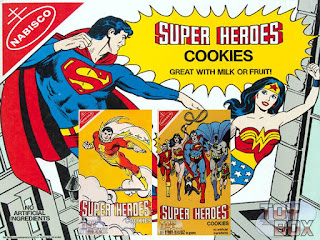 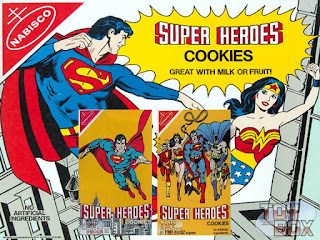 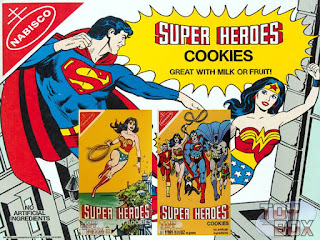 In 1984, Nabisco started the final campaign of cookies which consisted of all new Supergirl shaped cookies and boxes. What made these particular snacks collectible were the various super sized trading cards located on the back of each box. In total, there were fifteen different images to cut out and collect.

Of the various cards, some are definitely much more difficult to track down than others. However, there doesn't seem to be any real rhyme or reason as to why. 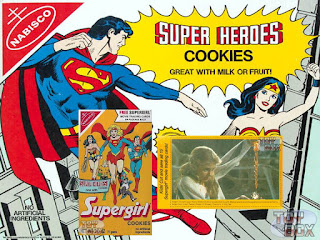 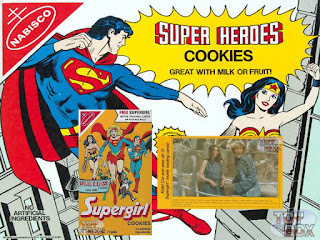 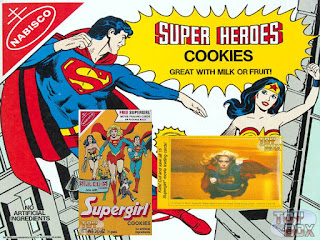 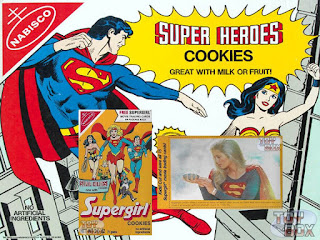 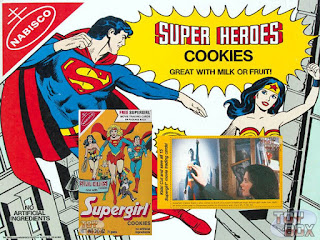 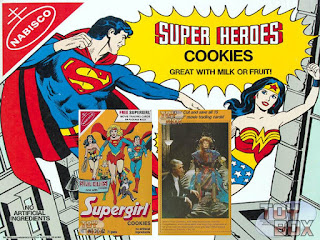 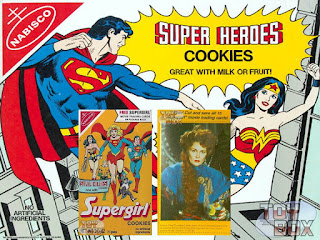 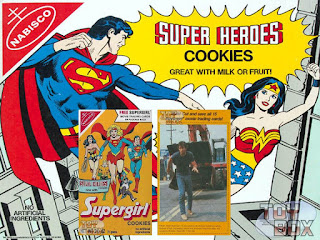 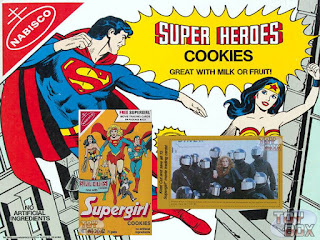 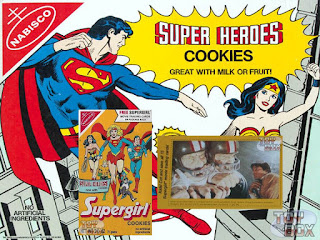 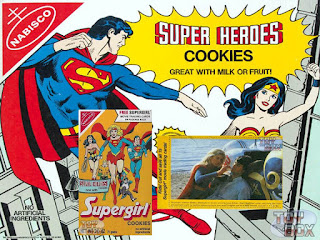 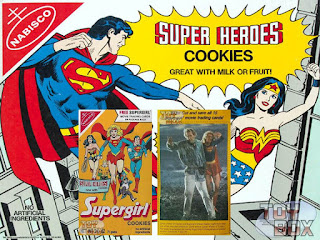 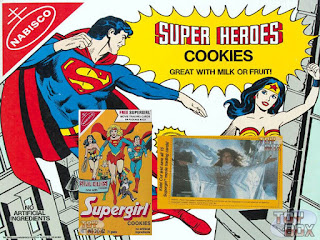 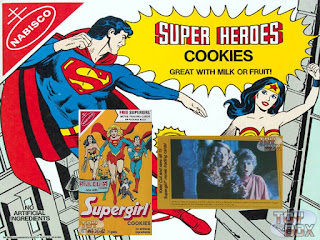 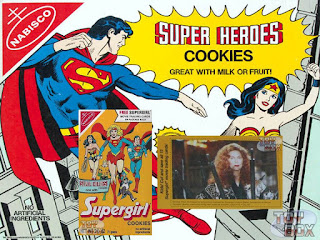 While I stated 1982 - 1984 above as the period these cookies were on store shelves, I actually cannot confirm if 1984 was indeed the year these were discontinued. There doesn't seem to be much information out there regarding these snacks in general. As such, the reason I landed on that year was because that was when the Supergirl movie came out.

Regardless of when they ended, I'm sure many a child was distraught the first day mom didn't come home with a box because they were no longer on store shelves. Fortunately, I'm sure there was something else on the market that was equally as exciting for kids. Oreo Big Stuf did come out in 1984 after all. But that's a post for another time.