Classic family friendly film turned family horror nightmare. Flubber was the substance seen in Disney's 1961 movie, The Absent Minded Professor and again in the 1963 sequel, Son Of Flubber. Capitalizing on the popularity of the first film and the hype of the upcoming sequel, Hassenfeld Brothers, who would later become Hasbro, produced their own concoction of the green bouncy goo. 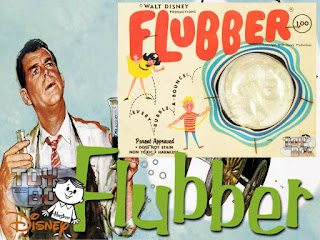 Unfortunately, soon after its release, several complaints started to flood their mailbox. Letters claiming their children had developed rashes after playing with Flubber caused concern for the company, prompting them to look into the mater further. It was discovered that the substance used for the toy was causing Folliculitis, a relatively common skin condition where hair follicles on your body become inflamed.

This led to several lawsuits, as well as, an FDA inquiry, resulting in Hassenfeld to recall and remove the product from the markets. However, the nightmare didn't stop there.

In an attempt to destroy the product, the company found the substance to be indestructible. Attempts at incinerating it only resulted in thick black smoke, which led to more complaints from the community their factor resided in. A second attempt to dispose of the materials by taking it to city dumps only yielded youngsters showing up to take it. 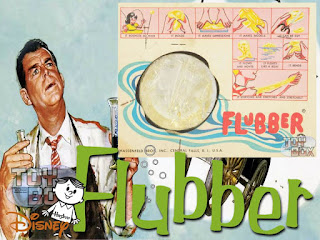 Hassenfeld then got permission to sink the substance in the ocean. This attempt failed also, as it turned out the substance floated. As a last resort, the company buried it underneath the ground the Hasbro's warehouse would eventually be built on. Even then, reports have surfaced from ex-Hasbro employees who claimed the substance would bubble up through the cracks in the ground on particularly hot days.

Boy, Professor Ned Brainard really came up with something indestructible when he invented Flubber.

While few and far between, unopened packages of Flubber can be found on secondary markets. However, you're going to pay a lot of money for one. The cheapest I've seen one was $600.00. Not only is this ridiculously expensive, but the substance inside in all likelihood has turned into a solid / hard substance. Not only that, but the green has faded considerably to an almost clear transparency -  Such as seen in the photos in this post.

Still, if you're looking for something rare and toy related, this could be exactly what you're next hunt should include.

Click "HERE" to go back to the home page. For more posts related to this one, please click the labels below.
Posted by The Toy Box on June 14, 2021
Email ThisBlogThis!Share to TwitterShare to FacebookShare to Pinterest
Labels: 1960's, Disney, Flubber, Hasbro, Hassenfeld Brothers, Son Of Flubber, The Absent Minded Professor