We're getting close to the end of the G.I. Joe file cards. Just four more years to go!

The early 90's were notorious for endorsing all things neon, and G.I. Joe wanted a piece of the action. Bright vomit colors were a plenty in the all new wave. Mind you, I use all new in relative terms, as 1991 was burdened with several re-imagined older figures. Sadly, these redesigns were not improvements.

Black painted weapons were also a thing of the past at this point. Instead, the characters got a varying degree of colors. These would often clash drastically with the figure they accompanied. A perfect example being the V4 Snake Eyes. While his blue uniform isn't terrible, the bright red weapons stick out like a sore thumb.

While I've dabbled in some of the figures from this year as an adult collector, I don't have many of them. I may pick up a figure here and there out of boredom and a "need" to buy something. However, this is not a wave I will be actively seeking to complete. Truth be told, I'll probably work on finishing 1988 and 1989 before getting anymore of the 90's released figures, and even those aren't necessarily a priority.

1991 also saw the second, and final, season of the DIC animated series. Not a bad thing, if I'm being honest. G.I. Joe had pretty much run its course at this point (for me), and even as an adult I have little to no interest in these particular years.

Still, the file cards are fascinating to read. 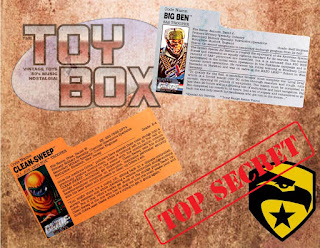 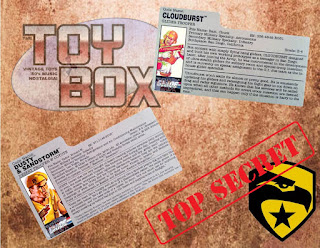 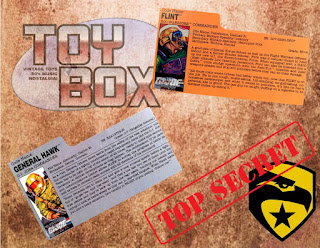 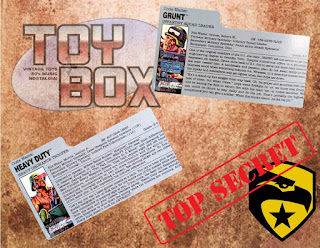 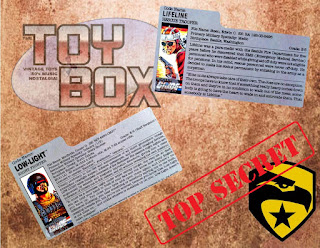 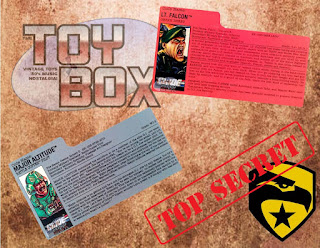 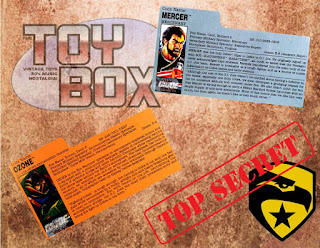 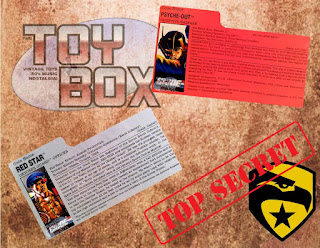 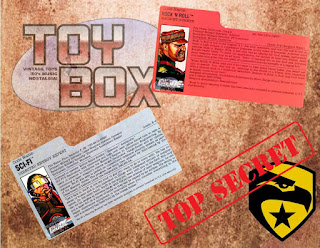 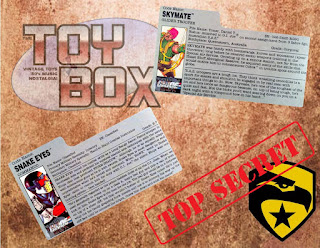 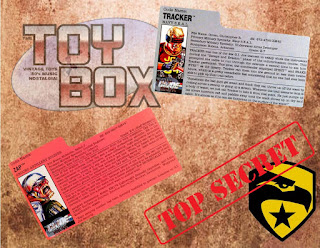 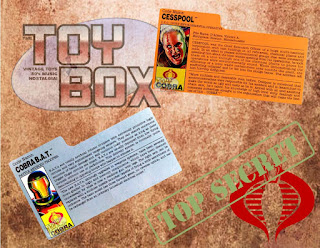 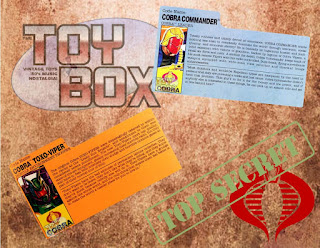 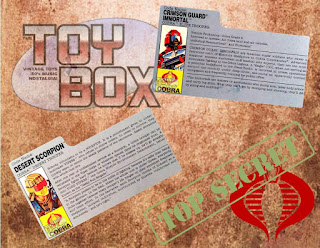 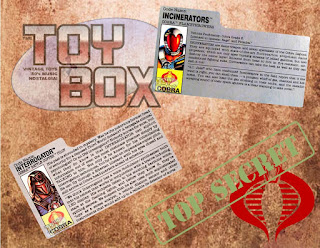 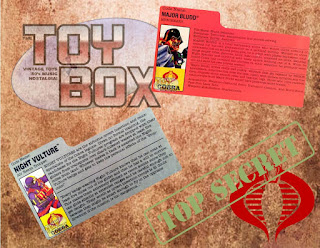 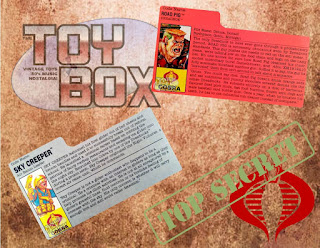 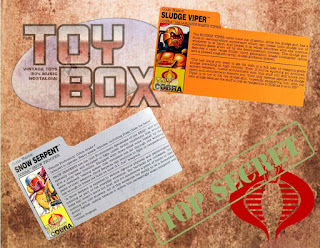 Click "HERE" to go back to the home page. For more posts related to this one, please click the labels below.
Posted by The Toy Box on December 07, 2020
Email ThisBlogThis!Share to TwitterShare to FacebookShare to Pinterest
Labels: 1990's, A Real American Hero, File Cards, G.I. Joe, Hasbro