All natural cream soda based on basketball pro Shaquille O'Neal? From a company more memorable for its tea? Okay...Let's have a look.

The soda was released in 2013 and featured four different flavors; vanilla, orange, strawberry and blueberry. Though this would sound like a Shaq and soda lover's fan, the retired b-ball player soon came under fire for promoting a sugar laden soft drink. 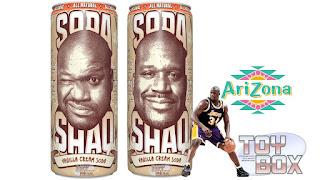 At three servings per can, each soda featured a whopping seventy-two grams of sugar, making it one of the worst soda's on the market at the time. Advocates for the Center for Science in the Public Interest denounced the player, quoting him as saying he himself avoids soda and worries about obesity and diabetes. A clear contradiction by the man now hocking his face on every can. 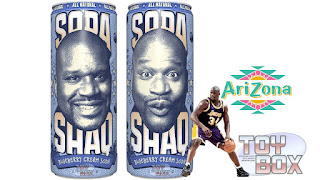 This didn't seem to stop the momentum of the campaign, and the drinks continued to be produced and sold until mid 2016. However, its cancellation came with quite a bit of controversy when it was found that Soda Shaq cans were being wrapped in Arnold Palmer cans and being sold under that banner. Granted, the soda had apparently been emptied out, but people claimed the flavors were definitely still there, ruining their Arnold Palmer drinks. 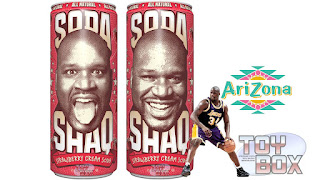 With a slew of controversy from its sugar content and interesting "recycling program", it's surprising to see that Soda Shaq isn't more memorable than it potentially should be. You can find cans readily available on sites such as ebay, and unlike other discontinued sodas, it's not too expensive. Granted, eight to ten dollars for a soda isn't necessarily cheap. 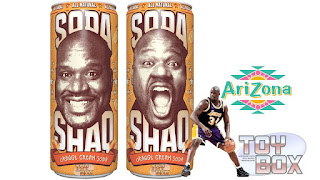