Call Frida a one hit wonder, and she'd probably look at you like you're mentally insane. While as a solo artist, she hit it big in 1982 with her track, There's Something Going On. However, this was by far the singer's first rodeo. Many will recognize her as Anni-Frid Lyngstad, or "the red head" from ABBA. Additionally, this also wasn't her first (or last) solo album. 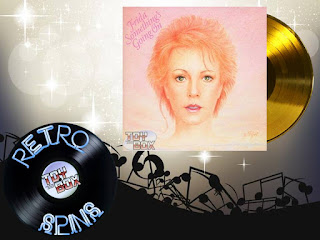 The album came about in one of those "fun" music stories, often reserved for VH-1's Behind the Music or Pop Up Video. Frida heard Phil Collin's In The Air Tonight, and from there spent about eight months listening to his solo album, Face Value. During this time, Polar Studios approached the Genesis front man, and asked if he would be interested in producing the album. Collins not only agreed, but also contributed to the album by providing the percussion, backing vocals, writing credits on one track, and a duet with Frida.

The end result is a mediocre entry into 1982. Nothing to write home about, but listenable. The biggest problem with the album is the good songs render the ones which aren't as somewhat forgettable. This is not for a lack of Frida herself. You can definitely tell she's bringing her all to each song, and not just phoning it in. Part of this could have been the problem that many of the tracks sounded too similar to ABBA's style, and not the good kind of ABBA tracks either.

I expected more from it, and looking back as I write this, I probably shouldn't have. Frida, after all, was always someone who got paid to sing someone else's songs. She was a singer, not a writer. That's no different in this solo endeavor, as she once again has no writing credits. Unfortunately, she just didn't pick very good songs to sing.

Click "HERE" to go back to the home page. For more posts related to this one, please click the labels below.
Posted by The Toy Box on December 03, 2019
Email ThisBlogThis!Share to TwitterShare to FacebookShare to Pinterest
Labels: 1982, 80's Album Review, 80's Music, 80's Music Review, ABBA, Frida, Genesis, Music of the 80's, Phil Collins, Retro Spins, There's Something Going On