Christmas 2019 has come, and with it, a wonderful haul of great things to play with. My girlfriend and family are always so generous, and I thank them all so very much for it.

This year I got an array of things, and believe it or not, none of them were action figures, vehicles or playsets.

First up, I'll show you what my girlfriend got me. 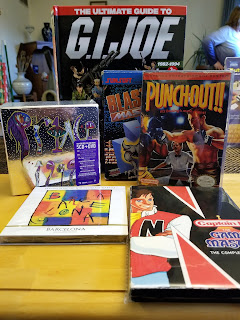 I got intrigued by Captain N: The Game Master when I started collecting boxed NES games. I think I may have seen bits and pieces of the series when it originally aired, but never really sat down to watch the show from start to finish. I'm looking forward to digging in.

The book in the background is The Ultimate Guide to G.I. Joe 1982-1994, 3rd Edition. Back in the day, I had volumes one and two, but this was long before I started buying Joe figures. I also parted with them several years ago when I purged myself of all my physical media - A mistake I won't make again.

My girlfriend and I actually chuckled when I opened the Christmas wrap it was hiding underneath because we both thought at the same time, "This would have been a helpful book three years ago." Oh well. My G.I. Joe buying days may be over, but perhaps with the help of this book I'll find a figure or two...or twelve that I decide to add to the collection.

In the realm of NES games, I received boxed / complete versions of Sunsoft's Blaster Master and Nintendo's Punch-Out!! 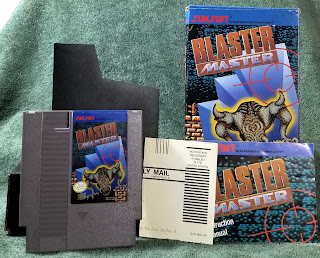 I've actually never played Blaster Master, or more accurately stated, I don't think I ever have. However, I kept seeing it on lists claiming to be a collection of the greatest NES games of all time. I figured with so many people stating this that there had to be some merit to the claim. I guess I'll find out. 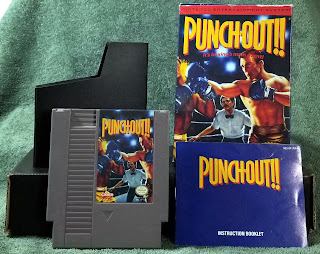 Mike Tyson's Punch-Out!!, a game I received last year for Chistmas, will always be my go to boxing game. However, there's still a lot to be said about it's "re-release", Punch-Out!!. It's essentially the same game, but removes Tyson from it due to the license expiring to use his likeness. Still, a great game unto itself.

Using the word, "lastly" lightly, my girlfriend got me a couple CD's - the Super Deluxe Edition 1999 from Prince and the Special Edition of Barcelon from Freddie Mercury and Montserrat Caballé. 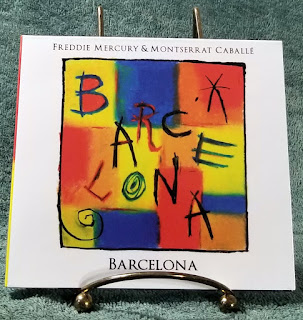 The Special Edition of Barcelona had been on my list of CD's to get for a long time, but oddly, I never pulled the trigger. For me, this is honestly bizarre since I'm such a massive Queen fan. Then again, I didn't get around to getting The Freddie Mercury Album until last year either - Ironically, also for Christmas from my girlfriend.

What makes this version of Barcelon "special" is that it removes the original synthesizer tracks, replacing them with all new fully orchestrated ones. Will it be all the more better for it? Well, I don't know just yet.

Part of me says, "The way you're hearing it on the original CD is how Freddie wanted you to hear it." I.E. synthesizers depicting the orchestration. I mean, let's be honest, Freddie wasn't exactly digging in his couch for coins to buy groceries. If he wanted a full orchestration for this album, he could have had it.

Still, I'm intrigued to hear it, and will decide from there which version is for me. 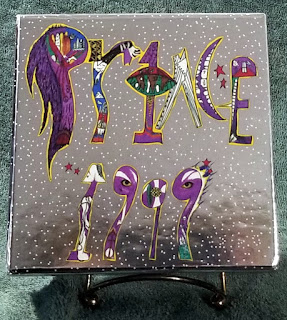 Prince's estate has been offering some great posthumous albums from the singer these past few years, and this year is no different. 1999 gets an overhaul that puts the prior released Purple Rain to shame. Not only does it contain five discs, versus the three from Rain, but also a massive booklet, all housed in a fantastically shimmering slipcase box.

Disc one contains the original album, fully remastered and the second disc contains the single versions, which also include the b-sides. However, it's disc three and four which I wanted to start with, and did. These two platters have what I really wanted to hear - promos, demos and unreleased material from the era. I literally just finished the first of these discs and the second has just started.

The set is rounded out with two concerts, one on CD and another on DVD. These are great additions, especially the CD. What was noticeably absent from the aforementioned Purple Rain set was a live album - Something Prince never really seemed interested in releasing during his career. It's great to finally have one. Too bad it doesn't include any tracks from Purple Rain, having been released prior to its recording and inception. 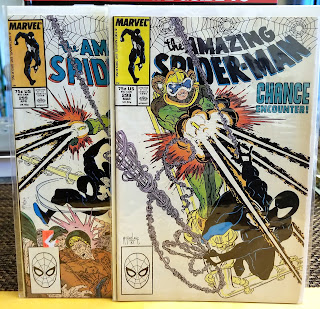 From my brother, I received two comics which have left major holes in my Spider-Man collection for some time - There are actually many holes in my collection which I'm working on filling.

The Amazing Spider-Man 298 and 299 might not be the best, in terms of story arcs. However, what they do feature, specifically on the last page of each one, is a glimpse of the soon to be biggest villain in Spider-Man history, Venom.

Venom of course makes his full appearance in The Amazing Spider-Man 300. However, these interludes into things to come provide an exciting cliffhanger to each book.

Another noteworthy aspect to these books, more so 298 than 299, is that 298 is the first Todd McFarlane issue in the series. Starting with this issue, McFarlane went on to pencil consecutively through issue 323, and then again for issues 325 and 328, moving on then to his own series, aptly named Spider-Man. 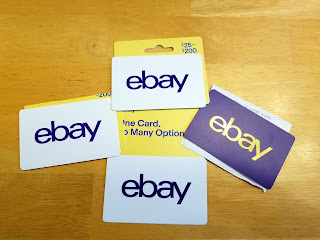 From family members and my girlfriend, I also received several ebay gift cards and "cash". The cash I'll put away for a rainy day. As for the ebay gift cards, I am going to put to use to get a comic I've been eyeballing for a few months - The Amazing Spider-Man issue 101.

This book is not only a part of the six-armed Spider-Man story arc, but also the first appearance of Morbius - The latter of which has been causing a considerable price hike in anticipation for the upcoming movie. Of course, that leaves me with a conundrum of hunting down issues 100 and 102 to actually finish and read said arc.

I won't say how much the cards equated to, suffice to say, I was able to get issue 101 without being out of pocket one penny. Mind you, that wasn't a mint condition copy, but rather in the condition I was "comfortable" with affording for my personal reading and enjoyment. I don't need mint books. I'm not an investor. I'm a comic book reader.

With the exception of stocking stuffer, most of which consisted of candy and a few other random gift cards from other family members, that wraps up Christmas 2019. A very generous one at that.

Mostly though, I enjoyed the blessings of being with family and enjoying the time to just relax and reboot for the upcoming new year. I hope your holiday season was as prosperous and enjoyable, regardless of what you got. I look forward to stopping by the various blogs to see what everyone got.

Click "HERE" to go back to the home page. For more posts related to this one, please click the labels below.
Posted by The Toy Box on December 26, 2019
Email ThisBlogThis!Share to TwitterShare to FacebookShare to Pinterest
Labels: Christmas