This year, Santa Claus filled my stocking with tidings of good reading...and by Santa Claus, I mean me.

As a young comic book collector, I was enthralled with the new Spider-Man series launched by Marvel Comics under the guidance of Todd McFarlane. As I found out about the various different covers, I diligently went to work getting all the various covers I could afford, which wasn't honestly many of them. I had the green newsstand edition, the newsstand silver cover variant and gold cover second print.

When I learned about the holy grail platinum edition, I begged my parents to buy it for me. The comic shop in Oregon predominantly displayed one on their top shelf, goading me every time I went inside the store. However, at $500.00, 1991 money, that was a definitive no on my parent's part. I tried saving up for it, but never managed to save up that kind of cash. Sure, a quarter here and a quarter there adds up, but not that fast. Certainly not to the tune I needed.

For Christmas 2019, I thought I would rectify that childhood dream that always remained so far out of reach. I took to ebay scouring the various listings for the platinum edition book until I found the perfect listing for one.

Though there were several, the one I finally landed on had eight different versions of the book, including the ultra rare second print Walmart copy. The price was perfect and I swooped it up. Of course,the downside was then playing the waiting game for it to come in the mail and then the added agony of forcing myself to wait until Christmas. With that day finally here, I can revel in finally owning a childhood dream comic book, as well as, the various other covers which were produced.

The picture below showcase these beauties. The ones that feature two books are the duplicate copies I had prior to buying the full listing. 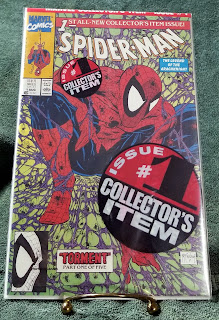 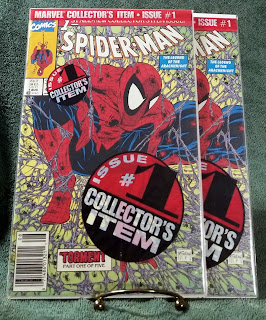 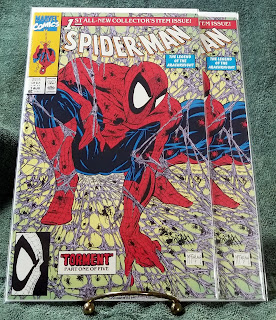 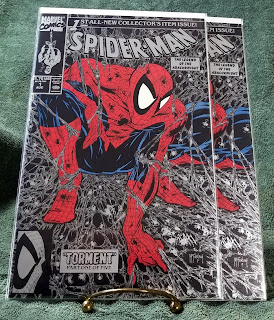 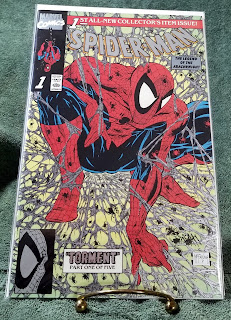 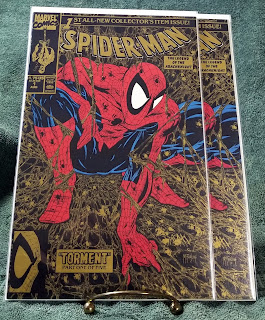 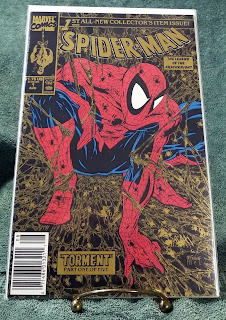 In addition to these comics, I also grabbed three books which feature a duo of my two favorite Marvel Comics characters together. I'm talking about Spider-Man and The Punisher. Amazing Spider-Man number 129, 134 and 135 feature the first, second and third appearances of The Punisher in the Marvel Universe.

I tracked down two of these three books, 129 and 135, at Schoff's Comic Convention in November. I then picked up 134 off a seller on ebay.

Number 129 was actually a book I owned as a young twenty-something comic collector, but it eventually went out the door when I sold off my entire collection. Wouldn't it be ironic if this copy was the same one I originally had? 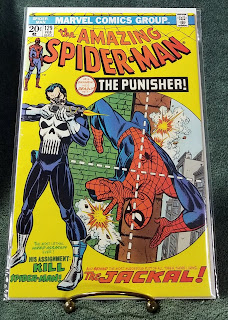 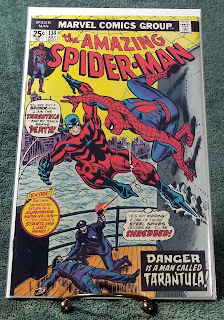 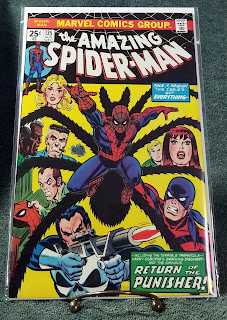 My comic collection is coming together wonderfully. I'm trying to be careful of the books I'm buying, avoiding filler, or straight up bad stories. This unfortunately comes with a bit of a high dollar buy in price for certain books. However, unlike my many childhood mistakes when collecting comics, I'm focusing on quality, not quantity.

Additionally, and some might think I'm crazy, but I'm actually reading what I'm buying. I mean, that's kind of what comic books are primarily for, right? Further, I'm really enjoying it. My only regret is not having enough time to just sit around and read more comics.

If you haven't seen my Order of Battle post on my comic collection lately, check it out!

While it's great to receive gift on Christmas, be them from yourself or friends and family, I hope all of you will take a moment to reflect on the true reason of the day. The birth of our Lord and savior, Jesus Christ. Toys and comics are great, but ultimately, they are just stuff. The greatest gifts of salvation and eternal life in Heaven come from Jesus.

Click "HERE" to go back to the home page. For more posts related to this one, please click the labels below.
Posted by The Toy Box on December 25, 2019
Email ThisBlogThis!Share to TwitterShare to FacebookShare to Pinterest