Hello, and welcome to 2018! This marks a special time for us here at The Toy Box as we begin our tenth year! Who would have thought that a post on a whim pertaining to 1982's G.I. Joe line would spawn into the decade long archive we've accumulated? It's been a lot of fun, and yes there were even times when hiatus's were due. However, we always came back. Thank you to all our reads who have joined us over the years. We hope to continue to entertain you with post after post each week...With maybe another hiatus here and there. 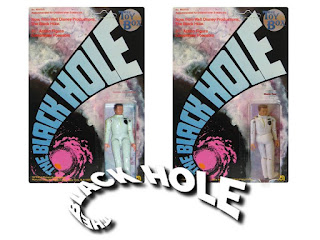 The Black Hole was Disney's attempt at cashing in on Star Wars - Which of course these days if they want to do this they just make a Star Wars movie. However, back in 1979 Disney was 30+ years away from that privilege, and had to suffice for their poorly received science fiction immersion into the abyss of space.

Visually the film was stunning for its time. However, the story was found to be too boring and convoluted for the average movie goer who perhaps was expecting an action packed adventure rivaling that of Star Wars. The end result while successful at the box office financial was a flop critically. 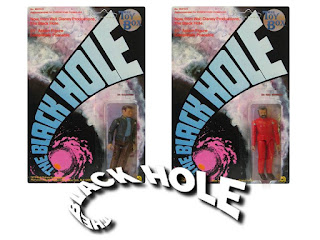 Anticipating success, Mego backed the film big time with its release of 3 3/4 inch figures as well as dolls. We won't be taking a look at the dolls today, but instead the miniature figures which Mego hoped would bring them the success that Star Wars bringing Kenner at the time. Needless to say, it didn't. 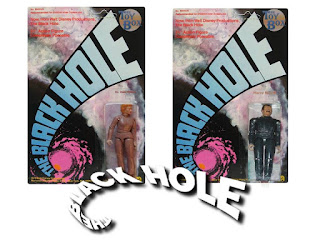 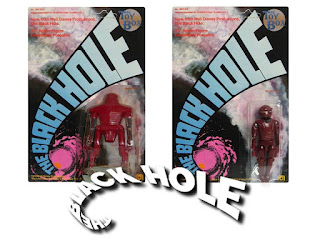 Mego launched with nine figures, each carded on a fantastic card back. If you look closely at the overall design of the figures, you'll see they more so resemble what would become the 1982 G.I. Joe line from Hasbro than the limited articulated Star Wars figures of the era. In fact, Mego was producing numerous 3 3/4 inch figure lines which could be considered far superior in quality to Kenners. Unfortunately they just never found the right license to catapult them to the success of their competitor. 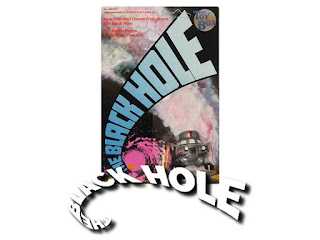 If someone would like to share photos of the foreign releases (specifically the ones not available in the USA), please leave a message in the comment section with your e-mail address, and we will reach out to you. Please note your e-mail address will not be published or distributed. It will only be used for the purpose of coordinating receiving the photos from you. We will of course give you credit in the post for your contribution. 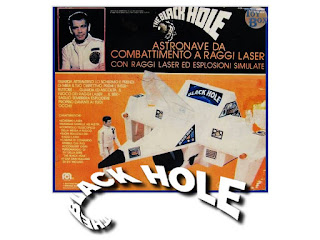 In addition to the figures noted above, foreign markets also received the one and only vehicle produced for the series, the Astronave. Unlike the figures, we actually do have a photo of this one.

Fans of Mego's Buck Roger's line will notice this vehicle is the exact same as the Laserscope Fighter - Only with a Black Hole sticker on it. The reuse of this design for The Black Hole will come as no surprise to Mego fans as this was actually quite common for the company to often reuse molds from various toy line to toy line to create "new" products.

Due to the various figures available both in US and foreign markets, it would be difficult to quote any values for this line. Prices are all over the map. Naturally the foreign carded versions are highly sought after by North America fans, making them far more pricey. The perfect example of this is Old B.O.B. which can easily set you back upwards of $600.00 loose. Suffice to say if this is a line you're interest in, bring a pile of cash with you on your search.

We're not saying Disney's The Black Hole doesn't have its fans of the movie. However, we think it would be a far safe bet to say the toy line probably has a larger fan base than the film.

We'll come back around to The Black Hole at a future date to take a look at the 12 inch dolls, but unfortunately this is not likely to be any time soon. The dolls are proving to be slightly difficult to track down.

Click "HERE" to go back to the home page. For more posts related to this one, please click the labels below.
Posted by The Toy Box on January 01, 2018
Email ThisBlogThis!Share to TwitterShare to FacebookShare to Pinterest
Labels: 1970's, 1980's, Disney, The Black Hole, Walt Disney