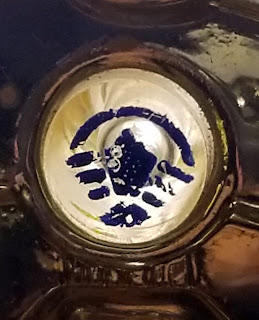 Earth, 2147. The legacy of the Metal Wars, where man fought machines, and machines won. 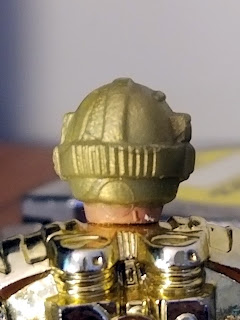 Bio-Dreads, monstrous creations that hunt down human survivors...and digitize them. 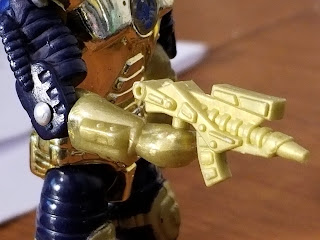 Volcania, center of the Bio-Dread Empire; stronghold and fortress of Lord Dread, feared ruler of the new order. 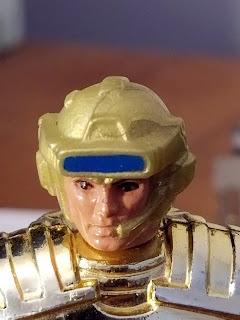 But from the fires of the Metal Wars arose a new bread of warrior, born and trained to bring down Lord Dread and his Bio-Dread Empire. They were soldiers of the future - Mankind's last hope.

Their leader - Captain Jonathan Power, master of the incredible power suits which transform each soldier into a  one-man attack force...

...and that's about it. I didn't pick up any of the other "heroes" in the series. 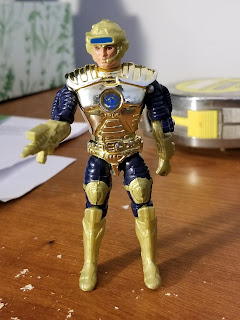 Captain Power was an unexpected Christmas or birthday gift back in 1987. I don't think I really knew what the series was and quite honestly was shocked in my adult years to learn the line was based on a full twenty-two episode series

As a kid, the real only exposure I had to it was the three VHS tapes which were a mixture of live action openings / endings and a cartoon interactive "game" in the middle. Truth be told, I really didn't play with the toys all that long - Despite having a handful of figures, the two ships and Power On playset. It just didn't entertain me all that much.

However, in my adult years, I felt an urge to track down the figure and add it to my collection. My main goal was to limit it to just the Captain himself, but when I had an opportunity to add Lord Dread into the mix I went ahead and did so. With that said, I doubt I will seek out any others - Even if found complete and cheap. The line really doesn't interest me enough to use up precious display space for more than the two. As it is, it's bad enough I have one of each figure loose and carded.

Speaking of of the other figure - Here's Lord Dread. 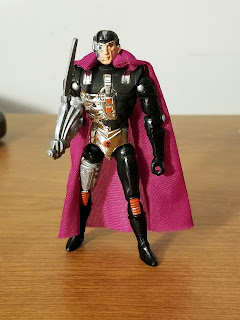 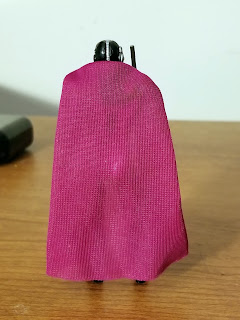 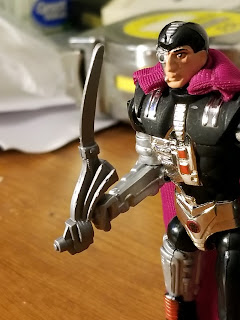 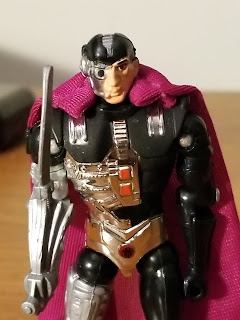 I have to be honest here, and this may come off as a real spoiled mentality. But. Now that I have these two figures...I'm kind of not impressed. Hindsight is knocking on the back of my mind asking, "Um...Why did we need these figures?"

Don't get me wrong. I still really dig the two carded versions I have. I just kind of feel like that would have been sufficient. I'm not sure why I felt the need to buy them again loose. Oh well. They'll sit on the display shelf until something boots them out of the prime real estate they take up - Which admittedly isn't much.

So with buyers remorse, signing off for the day.

Click "HERE" to go back to the home page. For more posts related to this one, please click the labels below.
Posted by The Toy Box on January 24, 2018
Email ThisBlogThis!Share to TwitterShare to FacebookShare to Pinterest