Today I wanted to share with you my girlfriend's wall of autographed Funko Pop! vinyl figures. Though she has yet to watch all of season seven or any of season eight, she is still huge into The Walking Dead series of Pops!. As such, one of the things I have been actively pursuing for her over the years are autographed vinyls from the actors. Or rather, JSA or PSA autographed ones since we aren't personally meeting said actors.

She had a fair collection of them going prior to this past Christmas. However, I came across an opportunity I couldn't pass up last year (wow that's odd saying "last year"). I essentially found every single last one of the "main" cast from the series which she didn't have (most of them from one seller) and needless to say I wasn't going to pass up this once in a lifetime opportunity. After a lot of haggling with the seller(s), we settled on a price, a deal was made and well...Now she has them.

I'm not necessarily one for putting actors, singers or in general "famous" people on pedestals. So with that said, I'm not big on collecting autographs myself. To me, I don't get all googly over someone's signature nor the fact that they have personally touched an item they have signed. But, I will be fair and say I can understand why others would. So I get it when it comes to collecting something such as this. There is no denying having an autograph on an item with a JSA or PSA certification certainly makes it unique. Definitely a conversation piece.

So without further ado, I hope you enjoy this collection of autographed Funko Pops! 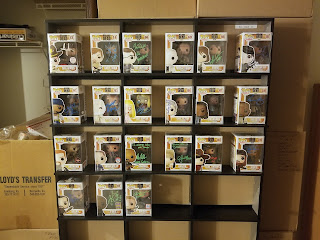 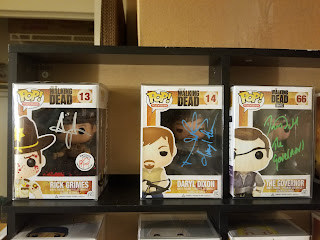 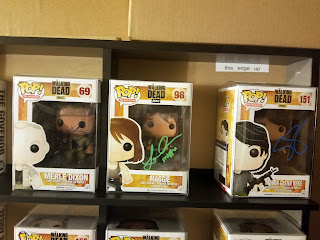 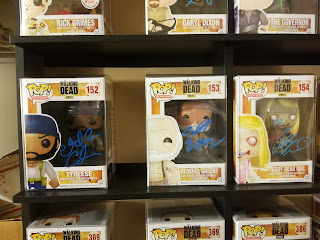 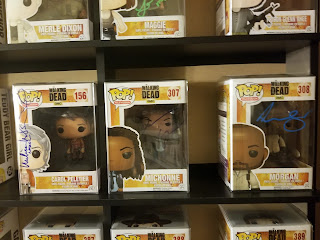 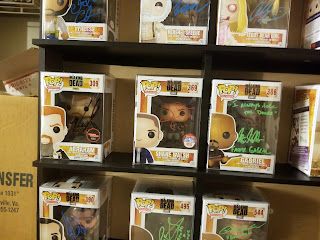 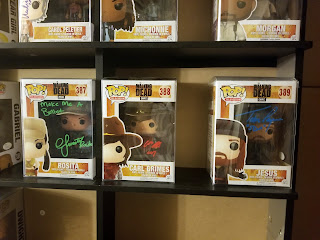 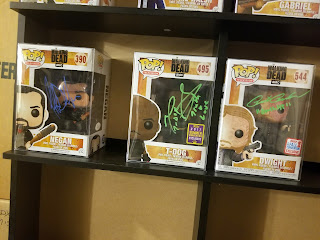 As for me, I'll stick to the comic book series, thank you.

Click "HERE" to go back to the home page. For more posts related to this one, please click the labels below.
Posted by The Toy Box on January 04, 2018
Email ThisBlogThis!Share to TwitterShare to FacebookShare to Pinterest
Labels: Funko, Funko Pop, Pop